Qatar ranked safest country in the world for sixth time Qatar has been declared the world’s safest country out of a hundred and thirty-three countries for the year 2020 in a mid-year ranking from the globally recognized global database site, Numbeo Crime Index. This year’s Numbeo declaration keeps Qatar at the top of the yearly ranking for the sixth time in a row. Officially the State of Qatar, it is a country located in Western Asia, occupying the small Qatar Peninsula on the northeastern coast of the Arabian Peninsula.

Numbeo is a crowd-sourced global database of reported consumer prices, perceived crime rates, quality of health care, among other statistics. There is no third party check or audit on the accuracy of data. Comparison against other international city data sources conducted by Ray Woodcock in 2017 suggested that Numbeo might be inaccurate on a city level, while on a country level it is more accurate. 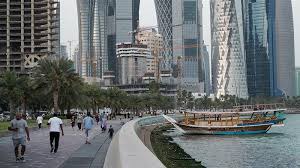 According to the report, Venezuela holds the top position as the highest in crime rate globally. Qatar’s lead as the safest country in the world reflects the Islamic state’s top level of security and the safety of lives and property. The Numbeo ranking is conducted in reverse order. In other words, the lower the crime figures of a country, the higher the country’s safety ratings. Numbeo’s database rates Qatar at 11.90 points thereby placing the country at the top of the chart. Venezuela rated 84.36 points.

Qatar’s state religion is Islam. Most Qataris belong to the Sunni sect of Islam. Shiites comprise around 10% of Qatar's Muslim population. Religious policy is set by the Ministry of Islamic Affairs and Islamic instruction is compulsory for Muslims in all state-sponsored schools. The Christian community in Qatar is a diverse mix of European, North and South American, Asian, Middle Eastern and African expatriates. They form around 13.8% of the total population (2010). Numbeo’s ratings employs domestic laws to measure crime rates in each country. The database has been publishing its periodic reports since 2009. Qatar’s sixth time position as the safest in the world should be a bit of an encouragement for the country that has been under blockade by its neighbors in the Gulf since 2017. On 5 June 2017, the UAE, along with Saudi Arabia, Egypt and Bahrain, severed ties with Qatar, accusing it of supporting terrorism. In addition to severing ties on 5 June, the UAE also expelled all Qatari nationals living in the Emirates and prohibited its citizens from travelling to Qatar. The reason given was Qatar's "embrace of various terrorist and sectarian groups aimed at destabilizing the region".

Qatar is one of the world's richest countries, and confidently struck out on its own from the Gulf coalition orchestrated by Saudi Arabia against Iran. Qatar has the second highest gross domestic product per capita in the world — at $129,700 — after Luxembourg's $139,100, according to the CIA World Factbook. Qatar’s reliance on oil and natural gas is likely to persist for the foreseeable future. 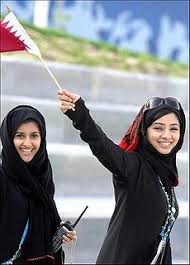 Qatar’s oil and natural gas resources are the country’s main economic engine and government revenue source, driving Qatar’s high economic growth and per capita income levels, robust state spending on public entitlements, and booming construction spending, particularly as Qatar prepares to host the World Cup in 2022. The Arab country ranked 6th out of sixty-three mostly high-income, countries for economic performance even though the country’s economic projections were rather bleak as inspired by the Gulf bans.

With a GDP per capita that has plummeted to $2,400, Yemen ranks at no. 1 on the poorest Arab country list. Even before the ongoing conflict, Yemen was the poorest country in the Arab world. Qatar is classified by the UN as a country of very high human development and is widely regarded as the most advanced Arab state for human development. Qatar is a high-income economy, backed by the world's third-largest natural gas reserves and oil reserves.