Most powerful women in africa

By Eledimab (self media writer) | 2 years ago

1. Graca Machel: was born on the 17th of October 1945, she is a mozambican politician and humanitarian. She is a widom if both former presidents of Mozambique and south Africa; Mozambican president Samora Machel and south Africa president Nelson Mandela. She is an international right advocate for women and children, and was made an honorary British Dame by Queen Elizabeth II in 1997. Graca Machel is a member of the African Progress Panel (APP), a group of ten distinguished individuals who advocate at the highest levels for equitable and sustainable development in Africa. And in 1992 she won Africa price awarded annually to an individual who contributed to the goal of eliminating hungar in Africa. Machal was the vice chancellor of the university of cape Town from 1999 to 2019,among so many honorary awards and achievement. She speaks six different languages including; french, Spanish, Italian, Portuguese, and English as well as her native xitsonga language. 2. Clare Akamanzi: She is a Rwandan lawyer, public administrator, business woman and politician,who has served as the executive director and chief executive officer of the Rwanda Development Board since 4 February 2017, and was retained in the cabinet, for her tremendous effort in the development of the country, letting her retain her portfolio. Akamanzi became a master of laws in trade and investment, which she obtained in the University of Pretoria, she also holds a master degree in public administration, obtained from Harvard University in Cambridge massachusetts, in the United States. She received an honorary degree in law from Concordia University in June 2018, and she also has alot of credit s to her name. 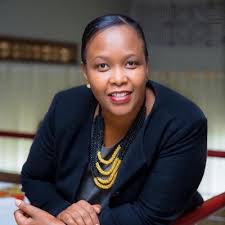 3. Folorunsho Alakija: was born on the 15 of July 1951, she is a Nigerian billionaire, business woman, who is into fashion, oil, real estate and printing industries. She is the group managing Director of The Rose Of Sharon Group which consists of the Rose of Sharon prints & promotions limited, Digital Reality prints limited and the executive vice chairman of Famfa oil limited. She also has a majority state in Day spring pleaseroperty development company, and she was also ranked by Forbes to be the richest woman in Nigeria with an estimated net worth of $1 billion. Folorunsho is married to a lawyer, Modupe Alakija of the Adeyemo Alakija Family in November 1976. The reside in lagos, Nigeria with their four sons and grand children. Her nephew is DJ xclusive, one of Nigerian celebrity entertainer in Nigeria. 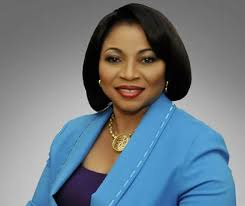 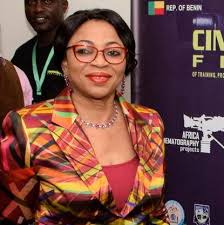 Content created and supplied by: Eledimab (via Opera News )