By FUNSHAROG (self meida writer) | 1 years 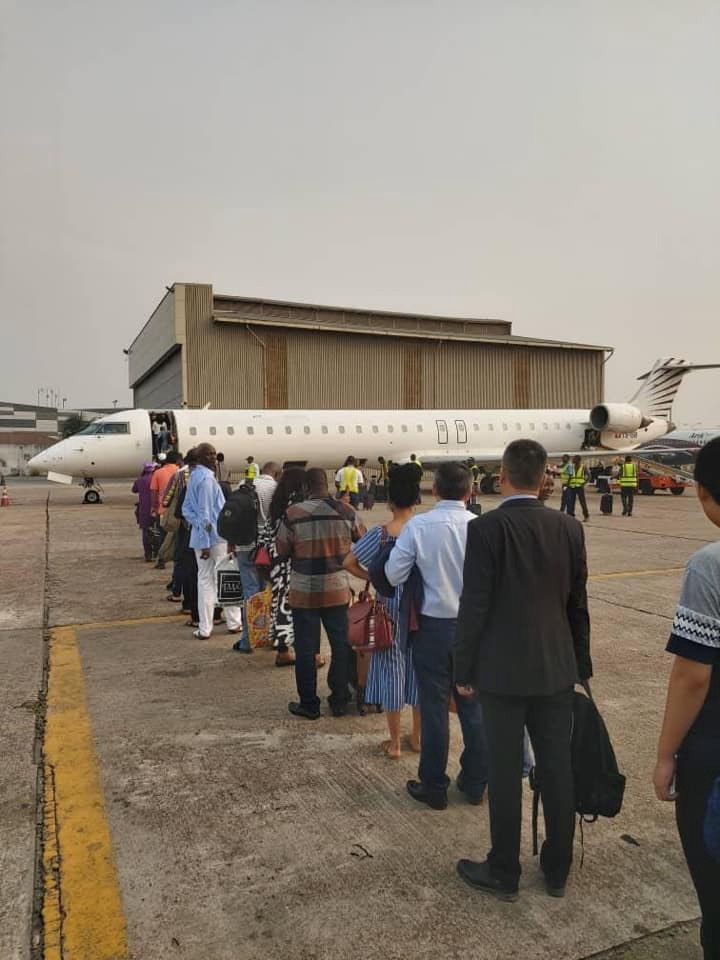 It took a Facebook post on Sunday January 19 by Senator Babafemi Ojudu, a renowned journalist, to jolt everyone into action. Ojudu, now Special Adviser on Political Matters to the President of Nigeria, had raised some concerns after he bought an Arik Air ticket to travel from Lagos to Abuja. On boarding at the Muritala Muhammed Airport 2 in Lagos, he was shocked to discover that he and other passengers would be flown in an unbranded aircraft.

“When we were bused to board the plane, I saw that the plane was not branded. This was to be my first shock," Ojudu stated. “On entering the plane to take my seat, I saw that all the crew were Arab-sounding male and female. Arik? What is happening? Has it been sold? If so when? Which company bought it? My curiosity as a reporter will not stop there,” he added. 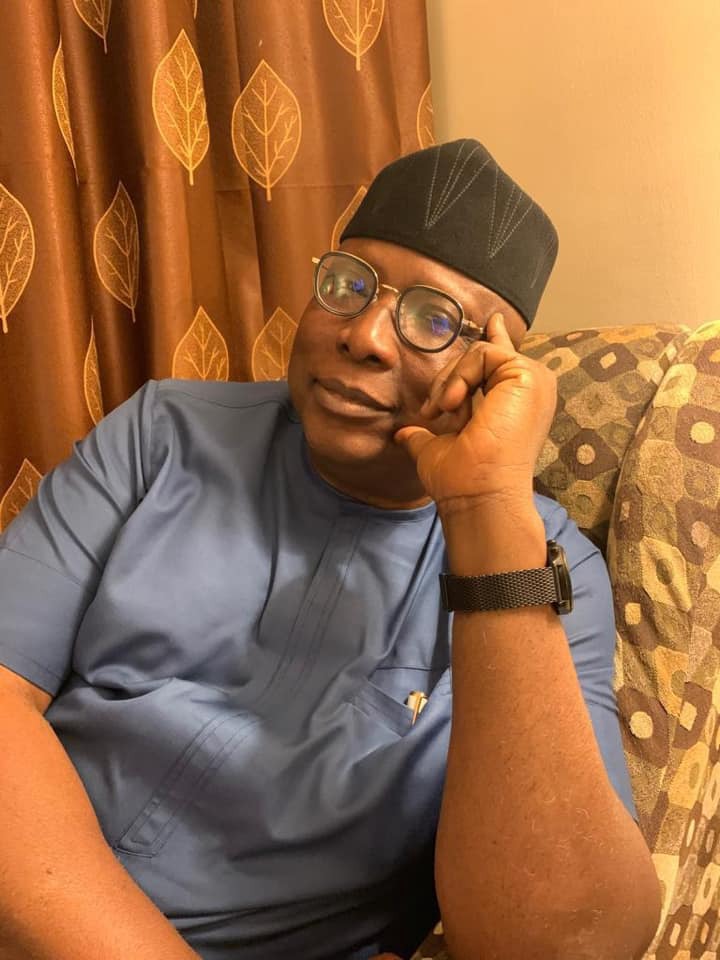 The Presidential aide continued; “On sitting down I went for the pocket of the sit and saw the safety card with the inscription Syphax Airline. So also was the inscription on the uniform of the hostess. I went and consulted Google and found this was a Tunisian airline established in 2011 and packed up in 2015.

“Still thinking what this could mean, right in front of me on the head rest of the seat was ‘ValueJet Service Operated By Arik’. When served refreshment, written on the pack was VALUEPACK. Again I went back to Google, ValueJet commenced operation in 1993 and ceased operations in 1997. Back in the seat pocket there is Malimbe, an Arik in-flight magazine for January 2020. 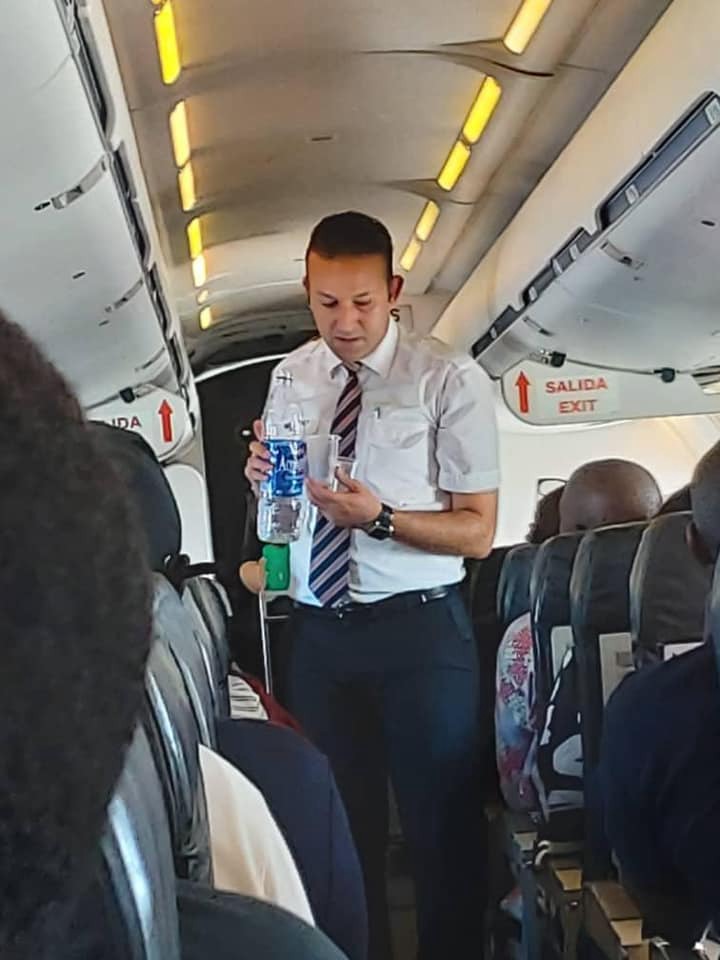 Upon inquiry, Ojudu discovered that this phenomenon has been noticed by some frequent fliers for close to two months now. “So it is not new. It didn’t start yesterday. What is happening? Someone needs to explain this to Nigerians,” he retorted.

To one of the co-founders of TheNEWS, Nigeria's popular investigative news magazine, there ought to have been a sort of investigation to break down what he experienced to the patrons of the airline and for policy makers as well.

He believes an airline is too important to operate in mystery. “Our lives are in the hand of this airline. We need to know the operators who we are handing our safety over to,” said Ojudu who queried why should a local airline like Arik Air parades entire foreign crew to run its domestic operation in an unbranded aircraft in Nigeria.

“You need to see the concern of the people when we were asked to enter the unbranded air plane,” he quipped.

Ojudu’s early Sunday post and the gale of reactions from the public obviously jolted some aviation journalists and experts to reaction. They set the records straight so as to keep the flying public informed of the scenario which are obviously the norm in the industry but strange to the public.

Mr. Wole Shadare, a senior Aviation reporter with Nigeria’s New Telegraph newspaper, was the first to douse the exasperation of the distinguished Senator who represented Ekiti Central in the seventh National Assembly.

Shadare explained that Arik Air, at present, is owned by the Asset Management Corporation of Nigeria, AMCON, and that the Nigerian carrier has only entered into a business arrangement —Lease agreement— with the Tunisian Aviation Company, Syphax Airline with the approval of the Nigerian Civil Aviation Authority, NCAA.

“The aircraft is on lease agreement. The owners will have their crew operate it and run the cabin. It is a win-win situation for both parties…It is more expensive for the airline (Arik) because it pays the crew, (handle) maintenance and every other things leaving the airline with marginal profit. It is done when an airline needs an aircraft or (fleet of) aircraft to service more routes. It is a business agreement accepted by the Nigerian Civil Aviation Authority,” Shadare explained.

The Aviation journalist added that the arrangement is not new in the Nigerian aviation industry as other airlines including Air Peace has had to lease EuroAtlantic Plane when it had a Pax Surge during last Christmas and Medview did same few years back. He also said defunct Nigeria Airways did same while other foreign airlines do same.

"It happens in the industry,” Shadare declared.

For Mr. Temitope Ajijola, a Business Project Controller with Emirates Airline, he corroborated Shadare's submission. According to him, Arik Air has not been bought over as been insinuated but has some planes on its fleet wet-leased from the Tunisian Airline.

He said; “Wet Leasing of an aircraft is an arrangement that involves lease planes with Pilots, Crew and Maintenance. This is why you can find the presence of Tunisian crew members. If you had the opportunity to check on the flight crew, you would see they are also Tunisian pilots. The deal is an ACMI i.e. Aircraft, Crew, Maintenance and Insurance which is managed by FlyValueJet, a full Nigerian-owned Aviation Company.”

But Ojudu in askance wondered why the airline and the entire aviation industry could not provide the public needed information and enlightenment on such arrangement instead of trying to keep them in the dark.

While narrating his experience, Mr. Augustine Agbonsuremi, a renowned broadcaster and Executive Director at PRIMORG, said when he initially flew on the unbranded plane, he was also curious and had to engage Arik Air officials in a discussion to find out what is happening.

“I took the pictures on my flight to Port Harcourt from Abuja...Arik is under the receivership of AMCON. They are on life support if you understand. The airline was mismanaged and they don’t have enough aircraft to cover their local routes. They are in lease of their space and invited this company,” he said.

It was learnt that in mid-September 2019, Arik Air leased on a long-term two Bombardier CRJ900 owned by Syphax, the Tunisian Airline, who was only granted permission to resume commercial operation in June 2019 by the country’s aviation ministry and airline regulators.

The wet-lease contract –expected to take about five months— is expected to bring in revenue for Syphax while it finalizes its own traffic rights in its home country, Tunisia. 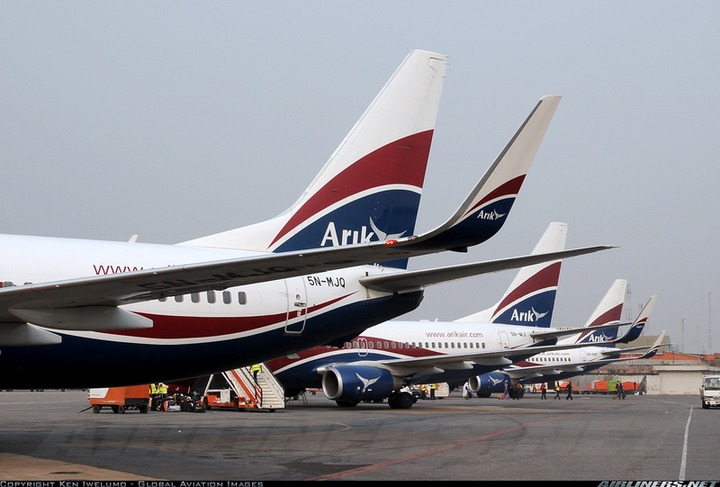 Arik Air, once Nigeria’s biggest airline, entered receivership in February 2017 due to myriad of reasons including its inability to pay workers, creditors and also suffered from non-payment of leases.

“Arik Airline has been in a precarious situation largely attributable to its heavy financial debt burden, and bad corporate governance...that required immediate intervention,” AMCON said in a statement.

Belaboured by increasing debts including N135 billion owed to AMCON, the Nigerian government in February 2017 stepped in, sacked the airline management, and appointed a new one for the carrier that used to pride itself as the country’s largest commercial airline.

The situation was so bad that only nine aircraft out of the 30 in the fleet of the airlines founded in 2002 were operational. It was said that 21 of the aircraft have either been grounded, gone for C-check in Europe, or facing other challenges. 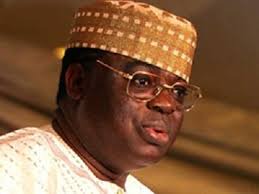 But while the beleaguered airline was accumulating over a hundred billion naira in debt, compelling a government takeover with taxpayers’ money, Sir Joseph Arumeni-Ikhide, the founder of the airline, was believed to have amassed a vast wealth in real estate, company stocks and other properties stashed around the world.

He is said to also own shares in three top Nigerian banks —Zenith Bank, Fidelity Bank and First Bank— valued at nearly $15 million.

While the man, said to are been investigated by the country's anti-graft agency, sits on huge wealth, the airline groped and care less about whatever fate eventually befalls Arik Air as well as unfazed by the pain and discomfort numerous flyers experienced.

In all, experts said the present arrangement is an evolving survival strategy for Arik to keep afloat and remain in business despite the inclement operating environment. However, Tunde Alabi, a concerned Nigerian, summed: “I hope the safety and security of passengers are not compromised in whatever arrangement that may have happened to Arik.”

Content created and supplied by: FUNSHAROG (via Opera News )

Does An Ant Really Die When They Fall From A High Place? Answers Given

Meet Benjamin, 6 Year Old Wonder-kid, Who Is An Apprentice At a Mechanic Workshop

10 Funny Dog Expressions For The Day