By Innyzinfo (self media writer) | 1 year ago

It is no longer news that, Agric-Business Small and Medium Enterprise Investment accronymed (AGSMEIS) is an initiative of Bankers Committee approved at on its 331st meeting held on 9th of February,2017. This was in a bid to support and complement the Federal Governments' efforts at promoting Agric-Business Small and Medium Enterprise as a vehicle for sustainable Economic development and employment generation. In this article,we are looking at the agency saddled with the responsibility of implementing this laudable vision of Bankers Committee,which requires all commercial banks in Nigeria to set aside 5% of their Profit After Tax (PAT) annually to ensure the success of this project and how what can be described as insensitivity,lack of communication and feedback channels from the agency ,is putting a clog in the wheel of progress of this laudable and commendable effort aimed at ensuring Small and Medium Enterprise (SMEs), have access to finance to boast our economy especially with the ravaging effects of the outbreak of COVID-19 on the global economy. 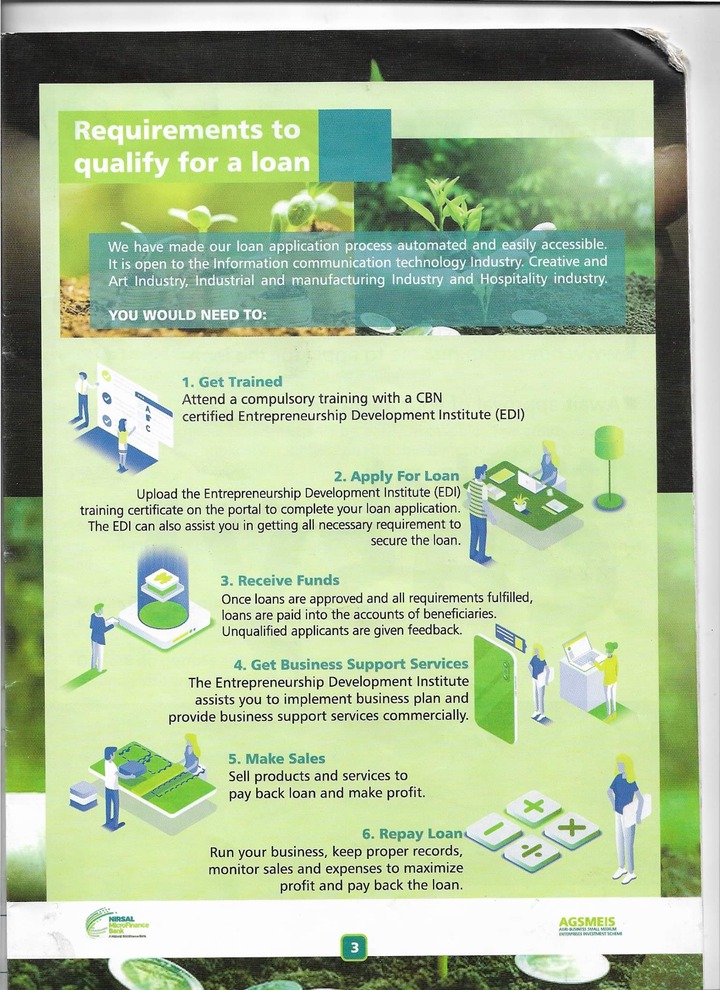 The Bankers Committee ,the CBN governor and other stakeholders working tirelessly to revamp our ailing economy and encourage local manufacturing, and production in the agricultural value chain,we salute you and sincerely thank and appreciate your good work.

Nirsal Microfinance Bank is the institution saddled with the responsibility of ensuring these funds are made available to farmers, manufacturers, producers, etc. It was established by the Central Bank of Nigeria to cater for these categories of Nigerians. We want to salute the Managing Director of Nirsal MFB for his good works and also wish to use this opportunity to bring to his notice and other stakeholders the pains and complains of hundreds of thousands of AGSMEIS applicants who are yet to benefit from this scheme after been interviewed over 5 months,4 months and 3 months back.

Sample of comments from applicants

All effort to get feedback from the Management of Nirsal bank has proved abortive as the official numbers on their website is always not reachable and when you walk up to any of their branches, their staff will tell you soon that they are working on it and this soon keeps never coming to pass. As I write now many frustrated applicants have gone to social media comment sessions to vent their frustrations.

This occasioned the need to officially bring to the notice of Nirsal MD, CBN Governor ,Senate Committee on Banking, House Committee on Banking,Bankers Committee, The Minister of Finance that AGSMEIS applicants are frustrated and are no longer happy with the lack of communication and feedback channels as well as the endless waiting in order to get their loan applications approved and their account credited.

Even after going through the rigorous process of attending a compulsory EDI trainings with some of the training centers charging training fees ranging from (N10,000 to N25,000) , submission and online Business Plan uploading and account opening with a certain minimum amount.

Most worrysome is the fact that,the Nirsal bank stated on their website abinitio as part of their mandate that this exercise will last for minimum of 6 weeks to 8 weeks from the date of application to disbursement. I can authoritatively tell you that a lot of persons have been waiting for more than 4 months after been called for interview and have gotten no single information from the bank whether they were successful or unsuccessful.

This trend is bad and a spade must be called a spade. Some of the flimsy excuses one gets unofficially from some quarters of Nirsal bank is they have backlog. If I may ask, where they management of Nirsal MFB not aware abinitio of the population of Nigeria and the teaming youth unemployment in Nigeria before coming up with such mandate of 6weeks to 8 weeks?

Must youths carry out placards on the streets as they are presently protesting on the streets for #EndSARS brutality before agencies saddled with responsibilities carry out their functions/jobs without fear or favour?

On this backdrop ,all the aggrieved and frustrated AGSMEIS applicants are calling on the Nirsal MFB Managing Director to expedite action and look into  the cause of this endless delay in fund disbursement. We are also calling on the CBN Governor, Senate Committee on Banking, House Committee on Banking ,Bankers Committee ,the Finance Minister and other stakeholders to look into this AGSMEIS scheme and find out what is causing this unwarranted delay so that Nirsal bank will fulfill it's mandate.

So many other person's (SMEs) who want to participate are now very sceptical and have withdrawn because other persons they know who applied over four to five months ago have not benefited.

Moreso, transparency, efficiency and accountability on matters like this will help reduce the rate of youth restiveness, criminality,cyber theft and other social vices in Nigeria because when the youths are empowered, they have no excuse for engaging in crimes.

From reliable information, applicants got disbursement last in March,2020 before the nationwide lockdown, even as the Monetory Policy Committee Reports announced,as contained in Business day Newspaper of 28th September,2020 by the CBN Governor after their meeting on the 22nd of September, revealed that, the number of applicants/beneficiaries have been extended to 14,638 and the funds released to the tune of (N54,66 Billion). 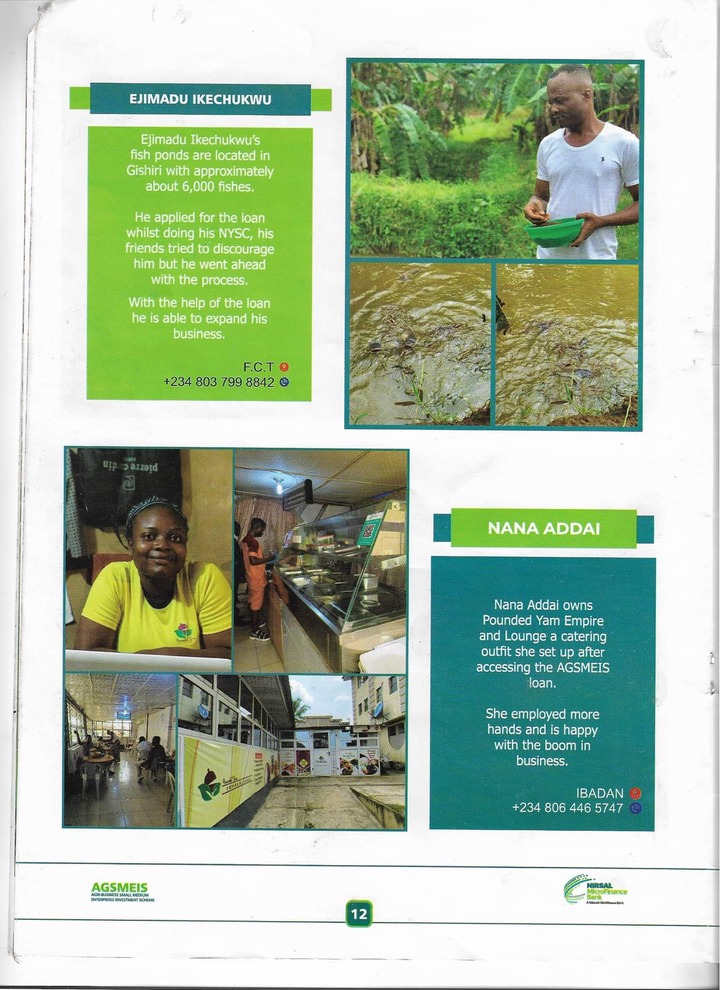 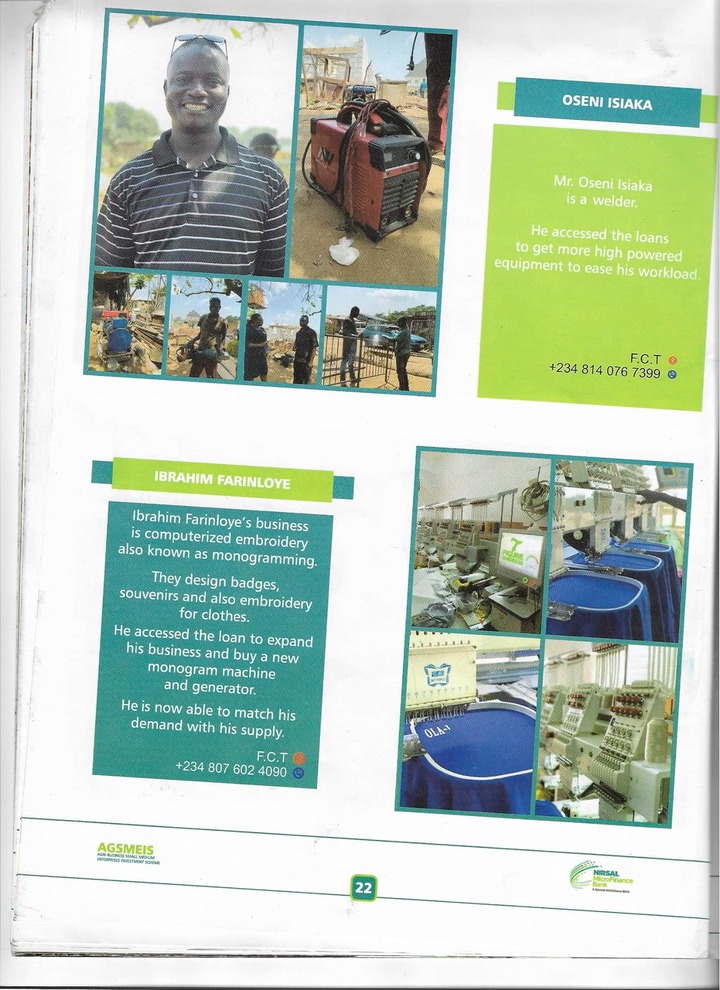 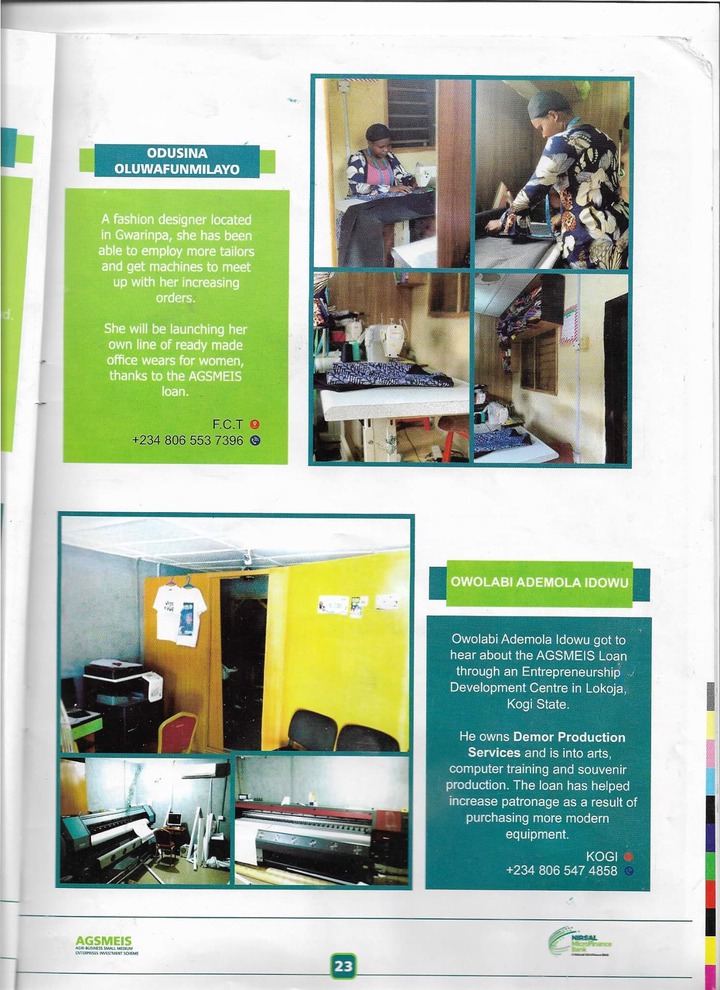 Above are pictures of beneficiaries .

Unemployment ,youth restiveness is already on the increase in Nigeria. Let those in positions of authority rise up and do the needful,an average Nigerian on the street is hungry and a hungry man is an angry man.

Content created and supplied by: Innyzinfo (via Opera News )