5 Billionaires And Their First Jobs

Everyone has to start somewhere, regardless of how rich they may be. While royalty are born to riches, self-made billionaires who made their wealth themselves have humble beginnings. Many of them were not born to rich families and it is typical to start off with some pretty humble jobs. Here are some of the richest people and what they were before getting that wealthy.

Warren Buffet is more than just a rich man. He is an investment genius and probably has the highest IQ known to man when it comes to knowing where and when to put your money to make more. However, things were not always that way. Despite the icon that he is now, he too had humble beginnings.

Warren Buffet started working on his billion dollar empire when he was just a little boy. When he was 13, he had his first job as a newspaper delivery boy. While most boys his age would spend their earnings on ice cream, he saved his money to build a pinball machine business when he became a teenager. He kept looking for business opportunities until he graduated from college with a $10,000 profit from his ventures. 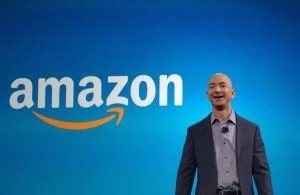 In Cody Teets’ book entitled “Golden Opportunity: Remarkable Careers that Began at McDonalds,” Bezos revealed personal info on his beginnings. There, it was revealed that Bezos first experience working was at McDonald’s in the summer during his teenage years. His father, Mike, also used to work at the fastfood chain.

Talking about his experience, Bezos revealed that he was working behind the grill and never behind the cash registers. He also revealed that the most challenging thing about the job was keeping everything steady during a rush. He had a great manager who kept his crew focused while having fun.

Everyone knows that Bill Gates is the richest man alive, being the man behind Microsoft’s stellar success. While we know that he dropped out of Harvard in his college years, what a lot of people might not know is that he had been following his passion early on. He first worked as a computer programmer for TRW, which he started when he was in senior high school. This passion would later lead to the empire that he rules now.

Years later, he would be the richest self-made person alive. He would later step down from his duties of overseeing everything at Microsoft to focus on his efforts in the Bill and Melinda Gate Foundation, which has notable work in improving education, developing vaccinations and providing opportunities for the less privileged.

Michael Bloomberg is an incredibly wealthy man worth $47.5 billion and is best known for his investment and political career. Before he is the person that we know now, he, too, had humble beginnings. He was not born to a rich family and had worked as a parking lot attendant before he became successful.

Being the hardworking person that he is, Bloomberg paid off his college fees by himself and even pursued his MBA in Harvard. He started off in Wall Street at Salomon and has since then worked to be one of the richest people on earth.

Tech billionaire Michael Dell started working at a Chinese restaurant, at the age of 12 as a dish washer. Later on, he would also take on the duties of a water boy and an assistant maitre d’ at the same place. When he left the Chinese restaurant, he then worked at a Mexican restaurant.

Regardless of where you might be now, you too can be a billionaire someday if you take the passion and perseverance to the same level as these people. Did this list inspire you? Share your thoughts in the comments below.