20 Things In Life That Are Simply Not Worth It 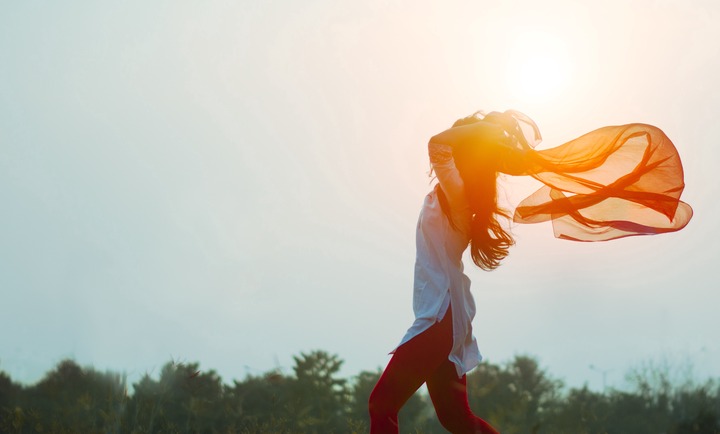 1. Maintaining friendships out of a sense of obligation — This equation that the time you’ve been friends with someone equals the quality of the relationship and loyalty you owe them is bunk. This does not mean become a Machiavellian person who keeps a tally of everything anyone is ever done for you. This does mean that, no matter how long someone has been in your life, if they become a detriment to it, you owe yourself to move on from them. Cutting people off who don’t deserve to be in your life is the ultimate form of self-care

2. Reading bad books — Follow the ‘50 page rule.’ If a book doesn’t grab you in the first 50 pages, stop reading it. This is why reading for sport, reading just to say how many books you’ve read, is nonsense. One great book you read over and over again is better than reading 10 mediocre books. Never waste time on lackluster literature when there are so many great books out there.

3. A house you can’t afford — Getting into debt over a house you shouldn’t have bought in the first place is the number one source of the middle-class nightmare lifestyle. You become an over-extended prisoner to your mortgage. For what? To impress your friends and neighbors that you don’t even like? I remember having a conversation with a guy at his new home — a big beautiful home. He offhandedly mentioned, “Yeah we probably paid too much and the mortgage is kind of killing us right now.” Ever so slightly, I saw a piece of his soul fade away in his eyes.

4. A lifestyle you can’t afford, period — There’s the house, then the $500 car note for the BMW, then the consumer debt for shopping and vacations. I’m not a fan of frugality, at all. I don’t think money is meant to just sit in a bank account. However, I’m a huge fan of living below your means. If you want to live a middle-class lifestyle, have an upper-middle-class income first, save the difference, and don’t become a slave to your materials.

5. Going to a timeshare presentation — I actually did this once in San Antonio Texas. They baited us with multiple $100 credit gift cards. 4 hours later, my father in law at the time ended up in a near screaming match with the salespeople who kept pressuring us to buy. We enjoyed an excellent seafood meal on the riverwalk, but in retrospect, we could’ve had some amazing experiences with those 4 hours. Avoid.

6. Joining an MLM pyramid scheme — Be wary of strangers who try to approach you at the grocery store, or old friends you haven’t talked to in a decade suddenly contacting you on Facebook messenger. They will try to disarm you with casual conversation until the inevitable sentence arises, “Are you interested in making an extra income on the side?” I will give these pyramid cults credit for one thing — they exposed me to reading and personal development. They use teachings and books as motivation to sell. I stopped selling, but I kept reading.

7. Staying with someone when you know it’s over — Why is it that we all have to stay in relationships six to 12 months too long? Both partners know. And all that wasted time could’ve been spent either focusing on being alone and happy or finding someone more suitable. “Relationships are work” yes, but don’t confuse that with staying in a relationship that simply isn’t working. If you’re married, sure, tough it out, but if you’re not, you’re probably wasting valuable time. We’ve all been there. Have you ever looked back on those wasted months in your past relationships and found them to be a good use of your time? Exactly.

8. Lying — Not even for ethical reasons. Simply because it’s tiresome to keep up with your own lies. Lies aren’t just harmful because you deceive others, but you also create a form of self-deception because you lose your own sense of who you are. White lies and lies of omission to spare hurt feelings, sure, but almost every other form of lying is counterproductive or harmful, to everyone involved.

9. Always speaking your mind — I have a bad tendency to play ‘devil’s advocate’ and add my two cents onto every little topic in conversation. Almost never worth it. You never come across as confident, just smug and arrogant. And the act of doing those things does come from insecurity. There’s a time and a place to speak your mind and when you see something that’s inaccurate to the point of being harmful, yes, combat it. But be careful, still, because your judgment of those statements is still subjective.

10. ‘Saving money’ on crucial items — Don’t buy cheap shoes or boots. Don’t buy a cheap bed. Definitely, don’t buy a cheap tattoo. You never want to skimp on the important stuff. And often, trying to save money in the short-run with low-quality products leads to spending more in the long run because you have to keep replacing the items. An old friend of mine got a tattoo in a basement once on each of his hands. It read, “Truely yours.”

11. Being cheap at dinner — If you’re going out to eat, just order whatever the hell you want. Get the appetizers. Get an extra drink or two — top-shelf. Get the steak and lobster dinner if that’s what you want. Go to a place where you can order anything on the menu and don’t even look at the prices. T Harv Ecker wrote a book called Secrets of the Millionaire Mind. One of the tips — even when you’re broke, save up some of your money to blow on something extravagant, even if it’s only once a quarter. Try going to a fancy restaurant and eating a real multi-course expensive meal. In some cases, saving money is just not important. Dinner is one of these cases. Oh, and, don’t be a jackass — leave a nice tip, at least 20 percent.

12. Being ‘penny wise’ and dollar foolish — I read this story once about this woman who obsessively clipped coupons, a ‘couponer.’ She was so concerned about saving every little penny on trivial items. Then, she convinced her husband to spend an insane amount of money on a pool that the family never ended up using. There are many examples like this, people focused on tiny little wins like not buying coffee at Starbucks instead of figuring out how to earn much more by getting a better job or starting a business. The amount of time spent on minutiae in lieu of decisions that move the needle leads to a life a petty tyranny.

13. Getting in a car with a drunk driver or driving drunk yourself — Get the damn uber. Who cares how much it costs? Most of us don’t ‘drive drunk’ but sometimes the line gets blurry. You had a few. It’s still daylight. What’s the worst that could happen? Just. Don’t. Do. It.

15. Arguing — Never in the history of arguing with someone has the other person said, “You know what, oh wise one, you are right,

I am wrong. Thank you for enlightening me.” Yes, there is such a thing as a good-faith debate, but it’s rare. Most people argue with each other just to hear themselves talk. You’ve seen these long comment threads on Facebook. “Maybe the 28th reply will do the trick.” No, it won’t.

16. Chasing people who don’t want you — I have a very simple rule for dating. I date women that, you know, like me. There are millions of women out there and some of them will really dig me. The rest? I’m just not their cup of tea and there’s nothing wrong with that. Interact with other people and stick with the ones that vibe with you. Let the rest live their lives. We have that tendency to want what we can’t have, but when you mature a bit, you understand that wanting people who want you back leads to a real bond.

17. Watching the news — I always get push back on this one, but I’ll say it again, the news is meant to misinform, not inform. Remember, “if it bleeds it leads.” The news isn’t fake in that it reports things inaccurately, although it sometimes does, but rather it creates such a spin on real events that it might as well be fake. If you must stay informed, stay away from cable news, at least. Find some credible sources elsewhere, e.g., independent journalists, and try to stay away from the outrage Olympics.

18. Focusing on politics outside of short time windows — A corollary of the above. You have your debates, elections, town hall meetings, etc. These small time windows can be used to engage in your civic duty. Aside from that, focusing on politics is a huge waste of time. You already know who you’re going to vote for anyway. Why add all the extra stress of fully immersing yourself in the depressing kayfabe that is political theatre?

19. Taking life too seriously — You can see the repression on people’s faces, especially these days. Yes, be pragmatic, but don’t be one of these people who take everything so seriously they never actually live life — nothing but a hollow LinkedIn page, some nice toys, a solid 401k, and a series of accomplishments that don’t really mean anything. Chase your dreams, do what you love, blow money on a trip you didn’t need to take, whatever. Just don’t build this altar to productivity because you can’t take your accomplishments with you to the grave.