It had been so awful on the consideration of Nigerians on the issue of COVID-19 pandemic. Many thinks it doesn't exist while some others had taken into action the positive safety measures. Meanwhile that shouldn't be the main focus of Nigerians in regards to the recent structure of our nation.

The long-term strategic plan that was launched by the Nigerian government in 2009 was to promote socio-economic development, economic growth and structural transformation. The goal was aimed at making Nigeria one of the top 20 economies in the world. Having in mind to achieve an annual GDP of $900 billion minimum and a GDP of $4000 per capital.

According to records,the current state of growing public debt of an iconic Nigeria - the giant of Africa, demands some questions, answers and positive response. You can also remember that Nigeria's national assembly approved a sum of 10.8 trillion Naira in an interval of 12 months(a year). To make it brief,a whooping sum of 41.6 trillion Naira had been owed by the Nigeria government.

Why I made an analyization of this debt records is to make you understand how idebted and scary the economy is. You could observe the extent at which the debt rose in just a few years. The COVID-19 pandemic had not just been a criteria but a need to borrow,as Nigeria government had no initial budget for such an emergency situation. Maybe looking at the challenges facing the economy, president Muhammadu Buhari (president of Nigeria) established an inter-ministerial economic sustainability committee. The committee has the remit to recommend and suggest what would prevent and hinder more economic crisis and collapse.

It was also proposed some months ago,that Nigeria has a total number of 104 million people living in poverty out of a figure of approximately 200 million population. Recently,it was declared that the COVID-19 economic collapse which had adversely affected a lot of sectors in Nigeria if not all,will cause an estimated number of 32 million people to live in abject poverty. Adding 32 million to the above figure makes me cry as I wonder the range of the midstream between the rich and the poor.

This tells the need for every Nigerian to arise. Records have it that SMEs contribute a lot to the economy in terms of exportation and production which is one of the basic ways of having a balanced economic growth. You are the future and the evidence of Nigeria's effort and efficiency. With every effectivity and effort,let us collectively brighten the future of Nigeria.

Begin to do something positive with yourself, engage in different legal business. Most of all,try to be self employed. The labour market need work creation than job creation,I mean,there is need to bring not just an employee but an employer. If we must help to build our economy and secure a bright future,then you and I must utilize the positivity of COVID-19. It didn't just made a negative impact but a positive opportunity for everyone.

Our role as citizens is not just to depend on the government for a better life,we can do that ourselves. Or are you going to be amongst the millions of those living in abject poverty?

Let our hands not be idle, collectively,with the effort of both the citizens and the government,I believe a better nation will be achieved. Let us not just look up to the government, everyone will be affected by the economic structure when our debts becomes obvious that we can't settle it. A nation of great minds, creative personality and amazing people who are working so hard and confidently. The pessimism on the possibility of COVID-19 in Nigeria should be replaced with a new optimism to achieve great things despite the challenges.

I therefore encourage you, equally as myself to utilize this period by positively engaging yourself and stop being dependent. COVID-19 calls for you to be creative. I recently watched a journalist on television who fries bean cake(akara). He is an employed journalist yet he engaged in this business which few men will agree to do so,to them it is for women.

Your effort is needed,there are so many opportunities, ensure you utilize it. It doesn't matter if you believe the existence of COVID-19 or not,but I don't think any government will have a reason to deliberately suffer or manipulate the citizens. Therefore put to action the safety measures by NCDC and make yourself a useful part of 'the giant of Africa'. 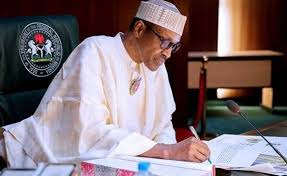 With that explanation above, every Nigeria should be busy and creative,to collaboratively fight against poverty and economic collapse.