"Where Is Nigeria Airways", Reactions As Ibom Air Takes Delivery Of Its Fifth Aircraft

By studio.opera.com (self meida writer) | 9 months 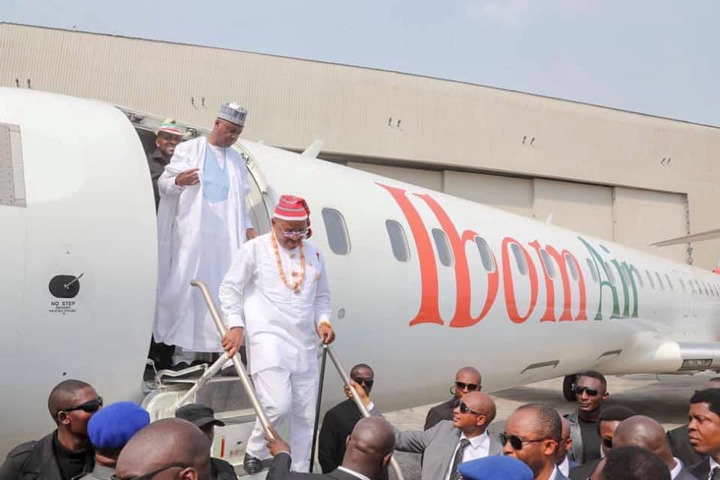 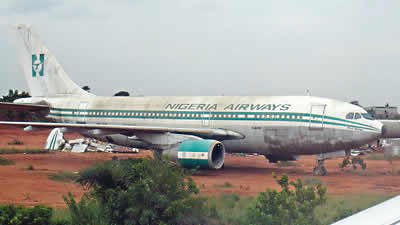 Nigeria Airways was a pride of the nation until it ceased operations for various reasons. The Nigeria Airways had its boom in the early 1980s, just before the departure of a KLM team that had been hired to make the airline efficient and profitable. It recorded about 30 aircraft in its fleet. 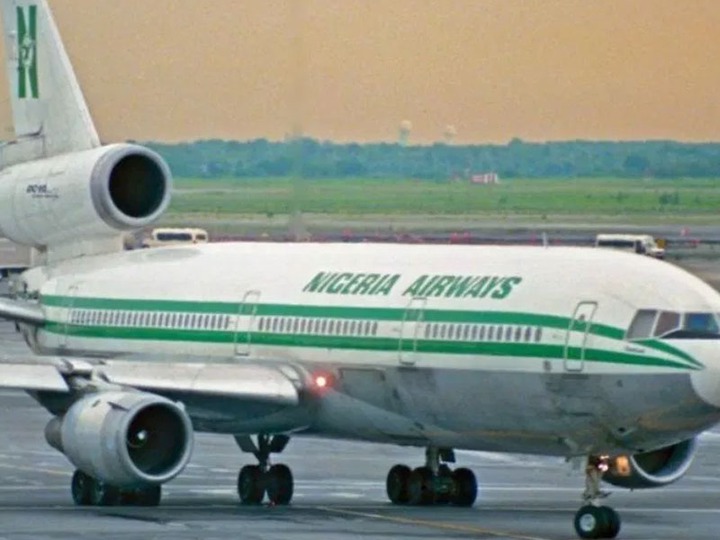 It may interest you to know that the first air link between Nigeria and the United States was launched in October 1964 and Called ″Operation Fantastic", it linked Lagos with New York. Sadly, an agreement is said to have been pulled between both countries allowing Nigeria Airways to sell a limited number of seats on these flights, Lagos-New York. 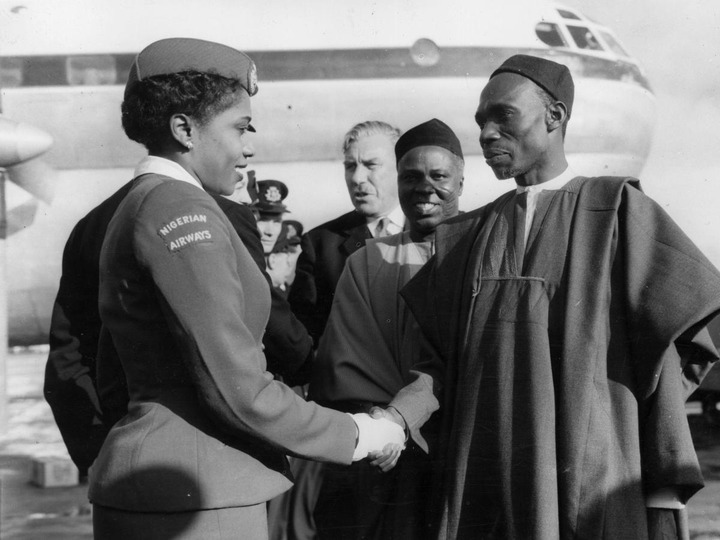 However, the first move towards the privatisation of the Nigeria Airways was considered in 1993 with a proposal to split it up in two companies, one bearing the same name and operating domestic routes and a new one named Air Nigeria, which would undertake the international operations.

Taking you a bit further to what makes the company ceased operations, it may sound awful but it's real that in May 2003, when Nigeria Airways had a Boeing 737-200 as its sole serviceable aircraft, the Nigerian government in its wisdom decided not to pump more money into the overstaffed carrier but to liquidate it.

Consequently, the decision was based on the declining performance of the airline's last 15 years of operations and on the carrier's debts profile.

After an agreement was reached with Virgin Atlantic Airways which later birth Virgin Nigeria, it still never made any improvements as the facilities were taken over by Arik Air. 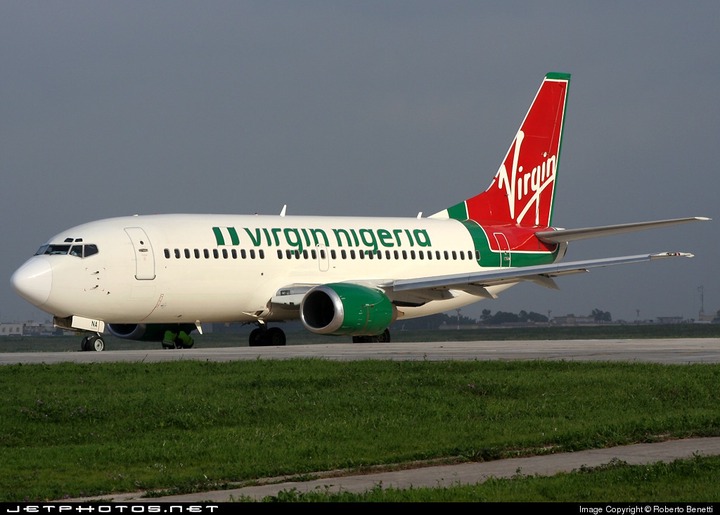 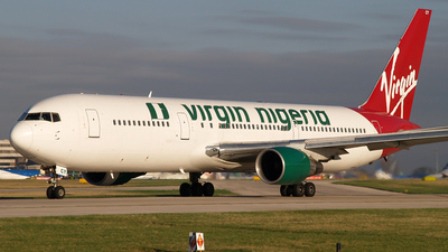 On the other hand, Ibom Air is one of the most performing airliner in the Nigerian aviation industry and its the only State owned airline in the country. It's managed by the Akwa Ibom State government in a bid to fulfill its promises on making the State an industrial hub for economic development and prosperity. 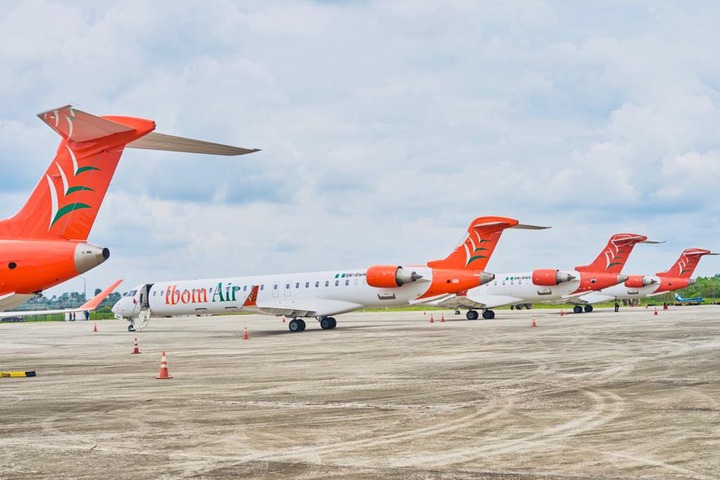 For the record, Akwa Ibom is the first state in the country to own an airline. As of May 2020, Ibom Air has a fleet of four Bombardier CRJ900 aircraft and recently has added a new one to its fleet making it 5 now.

Ibom Air has really expanded it fleet of aircraft and the state aviation industry is taking a new shape, competing favourably with other national carriers.

According to a statement from the official Facebook page of Ibom Air, the management wrote as it took delivery of the 5th aircraft,

"After delays occasioned by the Covid-19 pandemic, Ibom Air is pleased to finally receive its fifth bombardier CR J900 aircraft, the second of the two additional aircraft purchased in December 2019. The aircraft, with registration number 5N-BXO, arrived Lagos from Calgary, Canada at 00:05 am local time, Saturday morning (1st August, 2020)." 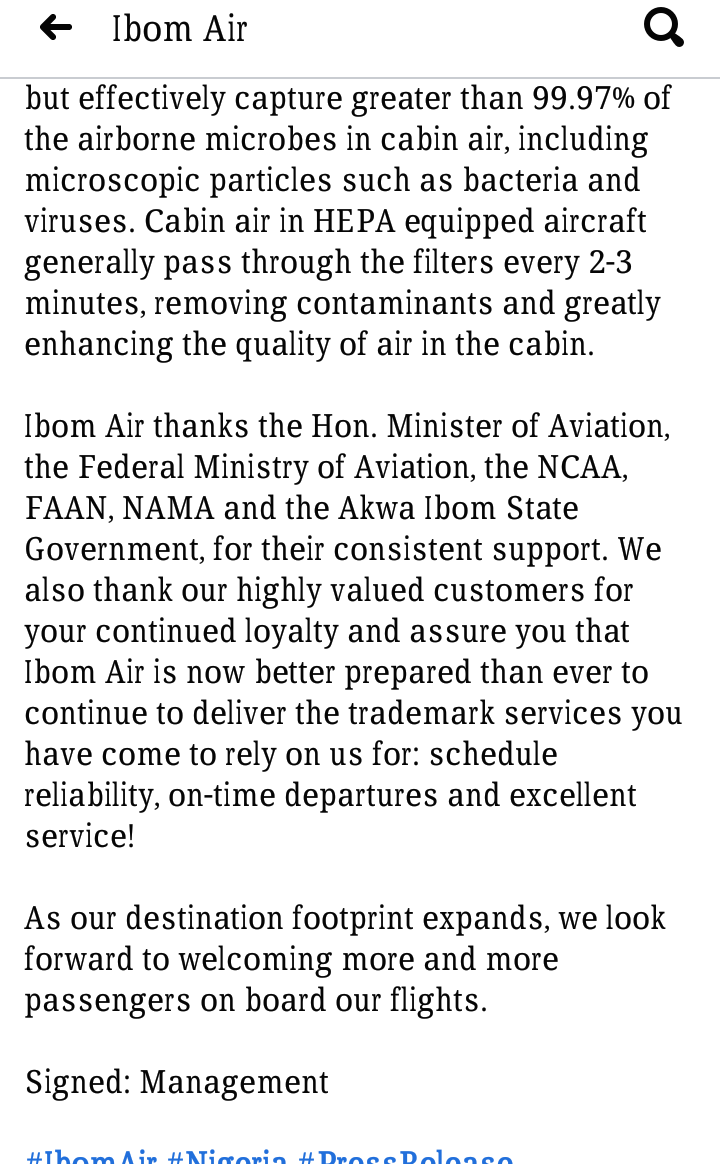 Ibom Air shuttle choice destination for the comfort and satisfaction of its customers. Hence, Abuja, Lagos and Calabar are the States of the airlines coverage at the moment and hopefully it will cover more States across the country.

Meanwhile, see the beautiful photos of the aircrafts and their gorgeous air hostesses making flying in the airplane a memorable one for all its numerous customers in and across the State. 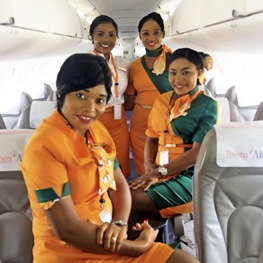 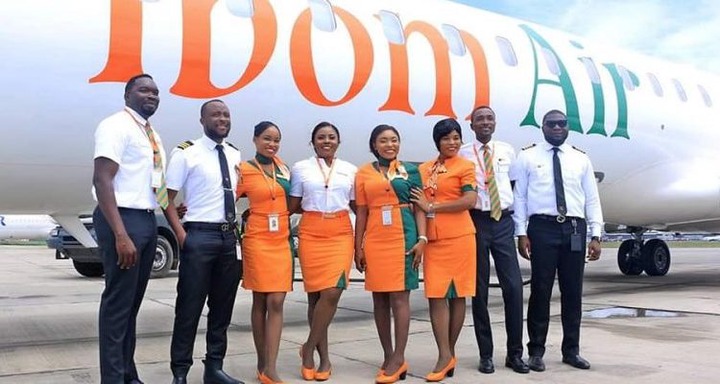 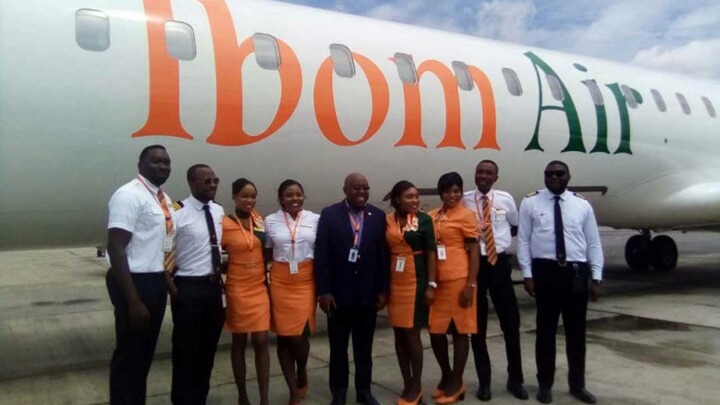 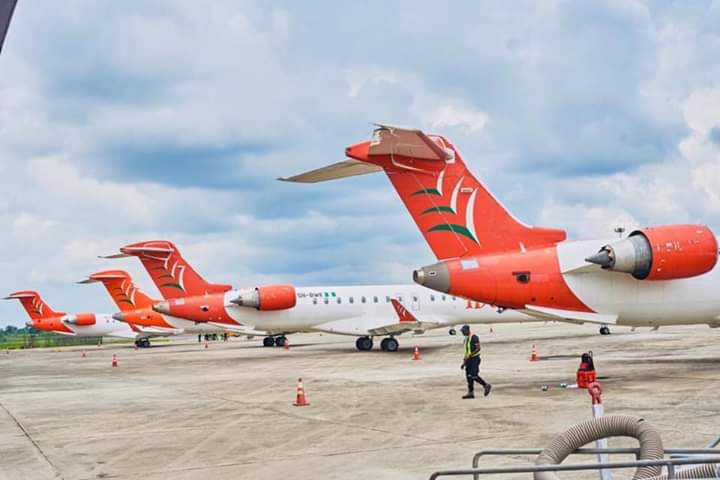 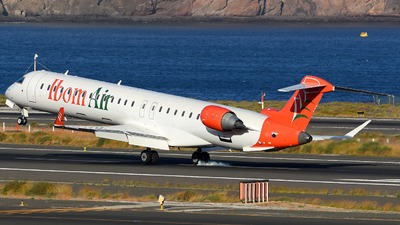 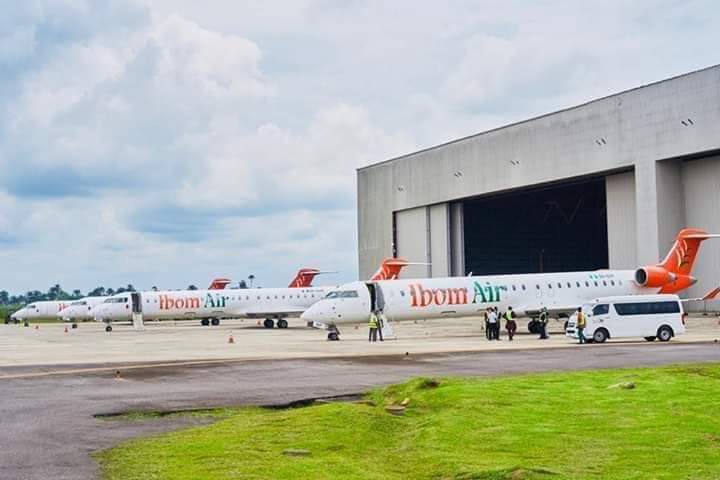 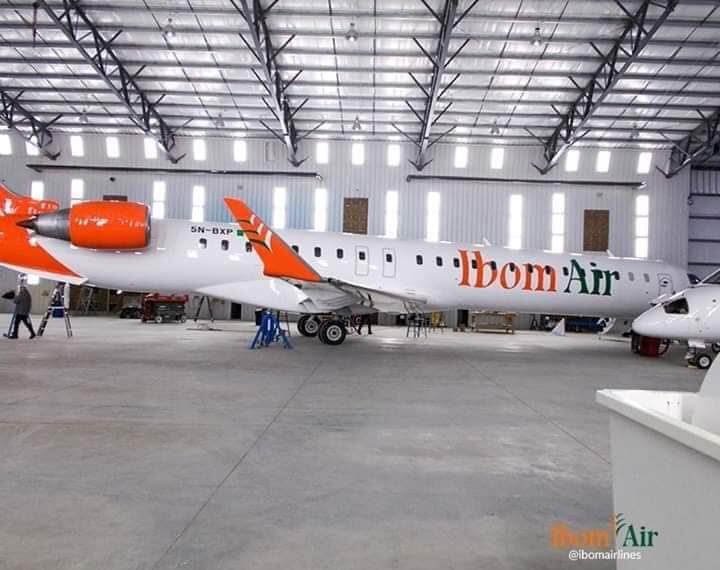 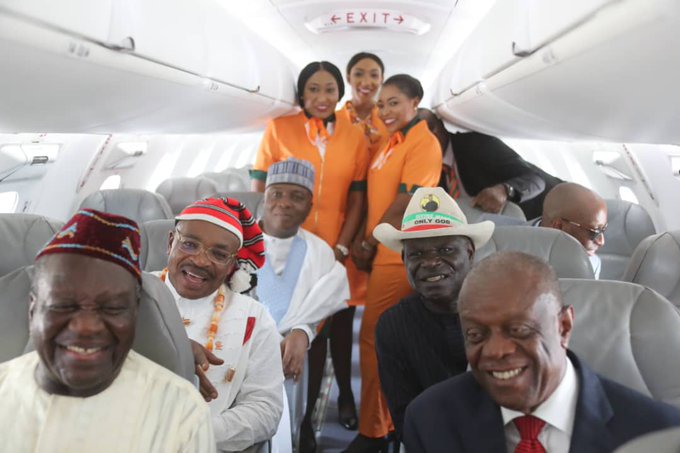 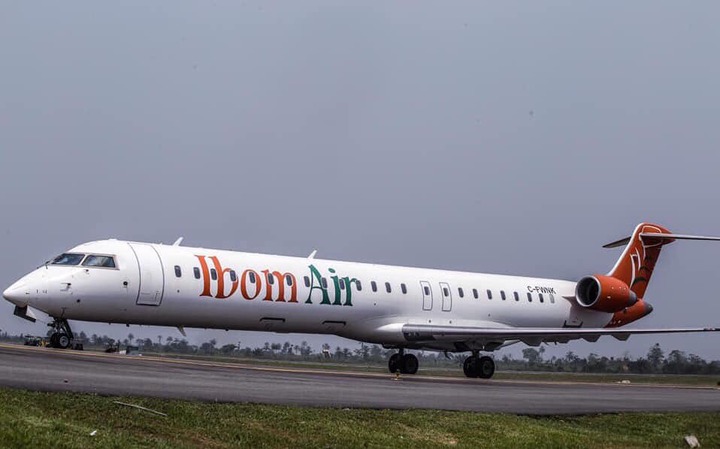 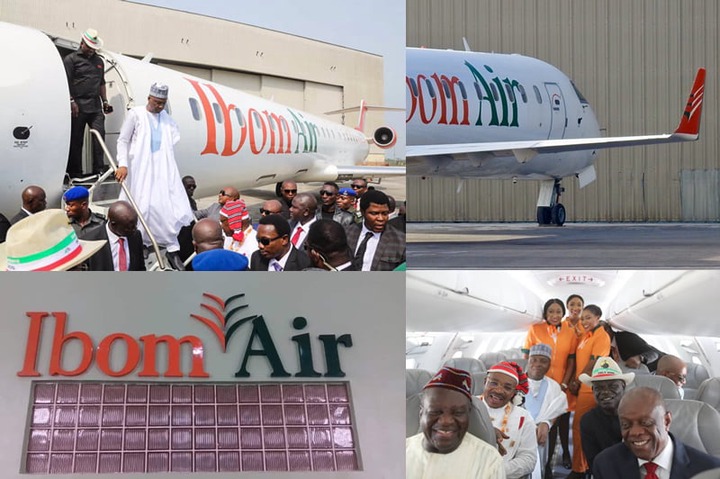 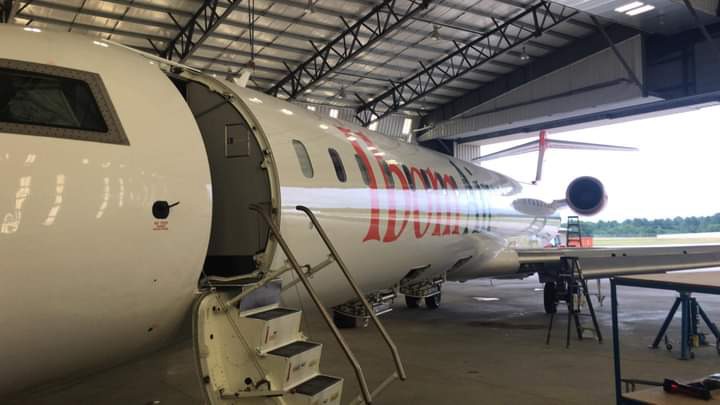 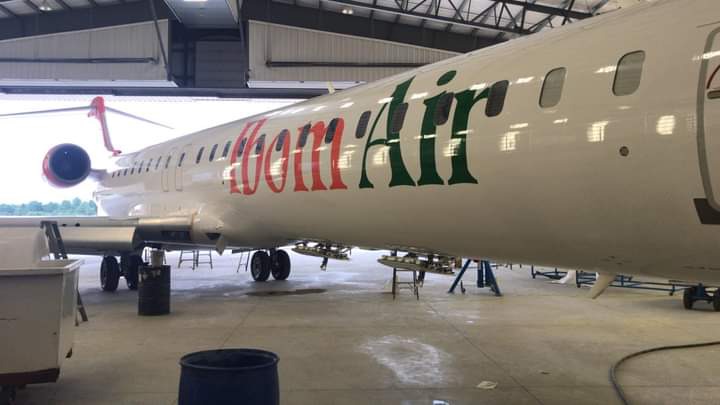 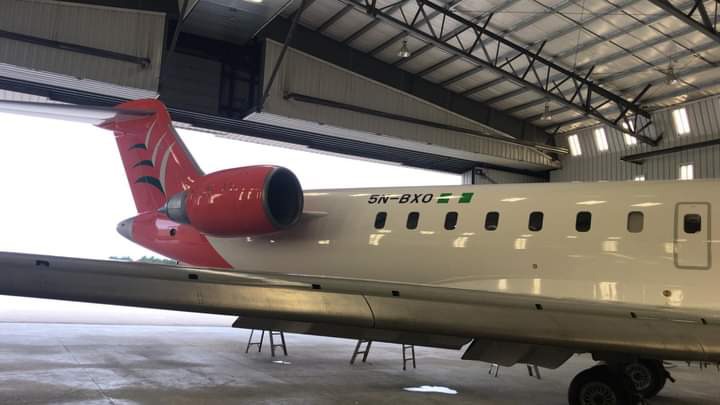 The best is yet to come and the completion agenda of His Excellency, the Executive Governor of Akwa Ibom State, Mr Udom Emmanuel is commendable and lauded by the citizens of the State. 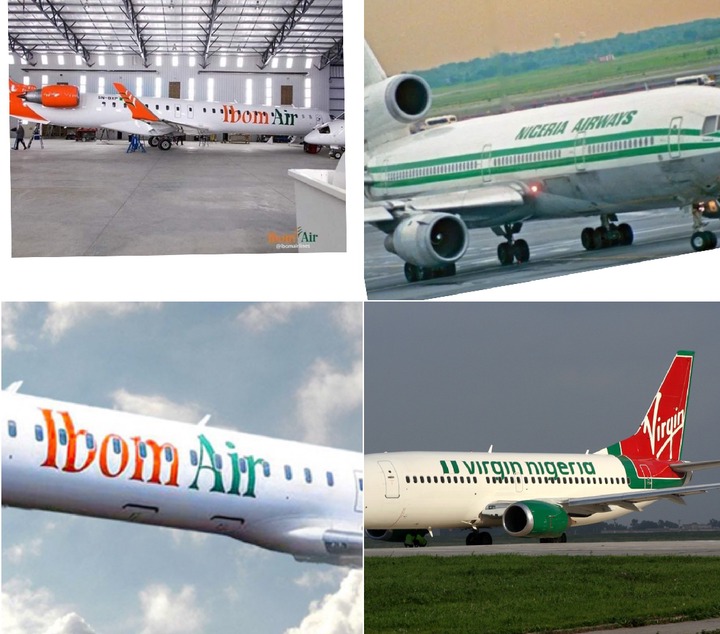 Over the years, people have asked the question "where is Nigeria Airways?" and the truth is that the Nigerian aviation industry and the government has stopped funding the business and why the industry has collapsed.

The question is, since the National Carrier "Nigeria Airways" is not performing as expected, should more licence be given to states with the capacity to manage aviation industry and reduce foreign airlines from operation within the country?

Ladies, Check Out These 43 Trendy Ankara Outfit Ideas For Your Events And Outings