How E-commerce can Help Nigeria to Overcome the Problem of Pervading Counterfeit Goods. 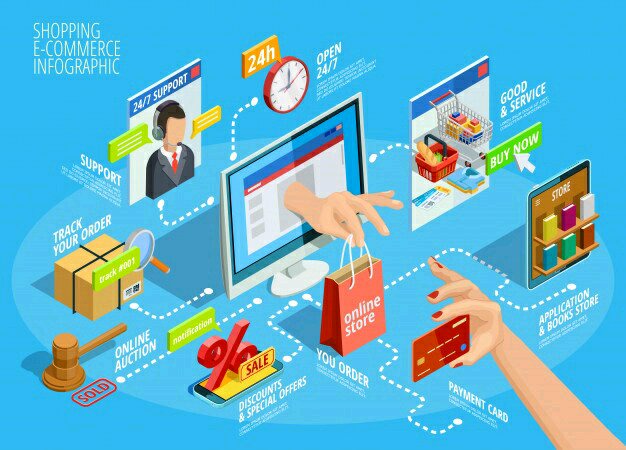 The influx of counterfeit goods, mostly from Asian countries, into our markets in recent times has been a source of concern to all. These counterfeit products come in different forms and kinds. Ranging from electronics to household appliances, clothing and accessories as well as drugs, the problem has created many unpleasant consequences to the society. People's buying power has been greatly reduced, when they had to keep spending money to buy a particular essential item over and over again. Many have been harmed by consuming fake beverages and groceries. People had lost their lives to common treatable diseases because the drugs that were being administered to them happens to be fake. The list is endless.

I, like many others, have had my fair share of experience with these counterfeit products. Last year for instance, I decided to get a new electric blender when I got fed up with replacing the gear teeth in the functional part of the blender that engages and drive the blade in the receptacle. The catch that secures the two part together had earlier been broken and my family could not effectively handle it to minimize the teeth wear, causing it to wear out in no time. I got to the shop and saw a wide range of blenders on display. I specifically told the vendor that I wanted a second-hand one since they are usually more reliable than the new. He pointed to some of those displayed in bare; not packaged; as second-hand ones. Among them was one particularly neat one which he personally recommended. Considering how neat it looked I expressed doubt whether it's actually second-hand, but he assured me it is. I negotiated the price and paid; N6000, which was even more than some of the new ones in his stock were worth. After testing it by running it with water in the receptacle, I took my blender home. A few days later Nepa presented an opportunity to have it used for the first time. After running with materials in the receptacle for a short while, my wife complained that it was heating up so badly, that she could hardly touch the working part. I instructed her to switch it off for a while, which she did. But after switching it on a little later, there was shattering noise and it wound to a stop. I unplugged it and tried detaching the receptacle from the working part and discovered that it was hard doing so. When I eventually forced it open, the rubber components of the electric motor had all melted. Frustrated, I took it back to the vendor but he refused to give me audience, insisting that he tested it for me before I took it home. And poof! N6000 was gone. This experience is similar to that of many others.

Ordinarily every country has an agency saddled with the responsibility of ensuring that goods manufactured locally or imported meet a certain minimum standard requirement. Nigeria too has such an agency; the Standard organisations of Nigeria (SON). But the reality on ground shows that either the agency has been greatly compromised or it has been overwhelmed by the uncontrolled influx of these substandard products. The story out there actually is that our "big boys" importers actually travel abroad to meet the management of the manufacturing firms and make an arrangement with them, specifying the quality they need, which they buy at lower rates and bring to sell at high profit to consumers back home. With these vested interests controlling what comes into the market, there seems to be no end in sight to the problem. But I think technology has presented us with the solution, in the form of e-commerce. E-commerce, if widely embraced by majority of end consumers, holds the surest and quickest potential to put the problem of pervading substandard goods to rest, as I shall soon show.

For those that may not have fully grasped the meaning of e-commerce; it is trade, that is, buying and selling contracted through electronic means, without the trading partners not necessarily having to meet physically. It can be done through the internet; via your internet enabled devices such as your laptops, mobile phones etc, and telephone service.

Over the past few years, e-commerce has been gaining increasing popularity. The number of people that are choosing e-commerce platforms over conventional form to make transaction is increasing daily and is set to explode in a few years from now. Now, how does this innovative business platform impacts the quality of manufactured goods.

Reach and Competition: E-commerce has provided a very wide field of reach for many alternative goods and services. Goods manufactured in one corner of the world can become easily accessible for purchase in another corner of the world. It has therefore created a keener competitive environment for different manufacturers, who would be forced to up their quality in order to remain in business.

Level playing field: Growing up as a child, we were very familiar with certain brands of products, whose brand names became synonymous with the product itself. For instance, it was not until I was in primary six that I realised that a particular brand of sauce that we were used to was not the product name, "sauce". It was virtually every where and new brands of the product has no chance of breaking into the market. If course, you know that monopoly gives room for the supplier to dictate the terms of business; and that of course include the quality of product manufactured. E-commerce has virtually laid that to rest. Every brand has ample fora to bring information on their brand to the end consumers. The resultant increasing competition again will go on to impact the quality of each alternative product brand.

Return policy: E-commerce platforms are springing up every day and the competition is keen. Most e-commerce platforms today has a return policy that allows customers to return a product that does not satisfy them within a certain period. I had a similar experience recently when I had to return a power bank that was rated 12000mah but could hardly charge my 2600mah battery fully for just once. I had to return it and get refunded promptly. This is almost impossible with conventional platform except you are prepared to go through the cost and long hassle of litigation for an item that cost only a few thousand nairas. The pressure the continuous return of items will eventually bring to bear on the vendor(no vendor will make a fresh order when he cannot sell the products in his stock) and by extension the manufacturer will force an improvement in quality.

Cost of production: E-commerce has greatly affected the cost of production by eliminating, among other things the need for multiple warehousing facilities and sales outlet. This means more profit to the manufacturers who are therefore not under pressure to lower quality in order to maximise profit.

Price: most goods on e-commerce are cheaper because of the lower cost of production. This translates to more buying power for the consumer and more turnover and profit for the manufacturer. The need for maximising profit through quality reduction is again eliminated.

Lastly, e-commerce provides easy feedback access to the consumer, who would be able to pass information on his level of satisfaction with a particular product to the manufacturer, and who can act on such information to review the quality of its product.

This list is by no means exhaustive but if you are convinced that e-commerce, as I have tried to show above can actually impact the quality of goods available in the market, please join me in spreading the good news of embracing e-commerce to everyone close to you so that sooner than later we can run those conscienceless profiteers out of business and begin to enjoy quality goods.