The world's largest market ever: WTO

There are a number of ways of looking at the World Trade Organization. It is an organization for trade opening. It is a forum for governments to negotiate trade agreements. It is a place for them to settle trade disputes. It operates a system of trade rules. Essentially, the WTO is a place where member governments try to sort out the trade problems they face with each other. The World Trade Organization is a global organization made up of 164 member countries that deals with the rules of trade between nations. 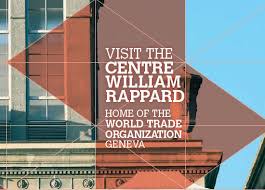 The WTO is the successor to the General Agreement on Tariffs and Trade (GATT), which was created in 1947 in the expectation that it would soon be replaced by a specialized agency of the United Nations (UN) to be called the International Trade Organization (ITO). 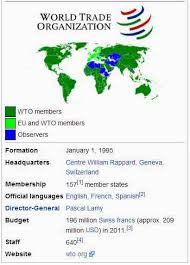 Although the ITO never materialized, the GATT proved remarkably successful in liberalizing world trade over the next five decades. By the late 1980s there were calls for a stronger multilateral organization to monitor trade and resolve trade disputes. Following the completion of the Uruguay Round (198694) of multilateral trade negotiations, the WTO began operations on January 1, 1995. 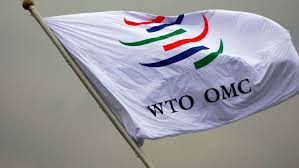 The WTO has six key objectives: (1) to set and enforce rules for international trade, (2) to provide a forum for negotiating and monitoring further trade liberalization, (3) to resolve trade disputes, (4) to increase the transparency of decision-making processes, (5) to cooperate with other major international economic institutions involved in global economic management, and (6) to help developing countries benefit fully from the global trading system. Although shared by the GATT, in practice these goals have been pursued more comprehensively by the WTO. 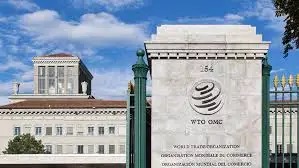 For example, whereas the GATT focused almost exclusively on goods though much of agriculture and textiles were excluded the WTO encompasses all goods, services, and intellectual property, as well as some investment policies. In addition, the permanent WTO Secretariat, which replaced the interim GATT Secretariat, has strengthened and formalized mechanisms for reviewing trade policies and settling disputes. 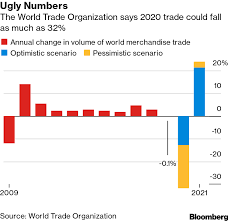 Because many more products are covered under the WTO than under the GATT and because the number of member countries and the extent of their participation has grown steadily the combined share of international trade of WTO members now exceeds 90 percent of the global total open access to markets has increased substantially. 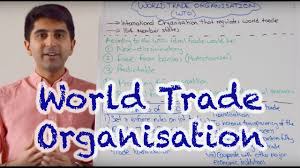 The current director-general of the World Trade Organization is Roberto Azevêdo from Brazil.13 Decisions are made by consensus, though a majority vote may also rule (this is very rare). Based in Geneva, Switzerland, the Ministerial Conference, which holds meetings at least every two years, makes the top decisions. 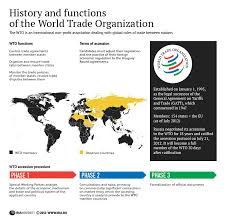 The World Trade Organization (WTO) is the only global international organization dealing with the rules of trade between nations. At its heart are the WTO agreements, negotiated and signed by the bulk of the worlds trading nations and ratified in their parliaments. The goal is to help producers of goods and services, exporters, and importers conduct their business. 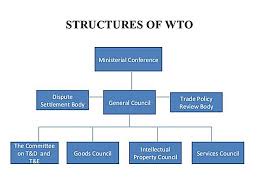