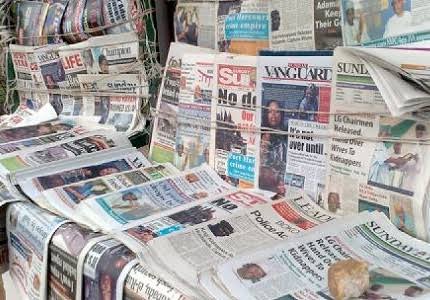 My life is ruined, a man who lost his wife, 3 children in a car accident

My fights with the water business owners in Lagos

I only got N500 because I killed my boss, Ibadan says the serial killer

NDDC: I pressured N10b to spend Christmas palliatives as Nunieh

My aunt forced me to drink toilet water, my private parts were allegedly tortured by a light Kaduna daughter, 14, deaconess

Why did we hire vigilantes to get the shepherds out of the forest of Delta council chairman Oseme?

Although I have two bachelor girls, I did not disappoint UNILAG PGDE student Oleghibe-Moore

Gov Survey: For several days now, Ondo APC has been in turmoil

It's time to relocate the EFCC

Abolition of Hajj and financial burden on Nigeria

Schools receive a deadline to meet the opening rules

Kano's land dispute in China: The case was referred to an arbitral tribunal

Coronavirus suppresses the toxic connection of S. Africa with alcohol

Imo: The court postponed Uzodimma's request for extradition until July 20

Ondo Guber: Don't go back to the primitive 'Gov Bello'

Edo 2020: It's time to give women a chance in Nigerian politics - Oboh

Ondo Guber: I won't go back to the indirect primary, Gov Bello says