Survival Fund; Payment of payroll support had commenced across States

By Habeebullah4 (self media writer) | 1 year ago

Recall that the N75 billion survival fund scheme, was flagged-off in Abuja on Thursday by the Minister of State for Industry, Trade and Investment, Ambassador Mariam Katagum.

The MSME Survival Fund, was said to be designed to cushion the effect of COVID-19 on vulnerable SMEs. Moreover, the scheme was planned to start with the Payroll Support targeting 100,000 businesses and 500,000 beneficiaries for salaries ranging from N30,000 to N50,000.

Also about 333,000 artisans and transport operators was said to get N30,000 grants to support them to reduce the effects of income loss.

Additionally, part of the fund was also said to be used to support 250,000 new businesses to formalise their business with the Corporate Affairs Commission (CAC).

These, was contained in an update on the new scheme via a telephone call in one of the cool FM radio station, an aide to President Buhari on Public Affairs, Mr Anjuri Ngilali

He added; "registrations started on the 21st September 2020"

In light of the aforementioned, I am pleased to bring to your notice that the long awaited payments for payroll supports to owners of businesses had kicked started. 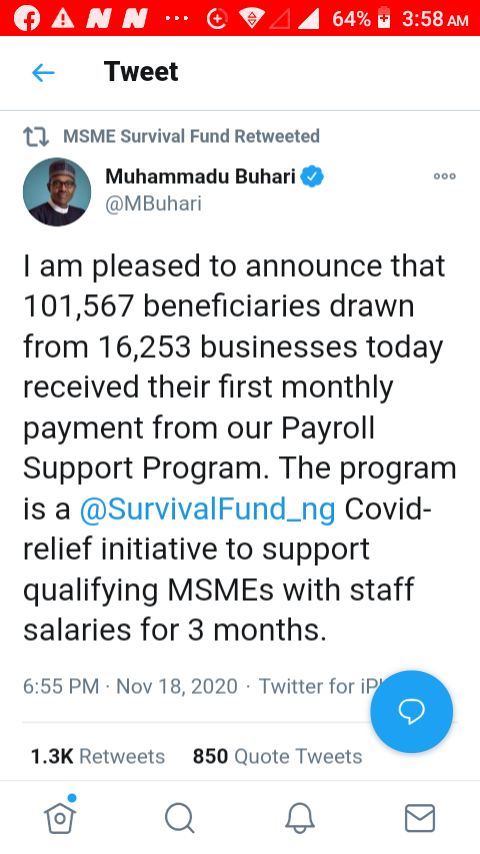 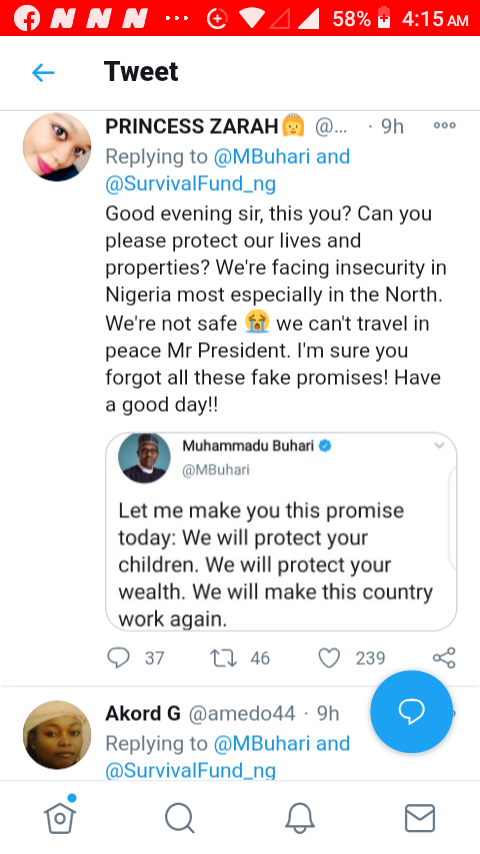 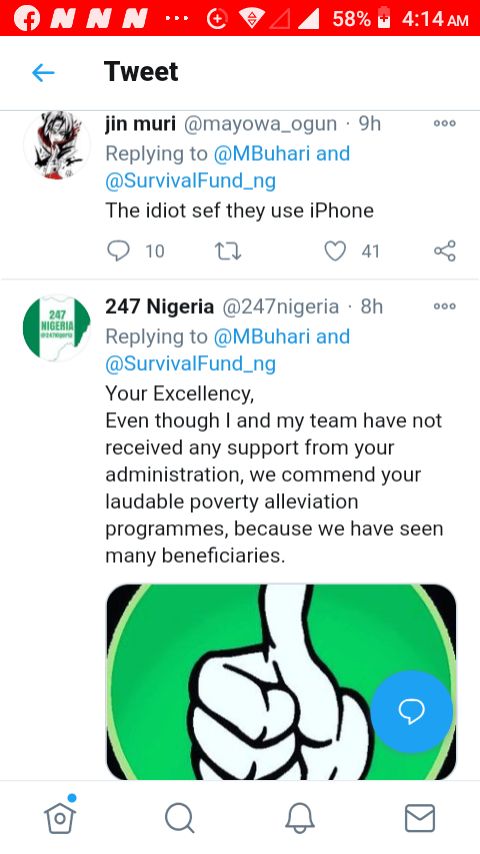 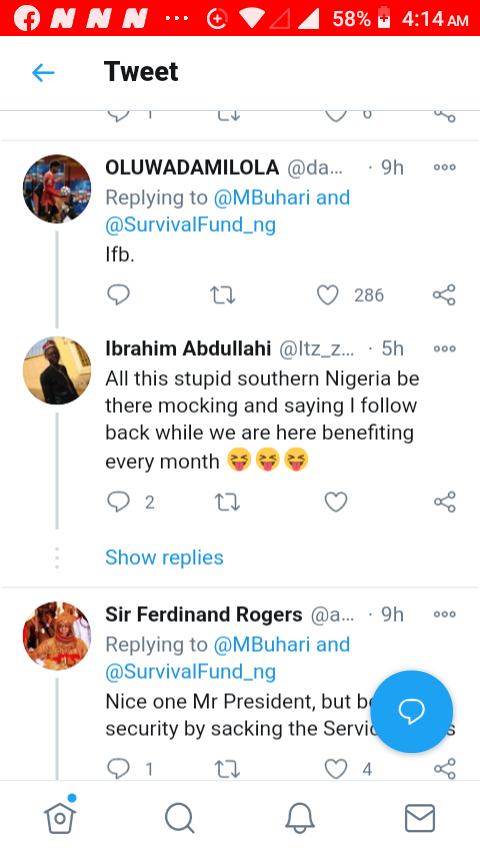 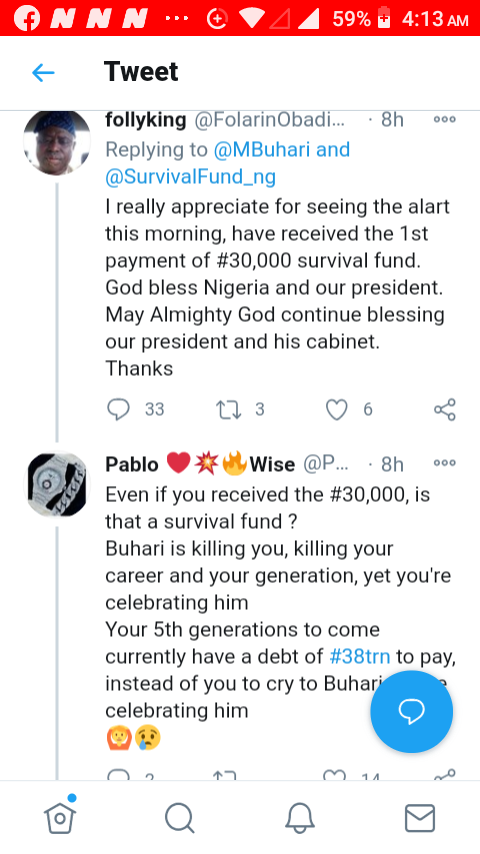 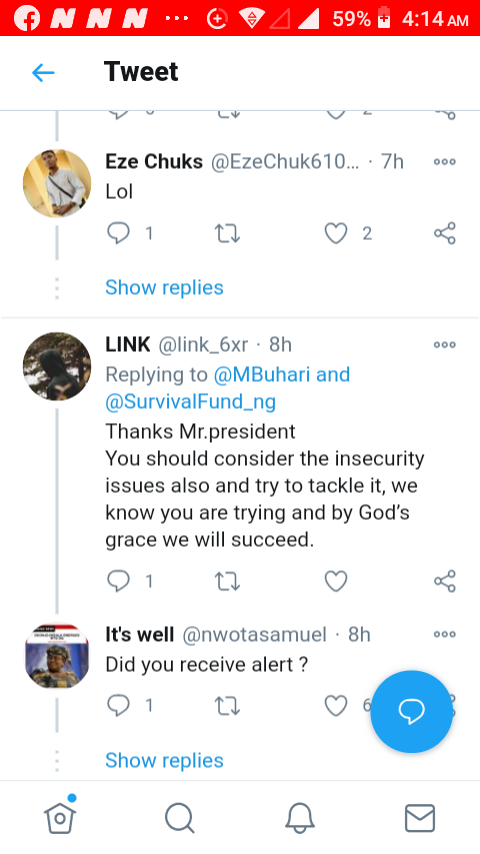 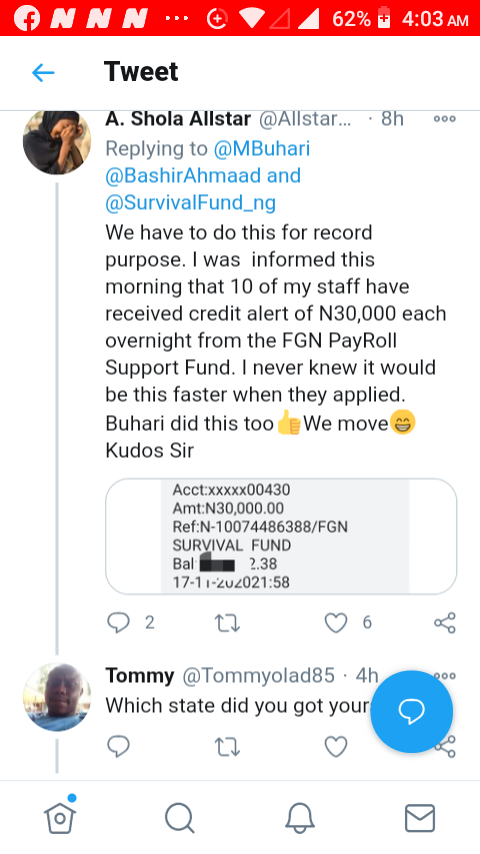 From the above tweet, it could be seen that over 101,000 people was said to have been paid as against the earlier targeted 500,000. Reason being that the scheme later decided to increase the numbers of beneficiaries in Lagos, Kano and Anambra to 19,000, 17,000 and 16,000 respectively while the rest States of the Federation including F.C.T Abuja stood at 13,000 each.

Based on the later data as made public by the scheme of recent, it can be said that the number of those whom was paid by the scheme as revealed in the president tweet, is far lesser than the expected outcome with the whole state put together.

Untill the scheme comes up with another revelation partaining new statistics to clear the air, we would all remain in an illusion as to how the whole things later went. Considering the facts that it's already evident that some schools in some States that got paid, are claiming that only four of their staffs got the payment, excluding the remaining six staff. Of which the scheme had prior requested and promised to help them offset their wages. 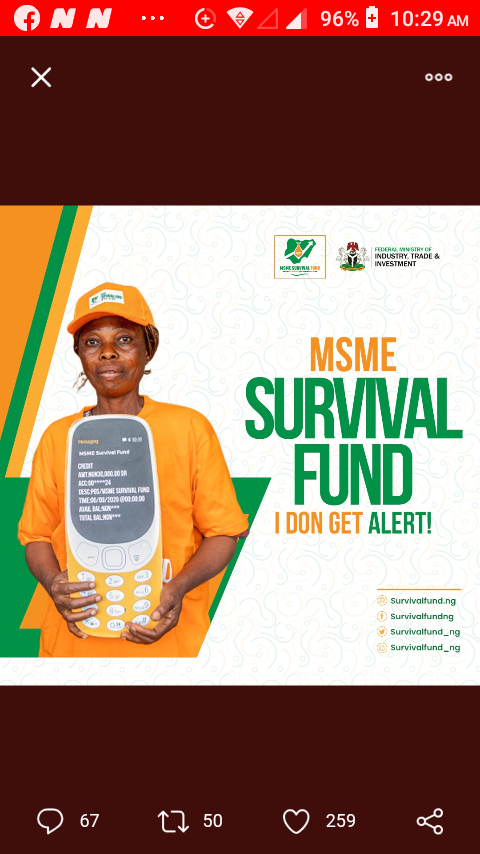 Have u received alert yet? And how many of your staff or colleagues were paid in your firm? Doou think, there's a transparency in the process and disbursement of this grant? Pls drop your comments and share this post for further reactions and do not forget to follow my page for more updates

Content created and supplied by: Habeebullah4 (via Opera News )