By Jakemillions (self media writer) | 2 years ago

Eight things you must sacrifice if you want to be rich quickly. 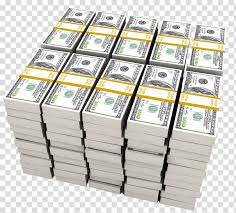 At the age twenty you should make up your mind to be a millionaire, even if you are born by poor parents.

You should also be aware that you will have to sacrifice a couple of things if truly you want to be rich.

Try to avoid buying shining objects, like phone, car, television, except it very important for your existence or business, the idea is this, you make the money, invest the most of it and manage anything that remains, there are days you could be broke even though you are making more money than most people, that because you hard invested so much, it may not be easy but it is a sacrifice that's what it. 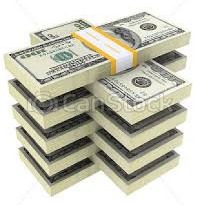 Would you rather be a lion one-day and be respected all your life or you be a sheep with no honor all the rest of your life?

Would you rather sacrifice those new phones, cloths, wristwatches and TV set now or be an average man for the rest of your life?

If you want to be rich, you must be discipline enough to sacrifice those shining objects invest the significant percent of your income and manage whatever remains.

2. sacrifice the friendship with poor people

3. sacrifice the social media and TV.

the reason why you can spend several hours in front of your television is because it's interesting, and the reason why you can check your Instagram, Facebook, and the rest of your social Media account, ten times a day is because they are interesting, I don't mean you should delete your social media accounts or stop watching TV, what I mean is you should reduce the amount of time you give them.

we are in a society where people blame the country, the economy or even their parents for their poverty, blaming other people for your failure sometimes times really makes you happy because after all it is you're fault, with this kind of mindset the fact that since you think it is not your fault, you will always be looking towards for someone to come help you out, the government, the economy, or even your parents, sorry to say this nobody is going to help you to become rich.

if you want to be rich, you must sacrifice the pleasure of blaming other people, you take 100 percent responsibility for your life.

6. Sacrifice your fear of losing

the truth is whether you step out or not, you will fail, because failure is part of life.

Why going through life with fear when you can face your fear, you have the ability to face it

You can not have a baby next month by pregnanting nine Women today, that is very true.

Good things always take time, most of the overnight success you see always happen over thousands of night.

You will be rich, but it won't happen overnight, it will not happen tomorrow, it may not even happen next year, stop looking for shortcuts because it's usually leads the longer journey

8. give up your low self-esteem

the evidence that you will achieve something in life is the fact that many people who were born in similar situation like yours had achieved something, low self-esteem is when you think that you are not capable of becoming rich.

low self-esteem is when you think you cant be rich when the economy is bad.