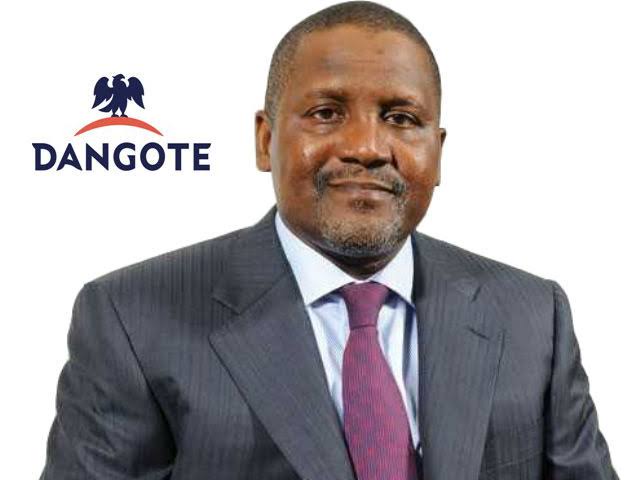 Aliko Dangote was born on April 10, 1957. He was born in the city of Kano and the name of his mother is Mariya. It must be noted that his mother is currently one of the richest women in Nigeria. She is an elderly person, but she still holds sway in the Kano social circle.

Dangote got his name from his father. The Name, Aliko, was however given to him by his grandfather, who was overjoyed at his birth. Name of his grandfather, who is now late, was Sanusi Dantata. Aliko means Victorious One Who Defends Humanity.  Dangote spent the first few years of his life in Kano, where he attended elementary school, Arabic school and secondary school. He however had huis university education in Cairo Egypt.

When he left for Lagos as a 20-year-old in 1977, Nigeria was enjoying stupendous oil profits and the military government of the day decided to ruin some of it on FESTAC’77. There was massive construction going on in various parts of the country and it was at that moment Dangote went to his beloved grandfather to ask for a loan so he could import cement which will be used for some of the FESTAC buildings.

He started very small as a trader in cement. Then he left cement business around 1978 because cement was difficult to get at that time. He had his own money which his grandfather gave him for free, but his grandfather also gave him an additional loan of N500,000 (about $3,000) which was big money in those days.

At that time (1978), you could purchase ten Mercedes Benz cars with that amount as each was sold for N5,000 while a Volkswagen Beetle went for N900 to N1,000. The money was quite a substantial amount then. The loan was supposed to be paid back whenever he was okay-maybe after three or four years. But he paid the loan back within six months.’

The real genius of Dangote is his ability to transform that seed money of yesterday into the billions of dollars today. The crux of the matter here is not that he got a helping hand from his rich grandfather but what he did with the assistance.

Throughout the Obasanjo regime down to Shagari, Buhari and IBB, there were vast construction projects: estates, federal universities (like UNILORIN) and so on. And cement was obviously needed. Obasanjo and Dangote, who was still working with his uncle, first met in the 1970s when he was the federal commissioner (minister) of transport.

Also, while he was in Lagos, he learnt a lot from his uncle, Usman who had already formed solid ties with the military governments and got rice importation deals in 1970 at the end of the 30-month Nigerian Civil War. When their fellow Kano man, the late Murtala Mohammed came to power, his 27-year-old uncle was one of those contracted to decongest the Nigerian seaports in Lagos and made huge fortunes.

With time, Aliko was brought on board, following them to business meetings in the dead of the night. It was during this time in Lagos he began to learn how to speak the Yoruba language.

While working with his uncle in Lagos, ‘squatting in his office’, he learnt a lot. He said of those times: ‘I started with the business of cement, which was giving us a lot of money because at that time, Nigeria was making so much money and we were doing a lot of constructions.

On a vehicle which I normally get from my uncle, I was making about N1,350 to N1,400 per day, and I had an allocation of about 3-4 trucks including Saturdays and Sundays.

Later , I realized I was making a lot of money though then I didn’t have a lot of ideas of what to do. It was only cement business that I knew and I was stuck to it up till 1980, when I started knowing Lagos, becoming a Lagosian, understanding where to go and finding people to buy import licenses from. Within three months, I paid my grandfather back because I had no further need of his money.’

How he became a millionaire

It took Dangote three decades to amass one billion US dollars. His journey is a very interesting one, showing all the features of luck, opportunity, hardwork and divine providence. Under the Shagari regime, there was an unprecedented importation of essential commodities and products. Dangote’s company, then named Alco Company was one of the major importers.

He also supplied huge tonnage of cement to the governments at different levels embarking on construction of vast housing projects.

When the Shagari government decided to also pay more attention to the construction of Abuja, the proposed new Federal Capital Territory, Dangote’s cement was also on point. When General Muhammadu Buhari came to power in 1983, he clamped down on all the importation and dirty deals of the Shagari regime.

Businessmen and tycoons like Dangote were not too happy with the new draconian regime but he played it calm and quickly adapted. If you cannot adapt to changes in this world and keep blaming all kinds of external forces, your chances of survival are seriously limited.

Being the smart dude that he is, while other businessmen were complaining and groaning under the iron fists of Buhari and Idiagbon, his Ilorin-born no-nonsense deputy, Dangote veered and formed Dangote General Textiles Products Enterprises and focused on what the government of the day wanted: exportation of local products such as gum arabic, cotton, millet, cocoa, leather products, cotton and cashew nuts.

His love life and his children

In any continent of the world, there are some ladies who would dump their wretched husbands in a microsecond and follow a moneybag like billionaire Dangote without hesitation. Handsome, dashing, calm and stupendously wealthy, it is no surprise that not a few women cannot resist the charm of Dangote.

Like other men on earth, he also has his own share of the romantic sagas and Cupid-induced high blood pressure. A serial monogamist, Aliko Dangote has 15 children even though three from his current marriage (Halima, Fatima and Sadia) are officially listed.

Alhaji Aliko Dangote has been married and divorced three times before his current marriage. He was not engaged in polygamy at any point but took one wife at a time. In May 1977, his family selected his first wife for him and the union was consummated without delay.

Aliko had just turned 20. Fast forward to 2009, Dangote fell in love with the young daughter of the late Nigerian President, Nafisat Yar’adua, who is now the wife of the Bauchi State Governor, Alhaji Isa Yuguda.

Nafisat turned down Dangote’s advances for one reason: she was friends with Halima, Dangote’s daughter. Nafisat, at the age of 21, became Governor Yuguda’s fourth wife in 2009. Aliko Dangote is presently a bachelor.