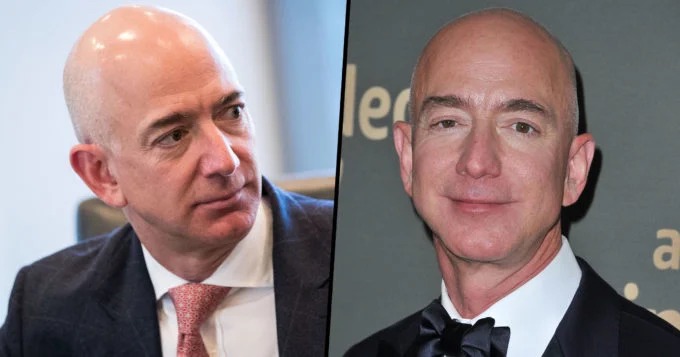 It has been revealed that Jeff Bezos, the CEO and founder of Amazon, lost a staggering $8 billion in just 2 working days.

Jeff Bezos is the wealthiest man in the world.

The title all of us dream of one day acquiring.

For years now, Bezos has been topping the official list of our world's billionaires...

The only man close to matching Bezos’ eye-watering net worth of $140 billion is Microsoft co-founder, Bill Gates, who is worth around $102 billion.

But where does Bezos' wealth come from?

Nobody is born with a net worth of over $100 billion… So where did it all start?

Bezos is the founder and CEO of the online retail giant, Amazon.

Born in 1964 in New Mexico, Bezos always held a huge passion for computers, and went on to study computer science and electrical engineering at Princeton University.

After graduating, Bezos spent some time working on Wall Street...

But, 4 years later in 1995, he quit to open his own online bookstore from his garage – Amazon.com.

The birth of Amazon.com changed everything for Bezos.

The initial success of the online store was staggering.

Within the first thirty days, Amazon.com had sold books all across the United States, and across forty-five foreign countries.

And the online retailer only went from strength to strength.

In mere years following from its launch, Amazon.com began stocking a wider variety of products, such as electronics, clothing, and toys, making it the number one online retailer.

Bezos's accomplishment with Amazon is staggering.

And he didn’t stop there.

In 2013, Bezos revealed that he had purchased the Washington Post, which he has since made profitable with a revenue of over $100 million.

Bezos has still embarked on many ambitious quests in his career.

In May last year, he proudly unveiled Amazon’s “Blue Moon”, his very own lunar lander project.

He wants to help get man back on the moon.

Which, with all his money, could very well be possible.

“My generation’s job is to build the infrastructure,” Bezos declared at the unveiling, “we’re going to build the road to space.”

But, despite all of his success...

Bezos has faced a significant amount of controversy regarding his work ethics and spending habits.

It has been revealed that Bezos provides a shockingly low standard of working conditions for his employees.

Over the last couple of years, more and more stories of Amazon workers being forced to work unethical hours for ridiculously low wages – as little as $10 an hour, in some instances – have been emerging.

Despite the retailer being one of the most valuable companies in the world, and pulling in $232.9 billion in global revenue in 2018, they paid absolutely nothing in federal tax that year.

Doesn’t look great for the wealthiest man in the world, does it?

But this week, some shocking news about his finances emerged...

It seems his bank account has taken a hit, as the Amazon mogul reportedly lost a staggering $8 billion in just 2 working days last week.

The figures were revealed by a Forbes report.

The business outlet says that between the afternoon of Friday 10 July and 1 pm the following Tuesday, the Amazon CEO’s net worth fell by $8bn.

That obviously seems like a ton of money to lose...

Especially since Amazon has been doing very well (to say the least) over these last couple of months.

But Forbes is quick to point out that as Bezos is worth around $181bn...

Meaning the loss tallies up to a decline of just 4.4 percent in his overall wealth.

But, that still doesn't answer the question of why the loss happened in the first place.

In fact, investors say they aren’t concerned in the slightest.

They're saying the loss is likely down to portfolio rebalancing or momentum stocks retreating a bit...

In other words, either he’s lost a small fraction of money or some money has been moved around.

And many pointed out how unfathomable it is to lose this kind of money and not even care.

Some were well and truly delighted by the news.

Any kind of loss for the billionaire seems to have people very excited.

Even some of his Amazon staff spoke out.

And it’s safe to say, they are far from happy with Bezos.

Others raised this point.

Let’s be honest, no matter the reasons behind the loss, Bezos is hardly strapped for cash.

But some people like to insist they’re worth even more. Keep scrolling to read what rapper, Kanye West, had to say about his finances…