Opinion: Reasons why the NDDC probe is a sham

By Adetolar (self media writer) | 1 year ago

This is not the first time the Federal House of Representatives have investigated or set up a probe that will lead to nowhere and this NDDC probe seem like it is not going anywhere too. This is so because the Chairman of the NDDC probe/inquiry Olubunmi Tunji-Ojo was accused by the Acting Managing Director of the NDDC Professor Pondei of corruption on live TV, Akpabio also said same few hours ago. The Chairman of the probe Tunji-Ojo was accused by Professor Pondei of not executing contracts awarded to him by the commission, so how will such a person lead any meaningful probe against the same agency he got contract from without executing the said contract. 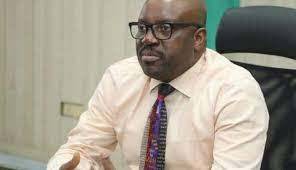 This same House of Representatives also set up a committee to probe the Fuel subsidy scam in April 2012 and your guess is as good as mine, the probe hit the rocks too. The chairman of the probe as at then Farouk Lawan was accused of taking $3,000,000 bribe from Michael Otedola. The same Farouk Lawan that was supposed to probe the fuel subsidy scam was allegedly running his own scam underground. The probe was supposed to revolutionize and end corruption in the oil and gas sector but it didn’t yield any meaningful result, it was a sham and a waste of time. Based on antecedents of the House of Representatives when it comes to probing, this NDDC probe will also hit the rocks and it won’t yield any meaningful result because the Chairman of the probe is also part of those that has allegedly taken their share from the NDDC coffers, will this same person submit a report that will indict himself to the President?

Politicians has almost sucked this country dry, the endless corruption has gone almost unchecked. Like Jack Rollings said in an interview “What we need in this country is to be establish a system where even if it is the devil that has come to sit on top of us in Ghana, he won’t just do anything he likes but will necessarily have to do what the people want” and that is the kind of system we should look to establish before corruption kill off Nigeria totally because this country is coma already.