By AmeboHub (self media writer) | 2 years ago 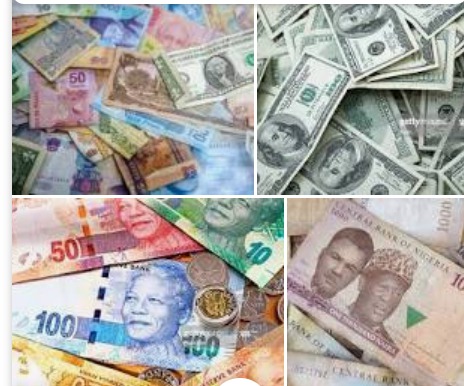 We all have read and heard so much about the strongest currencies in the world. The British Pound Sterling, US Dollar, Swiss Franc, and Euro among others are the most well-known currencies in the world. The countries that issue these currencies are very stable as well as their economy, and this follows for their currencies as well. Not many of us know of the cheapest currency in the world and the countries that issue it, and that us why I'm bringing it to you. You can also check if your country's currency made it to the list.

According to Google, the Lowest value currencies to USD as of January 2020 are as follows:

The Iranian Rial is the least valued currency in the world. It is the lowest currency to USD. For the simplification of calculations, Iranians regularly use the term ‘Toman’. 1 Toman equals 10 Rials.

So many reasons led to the decline of Iranian Rial; the war between Iran and Iraq, the threats faced by Israel, and the dangers of possible nuclear warfare. Due to this, measures such as restriction of ‘Iran’s access to the ‘world’s market were implemented, which ultimately caused significant losses to its economy. Iran was a major oil exporter, the country was also deprived of opportunities to export its oil. This again created a crucial deficit in ‘Iran’s national budget. These whole series of events led to the dropping of the Iranian Rial as the lowest valued currency.

The second cheapest currency in the world is the Vietnamese Dong. Vietnam is still on the way of complete progress from a centralized economy to a market economy. As a result, the Vietnamese Dong is a currency worth the least. Extremely devalued in terms of other world currencies, it has one of the lowest currency exchange rates across all countries except Iran. However, they claim to be marching in the right path to lift their currency's worth.

As a result of the low values of banknotes that were of an old-style, the presidential decree of 5th September 2016, issued 7 new banknotes Their denominations ranged from one thousand to hundred thousand Rupiahs. Though Indonesia is an economically stable and developed country in Southeast Asia, the Rupiah has a very low exchange rate. The regulatory authorities operating in the country have been implementing all measures to strengthen the national currency. However, until now, all efforts to improve the currency have only led to small, insignificant changes.

One of the most inflated currencies, the Guinean Franc is the official currency of Guinea. An African country with a high inflation rate, increasing poverty, and the prevalence of gangsters, Guinea has been suffering from a currency devaluation for a long time. Ironically this country has billions generating natural treasures like gold, aluminium, and diamonds that are found in abundance here. With all such resources, the currency should be one of great value. Sadly, this is not the case.

This currency was issued as a low with and ever since then, this currency has been suffering from a very low exchange rate for many years. Since 1952, the year of its issuance, the Laotian Kip has not been able to strengthen itself against the value of the US Dollar. Despite this fact, the value of this currency continues to improve gradually.

A very poor African country, Sierra Leone is continually prone to many setbacks and sufferings. With a very low level of economic and social development, the currency has been going through consistent devaluation for many years. As a country that has gone through many serious tests, the local currency is bound to become devalued. The recent war that took place in Sierra Leone further lowered the exchange rate of the Sierra Leonean Leone. The deadly Ebola virus that has been recurring for a long period also contributes to the weakening of the Sierra Leonean Leone.

The contemporary Uzbekistani Som began its circulation from 1st July 1994. With a ratio of 1 Som to 1000 Som-coupons, the issuance was done by the Decree of the President of Uzbekistan. Since 5th September 2017, the monetary policy of Uzbekistan has been liberal. As a result, the exchange rate of the Uzbekistani Som against the US Dollar was set at 1 USD = 8100 UZS. This was done with an estimated range of about 8000 – 8150 Uzbekistani Soms to 1 US Dollar.

The second poorest country in South America, Paraguay has been the victim of terrible economic setbacks, disastrous inflation, unruly corruption, low quality of education, and high levels of unemployment. Due to the low levels of economic development that prevail in this country, the value of the Paraguayan Guarani suffers greatly. The country is an exporter of soybeans and cotton. However, the revenue earned from these exports is barely sufficient to cover the high cost of its imports. As a result, the Paraguayan Guarani is one of the cheapest currency in the world.

The currency of the monarch state of Cambodia in Southeast Asia, the Cambodian Riel is a noteworthy one in the list of the cheapest currency in the world. Issued in 1995 to replace the Indochinese Piaster, this currency initially had a lower exchange rate. The Cambodian Riel was originally not popular among the Cambodians who preferred to use foreign currencies instead. Even today, they choose to use the US Dollar for many payments. Hence, the value of the Cambodian Riel continues to devalue by great extents.

Although Nigeria's Naira is not on the list, it's value is worthless according to Wikipedia. This is because a country that have a lot of majority of unstable cases, economic setbacks,high rate of importation usually have poor economy as well as currency. If Nigeria does not limit it's rate of importation, and add value to exportation, find ways to curb excessive economic crisis and fluctuations, then in few years to come, it may appear on this list. Hopefully, we don't pray for that.

Content created and supplied by: AmeboHub (via Opera News )