Five most expensive building in Nigeria and their owners. A celebrity house makes the list (photos).

By FemiDavid99 (self media writer) | 2 years ago 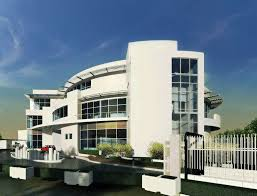 Folorunsho Alakija is probably the richest woman in Nigeria, she is professionally into oil and gas, fashion and also has a huge printing industry. Her net worth is estimated to be over a 1 billion dollars. Indeed Alakija is a successful woman who has continue to soar high.

Alakija owns one of the most expensive buildings in Nigeria valued at $700 million which was constructed by Julius Berger. This magnificent building is located in Ikoyi, Lagos, South West of Nigerian. It is rumored that this house was designed in such a way that bullets won’t penetrate it walls He is popularly known as Mike Adenuga but his full name is Michael Adeniyi Agbolade Ishola Adenuga Jr.

He is actually second richest man in Nigeria and recently his net worth is valued at 9.4 billion dollars. Mike’s magnificent mansion is located in Banana Island, Lagos. And it is said to be valued at over 8 billion naira. 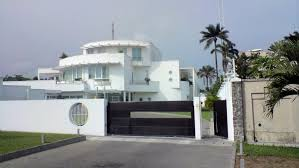 Dangote is currently the richest man in Africa and the richest in Nigeria recently. He is the chairman of Dangote Group and has a net worth of 10.5 billion dollars.

Despite his wealth Dangote is not a lover of too much luxury. He lives a moderate live style and doesn’t show off like other’s do, so it is not a surprise that his building located at Federal Capital Territory is valued at 5 billion Naira. Orji Uzor Kalu was a former Governor of Abia state, but sincerely, before he entered politics he was already a successful business man with high interest in the aviation sector, oil and gas etc.

His building which was named after his daughter Camp Neya was built in 1998 and it is located in Igbere his home town. The building has about 400 rooms, conference hall, swimming pool, football pitch, church and a mosque, clinic and a police station. If you are a follower of P Square on Instagram before they parted ways you would have taken observations of the interior of this magnificent building. They actually display everything in the building from the dining to the bedrooms and also the guest room.

This building was built when the 3 brothers started making waves in the music industry and is equipped with a swimming pool, underground basement, six living rooms, and ten master bedrooms.

located on Lola Holloway Street, Omole Estate in Lagos the house is valued at 1.5 billion, in 2017 they put that mansion on sale because the brothers are having misunderstanding between themselves.

Content created and supplied by: FemiDavid99 (via Opera News )