By Yearnquest (self media writer) | 2 years ago Many of us dream,but we do not take action to turn it to reality.But this is a different story for a man called sulley.His expanded curiosity led him to the creation of his innovative business,a proudly African one. 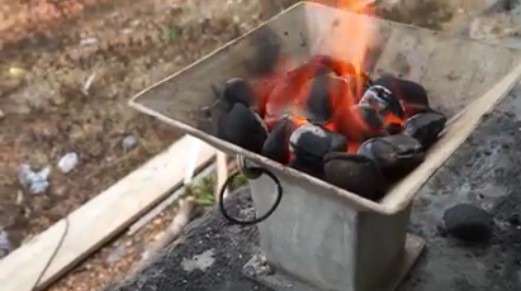  Sulley Amin Abubakar,a Law final student in Accra was on his routine commute to school and observed that lots of coconut waste lay around the roads and close to the beach making it look dirty.He,perhaps wondered how he could be part of the solution to alleviate the second source of enviromental pollution in his city "coconut shells". An idea struck him when he saw a woman using dry coconut husk in cooking instead of the usual fire-wood.To him,it will be very rewarding waking up in the morning to solve a problem.it is a task that would bring fufillment.

There the journey began.He first used his law school fees to fund and test the idea.He began converting coconut husk into charcoal;usually done burning them devoid of oxygen.This venture started right from his house first using a can,then to bucket then graduating to thousands in volumes. Machines were also indigeniously built for more capacity.His relative success in this enabled him to get his family's support.

The final product, biodegradable charcoal is carefully packed in a paper bag.

Few years after its establishment, the small enterprise has already employed 11 people and 100 young people to commercialise the coal. The team also estimates that nearly a thousand trees have been saved from deforestation as they would have been cut down for firewood. 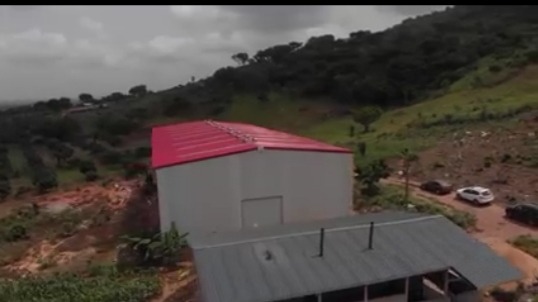 This is where production takes place now .Presently one of the largest supplier of the product in West-Africa by capacity.

What do you think of this young man's stride in the same Africa that many believe its hard to achieve your set out objectives and drive change?

Content created and supplied by: Yearnquest (via Opera News )