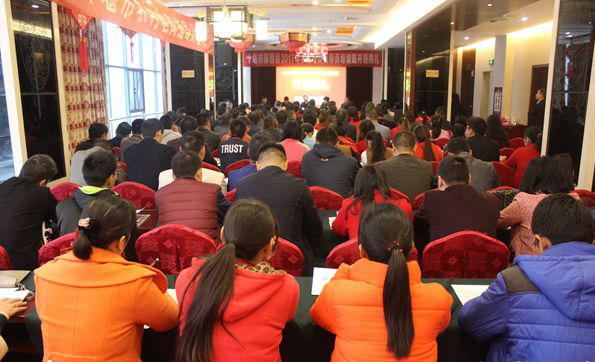 The 51-year-old was once an impoverished resident of Xiaying village, Yunxi county, Shiyan city in Central China’s Hubei Province. In 2015, she started learning how to run an online store from other villagers, despite not knowing anything about computers.

In recent years, her store’s annual sales volume has exceeded 300,000 yuan, as she advertises his products via WeChat, an instant messaging app in China, and live-streaming sessions.

“Being almost illiterate, I basically use the voice chat function on WeChat to communicate with customers. I benefit a lot from live-streaming, as I’m blessed with the gift of the gab,” Guo said, laughing.

Guo’s success can also be attributed to Xiaying’s determination to develop e-commerce. Located deep in the mountains and isolated from the outside world, it was one of 84 major poor-stricken villages in Yunxi county, which is one of the 14 contiguous impoverished areas in China.

By 2014, there were 617 impoverished people from 179 households out of the total 339 households in the village, a poverty headcount rate of more than 40 percent.

Xiaying shook off poverty in 2017. So far, about 700 people from 139 households in the village have become directly engaged in e-commerce, said Liu Tingzhou, Party chief of the village, adding that Xiaying’s total sales of products exceeded 200 million yuan in 2019.

The village has also built a center for poverty alleviation through e-commerce, ensured 5G coverage, and attracted over 10 express delivery companies.

At the center, local influencer Jiang Chunli and her husband Huang Hai have established a live-streaming team made up of 12 members, with a daily sales volume of about 100,000 yuan.

Villagers also host live-streaming shows in their Western-style buildings. Jiang Lijun, who is in his fifties, holds live-streaming sessions in his living room every day, generating an annual sales revenue of over 1 million yuan.

Wang Huajian and his wife sell tea through their online shop and live-streaming sessions, generating an annual revenue of more than 10 million yuan, encouraging over 450 nearby households to plant tea trees.

burna boy gum body lyrics ekiti state university courses eko kizz daniel mujadala sugar cane
Opera News is a free to use platform and the views and opinions expressed herein are solely those of the author and do not represent, reflect or express the views of Opera News. Any/all written content and images displayed are provided by the blogger/author, appear herein as submitted by the blogger/author and are unedited by Opera News. Opera News does not consent to nor does it condone the posting of any content that violates the rights (including the copyrights) of any third party, nor content that may malign, inter alia, any religion, ethnic group, organization, gender, company, or individual. Opera News furthermore does not condone the use of our platform for the purposes encouraging/endorsing hate speech, violation of human rights and/or utterances of a defamatory nature. If the content contained herein violates any of your rights, including those of copyright, and/or violates any the above mentioned factors, you are requested to immediately notify us using via the following email address operanews-external(at)opera.com and/or report the article using the available reporting functionality built into our Platform 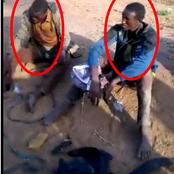 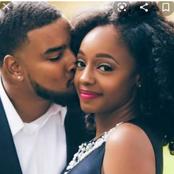 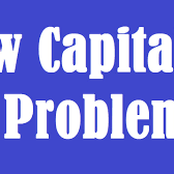 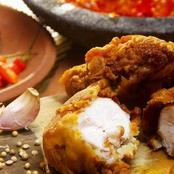 Did Dr Kemi Olunloyo Lie? 6 Days After She Caused Tension With This Tweet, Nothing Has Happened Yet 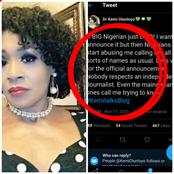 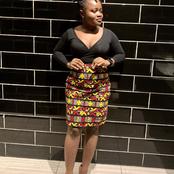 Do You Love Sneakers? Check 30 Latest Sneakers That Could Be "Hotcakes" This Coming Christmas 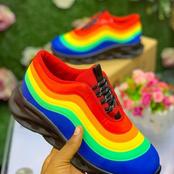 Cancer Of The Lungs Kills Fast: Avoid Excessive Intake Of These 3 Things If You Want To Live Long 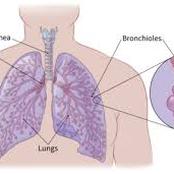 Dear Men, Girlfriend Is A Parasite To You, If She Is Doing Any Of These Things Listed Here. 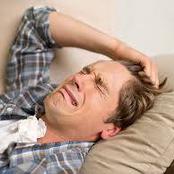 Dear Men, See Some Lovely Latest Outfits Designs That Will Make You Stand Out In A Ceremony 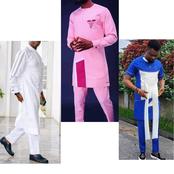