The first billionaire in Nigeria before Aliko Dangote.

Nigerians are known as being industrious and hardworking. Many of the them like the likes of Aliko Dangote, Femi otedola have achieved the echelon of wealth and success and deserved to to be ranked amongst the richest men in Africa and the world at large.

Taking us back memory lane,when Nigerians are still under the British colonial rules, there lived an Igbo businessman called Sir Louis Odumegwu Ojukwu(1908-1966) who was popularly called “Eribeagwuagwu”. He hails from the Ojukwu’s family of Nwakanwa quarters obiuno umudim Nnewi, Anambra state.Sir Ojukwu was the father of the Nigerian-Biafra war General, late chief Chukwuemeka Odumegwu Ojukwu.

Sir ojukwu was the first billionaire to ever rise in Nigeria during The British colonial rule with a net worth of $4 billion. He was the founder of the the Nigerian stock exchange as well as the African continental bank.

Sir Louis was a Roman Catholic. He started his professional career at the agricultural department before he later ventured in to join John holt as a tyre sales clerk. He also incorporated a textile company in onitsha to supplement his income during this period. After some years he left John holt to create his own transit company to improve the trading environment for Nigerian traders. His transport business boomed by the economic boom after World War II when he incorporated with the west African railway company providing his fleets for commodities to be transported

In 1950s, he diversified his business interest by buying some industries, invested in real estate sector and became a director in numerous major corporations including the state owned Nigerian National shipping line.he was also a member of board of Nigerians coal Corperation, shell oil, D’archy and Africa continental Bank

Sir Ojukwu lived a well respectable and good live impacting in the lives of so many Nigerians. He died in 1966 just a year before the Nigeria civil war of which his Son Chukwuemeka Odumegwu Ojukwu was the leader of the sessionist state of Biafra.

Content created and supplied by: Ndubuisi1001 (via Opera News )

causes of corruption causes of unemployment in nigeria futminna courses kwara polytechnic portal largest country in africa
Opera News is a free to use platform and the views and opinions expressed herein are solely those of the author and do not represent, reflect or express the views of Opera News. Any/all written content and images displayed are provided by the blogger/author, appear herein as submitted by the blogger/author and are unedited by Opera News. Opera News does not consent to nor does it condone the posting of any content that violates the rights (including the copyrights) of any third party, nor content that may malign, inter alia, any religion, ethnic group, organization, gender, company, or individual. Opera News furthermore does not condone the use of our platform for the purposes encouraging/endorsing hate speech, violation of human rights and/or utterances of a defamatory nature. If the content contained herein violates any of your rights, including those of copyright, and/or violates any the above mentioned factors, you are requested to immediately notify us using via the following email address operanews-external(at)opera.com and/or report the article using the available reporting functionality built into our Platform

10 Photos Of People That Have Proven That Love Is Real 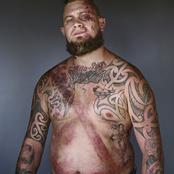 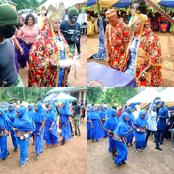 Check Out These 3 Delicious Ways Rice Can Be Cooked 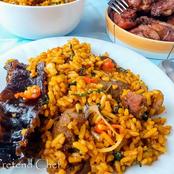