What Nigerians Need Most: The History, Prospect And Reality Till Date.

By CriticalPen (self media writer) | 2 years ago 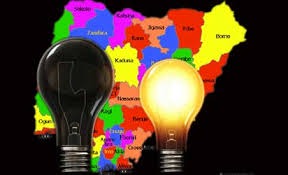 Electricity otherwise referred to as Power is a significant part of our existence. Its so important that even God Almighty who created heaven and Earth took out time create the light to illuminate the world and power activities of his creation. The engine room of every economy is oiled by the strings of energy that ignites its capacity for productivity. It plays a very critical role and provides stability in human existence. It is a consensus understanding that Government should put more efforts in addressing the issue of inadequate electricity supply in the country due to the enormous benefits to the citizens and the nation at large. The prevalent high cost of goods is attributed to the high cost of production which is caused by the use of alternative power supply to industries, firms and factories. 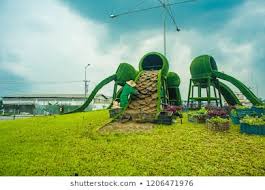 AGRICULTURAL SECTOR: the amount of farm produce that gets destroyed as a result of lack of preservative facilities due to little or no electricity to power the storage infrastructure to the fresh these farm harvest for further distribution and supply that boost rural economy which in turn boost large scale Economics activities.

TECHNOLOGICAL ADVANCEMENT: we are still technologically backward simply because we lack the requisite electrical capacity to support the infrastructure needed to go into training and production of high-breed invention to solve human needs.

SECURITY AND DEFENCE: world powers all over are products of staedy power supply which aids research and development of nuclear discoveries and other high tech mechanism put in place to combat crimes. Intelligence is a central part of modern security architecture. Electricity is the one and only source of efficiency to galvanise institutions like the army, navy, airforce and the police as well as other security agencies. ENTERTAINMENT INDUSTRY: social activities involve things man is involved in doing in the society and most of these activities are enhanced by the use of electrical power. Electricity makes man's social life easier and more interesting. With the glaring succes recorded by Nollywood, imagine if we had enough power enablement. INDUSTRIAL SECTOR: This is one of the sectors that will not yield any result without electricity. Most of the activities in the industries are carried out using electricity. Industrial life is basically anchored on electricity. The importance of industry in our national growth can not be over emphasised. It is a known fact that many states in Nigeria are having issues with inadequate supply of electricity most especially in rural areas. The need for adequate and uninterrupted power supply is vital to the growth of the national economy.

Electricity generation in Nigeria began in Lagos in 1886 with the use of generators to provide 60 kilowatts. In 1923 tin miners installed a 2 MW plant on the Kwali River, six years later, the Nigerian Electricity Supply Company, a private firm was established near Jos to manage an hydro-electric plant at Kura to power the mining industry. Then another private enterprise was established in Sapele by United Africa Company to power the activities of African Timber and Plywood Company. Between 1886 and the 1945, electricity power generation was rather low with power provided largely to Lagos and other commercial centers such as mining industries in Jos and Enugu. The colonial government created an electricity department within the Public Works Department which then installed generating sets in many cities to serve government reservation areas and commercial centers. In 1950, the Legislative Council of Nigeria began moves to integrate the electricity industry when it enacted a law to establish the Electricity Corporation of Nigeria with the duties of developing and supplying electricity. ECN took over the electricity sector activities within PWD and the generating sets of Native Authorities. In 1951, the firm managed 46 megawatts of electricity. Between 1952 and 1960, the firm established coal powered turbines at Oji and Ijora , Lagos and began making preliminary plans for a transmission network to link the power generating sites with other commercial centers. In 1961, ECN completed a 132 KV transmission line linking Lagos to Ibadan via Shagamu , in 1965, this line was extended to Oshogbo, Benin and Ughelli to form the Western System. INTRODUCTION OF DAM THAT LED TO NEPA

In 1962, a statutory organization, the Niger Dams Authority (NDA) was formed to build and maintain dams along River Niger and Kaduna River, NDA went on to commission a 320MW hydro power plant at Kainji in 1969 with the power generated sold to ECN. In 1972 NDA and ECN merged to form the National Electric Power Authority (NEPA). NEPA was the major electricity firm in Nigeria until power sector reforms resulted in the creation of the Power Holding Company of Nigeria and later privatization of electricity generation, distribution and Generation. Before the beginning of the Fourth Nigerian republic, power generation was largely the responsibility of the federal government through NEPA. But reforms started in 2005 with the signing of the Electric Power Sector Reform Act opened up the industry to private investors.

PRIVATIZATION OF THE INDUSTRY

In 2014, the sector was privatized with three groups having the responsibility of providing power. Generating companies (Gencos) Nigeria has 23 power generating plants connected to the national grid with the capacity to generate 11,165.4 MW of electricity. These plants are managed by generating companies (Gencos), independent power providers and Niger Delta Holding Company (NIPP). The major independent power plants prior to the power sector reforms are Shell owned Afam VI (642MW), Agip built Okpai plant (480MW) and AES (270MW).The third sector is the NIPP , a project that was initiated in 2004 to fast track the development of new power plants in the country. Majority of the new proposed plants are gas powered plants. In 2014, the proposed capacity of NIPP plants was 5,455MW. 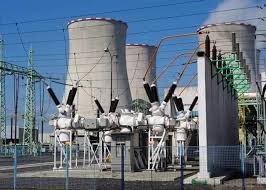 Current electricity generated in Nigeria is inadequate to meet the demand needs of households and business, as a result, Nigeria has a low per capital consumption of electricity, 109 Kwh in 2006. In addition, to this deficit, between 1970 and 2009, available power plants operated below optimal levels and electricity generated were lost in transmission. While electricity capacity was 5600 MW in 2001, power generated fell as low as 1750 MW. The hydro powered plants in Kainji, Shiroro and Jebba tend to have higher capacity utilization rates while the gas powered plant were affected by infrastructural and maintenance issues. Between 1980 and 1996, the country Nigeria witnessed a significant gap in electricity generated and electricity billed which indicates electricity loss in transmission. Since the coming of democracy in 1999, the loss ratio has reduced from 46.9% in 1996 to 9.4% in 2008. Vandalism of equipment, lack of proper maintenance of transformers, poor management and corruption are few of the reasons Nigeria's has produced sub-optimal electricity. In Africa, South Africa generates a total domestic electricity capacity of 51,309 megawatts (MW). Despite the privatisation, electricity generation capacity still stands at a paltry 3,400 (MW), even after Nigeria had spent N1.8 trillion on the power sector since 2015, and has continued to lose a staggering $29 billion to epileptic power supply year. One thing is sure, the most important amenity that any government can provide Nigerians today is stable power supply. It has ability to fix many other things.

ADD YOUR THOUGHTS TO THE POWER DISCUSS BELOW

Content created and supplied by: CriticalPen (via Opera News )