Ibrahim babangida: The Ultimate brain behind Nigeria’s many public Institutions

Ibrahim Babangida: The ultimate brain behind Nigeria’s many public institutions

Ibrahim Babangida came to power on August 27th 1985 via a coup plot and by the time he left office on 27th August 1993, these are the following public Institutions he established:

2,Technical Committee on Privatisation and Commercialisation: Established by decree No 25 in 1988 to set up the process for privatising Federal Government's over 600 companies, this committee metamorphosed to Bureau for public enterprise in 1992.

3, Federal Environment Protection Agency(FEPA): Federal government established this agency in 1988 via Decree 58 and amended in 1992 via Decree 59 which was charged with the responsibility for environmental management and protection

4, Agricultural Development Programe (ADP): Directorate for food, roads and rural infrastructure(DFRRI) was established in January 1986 to improve the life and standard of living of the rural dwellers and to improve rural agriculture.

5,National Planning Commission(NPC): It was originally set up by decree No 12 of 1992 as the National planning commission and later amended by act 71 of 1993. The core responsibility of the commission is the formulation of medium term and long term economic and development plans for the nation. It is now called Federal ministry of budget and national planning.

6, National Economic Reconstruction fund (NERFUND) :Established via decree No2 of 1989, it was set up to provide medium to long term financing to viable small and medium scale production enterprises.

7,National Directorate of Employment (NDE): Was established November 1986 as an intervention programme to mitigate the rising level of unemployment in Nigeria.

8,Raw Material Research and Development Council(RMRDC): Was established by RMRDC act promulgated into law by decree 39 of 1987, its an agency of government under the supervision of federal ministry of science and technology, vested wit the mandate to promote Nigeria’s industrial raw material.

9, National Drug Law Enforcement Agency(NDLEA): Is a federal agency established by decree no 48 of 1989 and charged with eliminating the growing, processing, manufacturing, selling, exporting and trafficking of hard drugs

11, Centre for Democratic Studies (CDS): Set up in 1991 to promote democratic values in the country. To educate the would be political players.

12, Federal Urban Mass Transit Authority(FUMTA): Established by Decree No 67 of 1993 to help commuters transportation needs across the country.

13, Women Development Council: Established in 1990 to promote women cause in Nigeria.

14,National Orientation Agency(NOA): Established by Decree no 100 of 1993, with the purpose of communicating government policy, promoting patriotism and development among citizens of Nigeria.

15, Directorate for food, road and rural infrastructure: Established in January 1986, it featured under the Agriculture development programe of Babangida’s Government to help develop rural agriculture.

16, National Agency for food and drug administration and control(NAFDAC): Established in January 1993 as a Federal agency under the Federal ministry of health that is responsible for regulation and controlling the manufacture, importation, exportation, advertisement, distribution, sale and use of food, drugs , cosmetics, medical devices, chemicals and packaged water in Nigeria.

17, Nigeria Export Promotion Council(NEPC): Actually established in 1976 but in 1988 the decree was amended to provide export incentives and make it more functional.

Babangida really tried for the country by establishing the above Federal agencies, his government also deregulated the Banking and Broadcast industries giving rise to Zenith bank, Daar communication e.t.c but the albatross of his government were:

-        The killing of Dele giwa: We didn’t say Babangida killed Dele giwa, but it happened during his government and his killers were never found.

-        Introduction of Structural Adjustment Programe (SAP) and devaluation of the naira

-        Massive corruption happened in his regime. 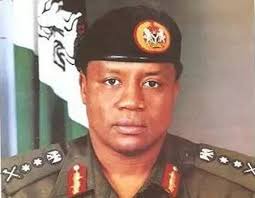