Only 907 of the 14,021 N-Power volunteers who left received allowances - Beneficiaries

By Hermorsea (self media writer) | 20 days ago 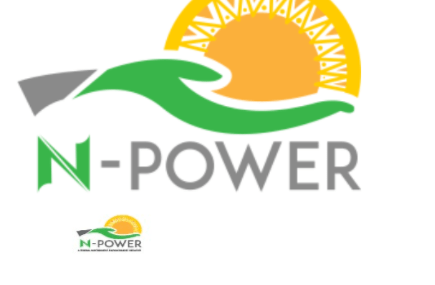 Some volunteers who left the N-Power program accused the federal government of paying only 907 of the 14,021 of their unpaid allowances.

The former volunteers, according to a statement by their spokesperson, Comrade Ridwan, claimed that the Federal Ministry of Humanitarian Affairs, Disaster Management and Social Development owed them five months of compensation.

Ridwan lamented that their reality is in contrast to the figure of 9,066 released by the ministry last Friday.

The ministry, in a statement by its permanent secretary, Mr. Bashir Alkali, said that the federal government in March 2020, reported the accounts of 14,021 volunteers to the Integrated Financial Management Information System (GIFMIS), due to the number of anomalies that have been observed.

The statement added that beneficiaries had multiple accounts, receiving other payments such as salaries and allowances from several federal government departments, departments and agencies (MDAs) on permanent employment or participating in other programs that "violate regulations guiding the N-Power volunteer program and could constitute serious misconduct and corruption.

He added: “The ministry has carried out a detailed investigation in conjunction with the relevant government MDAs, revealing that so far the accounts of 9,066 volunteers have been cleared for final payment. "

But Ridwan accused the ministry of hastily initiating the payment subsequently to 907 of the affected beneficiaries to avoid a protest that was held in Abuja later on Monday, "and has since stopped the payment."

He argued that not all affected beneficiaries had been fully paid.

Ridwan said: “We were shocked, baffled and disturbed to notice that the alleged payment was only made at 907, which is only 6% of all affected beneficiaries and not 9,066 verified accounts. beneficiaries, as the ministry claims. in its press release.

“We strongly condemn the whimsical and delaying tactics deployed by the Ministry of Humanitarian Affairs in paying our five months of overdue allowances after 11 months of submitting our bank statements for verification to the ministry. The delay in the payment of our unpaid allowances has left the majority of us in unspeakable difficulties ”

The beneficiaries, however, asked Minister Sadiya Umar Farouq to investigate the complaint and make payment for the remaining 13,411 audited accounts of the beneficiaries.

Content created and supplied by: Hermorsea (via Opera News )