By Olayinka-Agboola (self media writer) | 1 month ago 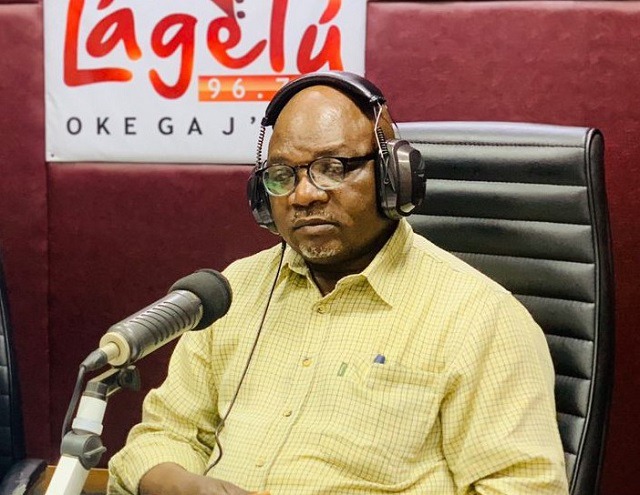 Dr Abiodun Olatunji Are is a medical practitioner who has been in the profession since his days as a medical officer in the old Oyo State. He worked in Osun Division and Lagos but is now in private practice. In this interview with Olayinka Agboola which was aired live on Lagelu 96.7fm recently, he made many submissions. Read the excerpts here:

How did you find yourself in the medical Profession?

Furthermore, I would have fit into any field that suits human endeavour, it is only lazy people that feel that one should be found in one area or specialization of life. There are lots of opportunities for those who have mental ability.

What does it take to become a really good Medical Doctor?

It is the passion for the job that comes first. Secondly it is about service to humanity, even though there is struggle for money and survival which has taken the human aspect of so many people. In true reality, medical profession is about caring for people without looking back and the deep passion for the job even during inconveniences.

Sometimes also, it is about giving treatment to people even without payment but when you look at the challenges of life in relation to your responsibilities, you will be made to readjust and make everything to go hand in hand. Medical profession is about diligence and patriotism.

Doctors and others are running away from Nigeria…What is your take sir?

A good mind is found in a good body and when you have been trained very well to deliver everything you have in your capacity but you are hampered by little challenges of life. Sometimes, in rural practice where there is lack of electricity and you are scheduled to conduct surgery and but you are faced with the challenges of borrowing a lamp from the ‘suya’ seller just to conduct surgery, you feel discouraged. Several things are militating against the medical profession but when you have an opportunity to move ahead in as a professional to seek greener pasture, you won’t hesitate to embrace the offer.

What are the commonest diseases that Nigerians contend with?

What we had initially was malaria, typhoid, cholera and others but recently our people have been contending with psychological problems.

Countless number of people have lost their jobs and cannot feed themselves and many are suffering from depression and committing suicide.

Recently, there is an increase in crime rate, vices and stealing has become so rampant. We are in a ‘jungle situation’ and we are confronted with different contending medical issues in both urban and rural areas of the country.

Do you think the Doctor/patient ratio in Nigeria is anything to be happy about?

We have never met the quota. Medical students in colleges upon graduation are leaving in droves to foreign countries such as Ghana, Gambia, South Africa to seek greener pastures and attachment. We cannot meet up with the doctors, nurses’ ratio because the young doctors are seeing what their senior colleagues are facing in the profession and are not prepared to be subjected to the same harsh conditions of service.

The Federal Government and some state governments are insisting that COVID-19 vaccination should be made compulsory for workers… What do you think about this sir?

Does the Federal Government have enough vaccines to actually go round? This is a kind of political gimmick and maneuvering. The same thing played out during the distribution of mosquito nets- it was seriously mismanaged and hoarded and this is not an ideal thing.

It is good to be vaccinated but the fear is there. Recently, some people travelled outside this country and they were told that the vaccines they received in Nigeria was fake.

The FG should have placed more emphasis on the preventive measures of combating the epidemic like disinfecting public places, compulsory wearing of face masks, compulsory washing of hands among others. Taking of vaccination is a right but people might decide not to be vaccinated. Taking vaccination is not even a full proof that one cannot be infected again.

What do you think is the relationship between one’s diet and sound health?

Diets make man and there are categories of diet system which are carbohydrates, fat and oil, protein and water. If you are not taking them in the right proportion, there is possibility of breakdown in the health status. Nigerians are not daily satisfying their dietary need. People eat a lot of carbohydrates nowadays and there is synergy between a balanced food and sound health.

The relationship between sound health and sleeping hours is another major concern. Sleeping disorder are prevalent and stress is the main cause of insomnia. Sleeping disorder is now very common among the rich and the poor because of the high rate of violence and criminal activities in the country. Lack of good sleep brings a lot of health issues and such individual will be hyperactive and would lack concentration. Irrespective of your situation, if one dies, others will take over the responsibility. The best way to live long is to cultivate the habit of sound sleep and good rest. Challenges of life are forever and you cannot conquer everything at once.

The other time, some doctors were being interviewed for Saudi Arabian jobs in Abuja and government’s security operatives reportedly went there to disperse them…though it was denied…How did this make you feel?

It was barbaric and out of order for government to treat them in such manner. People have a choice to work wherever they want - if the condition of service is good here, nobody will want to travel abroad to work. Nigeria is a better place to live in in terms of relationship among others. But when the stress of working in Nigeria seems insurmountable, you will want to move ahead to seek greener pastures.

Now, let us talk about the University College Hospital, UCH. Many of us believe the institution is under unnecessary pressure because of lack of primary and secondary health care delivery systems in surrounding states… What do you think sir?

Also, Engineer Seyi Makinde of Oyo State is trying but he needs to do more. The Governor needs to break the ice immediately and act decisively. The primary health care system can be done in collaboration with non-governmental organizations that are ready to support the health care system. It should not be left in the hands of the government alone, it should be in form of Public Private Enterprises (PPE) and I am sure it will yield better results.

On a final note, do you wish to advise younger Nigerians?

I will urge them not to lose hope, Nigeria will be better. I want us to be optimistic and have an attitudinal change towards governance and be selfless in whatever capacity we find ourselves.

Content created and supplied by: Olayinka-Agboola (via Opera News )