Why NBS Data May Not Reflect Nigeria's True Unemployment Rate

By InyaliPeter (self media writer) | 1 month ago 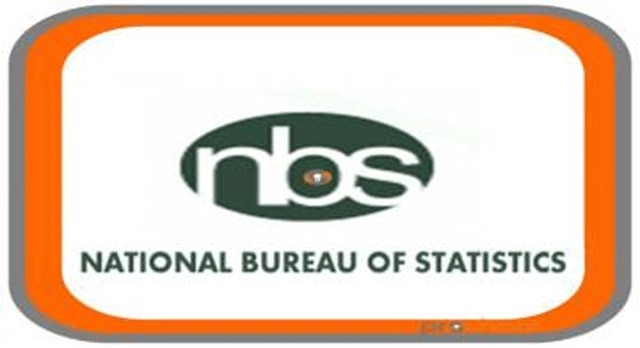 Unemployment is one of the most used words by politicians in Nigeria. Almost everybody and political parties seeking electorates votes for political positions always promise to end or reduce Nigeria's unemployment rate to the barest minimum.

But government after government, the figures doled out by the National Bureau of Statistics has continued to increase. This is despite political actors reeling out figures and claiming governments are creating millions of jobs.

In 2018, the Senior Special Assistant, Media and Publicity to the President, Alhaji Garba Shehu claimed that the Buhari's administration has created at least twelve million jobs. Shehu during the December 2028 interview said that the twelve million jobs were created in the Agric sector alone.

At the time Shehu made this claim, Nigeria's unemployment rate according to data by the NBS stood at 23.1% in Q3 of 2018. The figure climbed to 27.1 in Q2 of 2020 and currently stands at 33.3% in the data released in April this year. The latest figure represents 23.2 million of the about 70 million Nigerians who are eligible to work.

The big question begging for answer is, why is the NBS reflecting increase in the unemployment rate despite government's claim of creating twelve million jobs launching? How about the jobs from informal sectors like taxi, food/restaurants, digital media, etc? .

NBS has not at any point dispute the claim by the Presidential aide that the Buhari's government in its first four years created not less than twelve million jobs yet instead of the figure to reduce, it is on the increase.

Perhaps, the NBS data is just highlighting Nigeria's faulty data systems or opening further debate to question the proper use of the term "unemployment".

According to Corporate Finance Institute (CFI), unemployment is a term used in referring to "individuals who are employable and actively seeking a job but are unable to find a job. It is usually measured by the unemployment rate, which is dividing the number of unemployed people by the total number of people in workforce".

This definition drives us back to whether what we called unemployment in Nigeria is truly so. Because, to get the correct figures, the word must be properly defined and Nigerians should know the employment level at every sector.

This is because, today, in Nigeria, the informal sector is creating a lot of jobs for young people which the figures don't seems to reflect. The online taxi services like Bolt, Taxified, Uber, etc have created a lot of jobs for many Nigerians.

The fashion industry is also booming with many Nigerians now appreciating native wears more than ever. On daily basis, young people are setting up fashion businesses like tailoring shops, hairdressing saloons, barbershops and are creating jobs for many others

A good tailor who knows his/her onions makes an average of N250, 000 in a month. And hairdressers make roughly the same amount. Those into modern online taxi business who don't own vehicles themselves remit an average of N25, 000 a week which means N100, 000 a Month to vehicle owners. This means that the divers make double this amount every month.

There's also an increase in investment in food/restaurants business with the availability of the internet which has made it possible for people to order and have their meals delivered to them at choice location.

Young Nigerians have also taken advantage of the opportunities in digital media to get themselves gainfully employed. A lot of people are making huge sums from blogging, V-logging, comedy skits, online stores, etc.

Most of these opportunities were not there five to ten years ago but instead of the unemployment figure to reduce, it keeps increasing. And because these figures continue to increase, those not engaged in the formal sector don't see themselves as being employed.

Recently, I had a chat with a tailor friend who owns a shop. Her desire has always been to find a government job and when I asked her why, she said after expending so much money in school, she needed to make some money from government. When I pressed her further, she said she's not employed despite accepting that she makes more than N200, 000 a month.

The question is, how many government jobs can pay her that much?

Although, it's clear as crystal that government needs to do more to create more jobs or enabling environments for job creation, there's need for serious reorientation on the reality that government can't employ all her citizens.

Those in the informal sector too need to understand their position as a critical component of the nation's economic structure and providers of employment and income opportunities for others.

The NBS has a critical role to play in properly measuring Nigeria's unemployment rate. The measurement should be robust and holistic to reflect the reality and jobs in every sector of the economy especially, the informal sector because for now, the figures doesn't look like true reflection of the situation.