NoBarring any sudden change in plans, schools in Nigeria would reopen in September, a senior official of Federal Ministry of Education confirmed to Daily Sun on Friday, in Abuja.

Although this was disclosed by an unnamed official to the press adding that the decision will be implemented after school must have been put in proper position to control the spread of COVlD-l9.

The senior official of the Federal Ministry of Education also told Daily Sun that "officials of the West African Examinations Council (WAEC) have been contacting the Ministry, National Assembly and other relevant agencies lobbying the officials in order to make them persuade the government to reopen schools so as to allow students in the graduating classes to participate in the regional examination".

Although this is said to be the case it goes a long mile to question the intentions of the government as to the value they place on education.

The official, however, confirmed that officials of the West African Examination Council have been unease by the announcement made by the Federal government of Nigeria about its students not participating in the 2020 WAEC examination. And has since then, been lobbying and using every opportunity to make the government see reasons to reverse the decision so as to allow students participate in the examination. 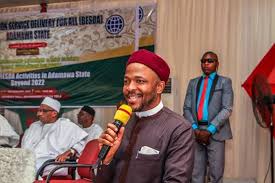 Also the senior official disclosed that: “The Minister of State for Education, Chukwuemeka Nwajiuba, met with WAEC officials on Monday, and during the course of this meeting it was agreed that there would be a further consultation with four other countries on the possibility of a new date for the examination.” and this also brings rise to another question does that mean students should prepare to stay longer at home?

Meanwhile, the Director of Press, Federal Ministry of Education, Ben Bem Goong, in a statement, on Friday, confirmed that Federal Government has given school owners in the country up to 29th July, that is 11 days from now to meet specific guidelines towards the safe reopening of schools. And we hope for there to be a final announcement in date if resumption. The Ministry’s spokesman also confirmed that the Ministry has met with Federal Ministry of Health, Nigerian Centre for Disease Control,(NCDC), the Education in Emergencies Working Group, and had developed and circulated guidelines for safe reopening of schools, as funny as this might sound but all these addresses are leading to the uproar of new questions : was the NCDC and other relevant authorities not consulted before the release of the previous guidelines?

He said the Minister has directed school owners to carefully study the recently released guidelines for safe reopening of schools, prepare and comply with the guidelines so that schools can be reopened.

He explained: “Schools are to undertake self-assessment and send feedback to State Ministries of Education, not later than 29th July, 2020. Thereafter, consultations with relevant stakeholders will be held on 30th July, 2020, to review the situation and decide on a specific date for reopening of schools or otherwise.

“We have consulted widely with stakeholders in the education sector, including Commissioners of Education in all the states of the federation, the Association of Private School Owners of Nigeria,(APSON), National Association of Proprietors of Private Schools,(NAPPS), Provosts of Colleges of Education, Rectors of Polytechnics, Vice Chancellors of Universities, State Governors, and development partners on the issue of safe reopening of schools.”

Recall that, on Monday, Federal Government released 52 page guideline document for safe reopening of schools, advising schools to strictly comply with the guidelines for the safety of students and teachers against COVID-19. Also the student bodies have given the Federal government an ultimatum of 2 weeks to look in to the lockdown of schools to that end the end of this month holds a whole lot as decisions would be made concerning the fate of students.

Which do you think it would be? A failure in the Federal government to release a resumption date as usual? Or a protest by the student Union