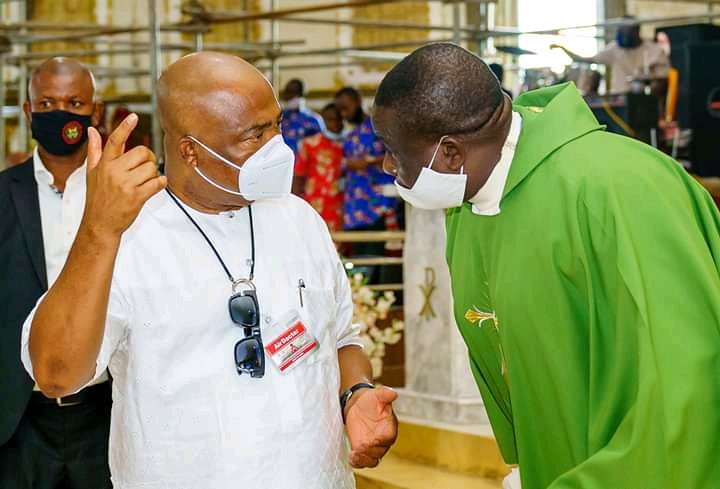 IMO: THIS REGIME'S NON-PAYMENT POLICY AND ITS DEBTOR STATUS AND CULTURE

In spite of all sorts of abuses, insults, threats, intimidations and harassments from fellow Imolites for reporting the matters arising from this current regime in Imo State, I report only the truth, the whole truth, and nothing but the truth. Woe is me if I ever report lies against this already failed regime!

In this edition of my short essays series, am led to report on my findings on the strange debts owed by this regime which it shouldn't owe. It's a debt that soils and darkens the image of a person. Thus, the image of this regime has been soiled and darkened by involving itself in such indebtedness.

In the foregoing analogy, the woman that gave the money to the man is the Federal Government. The man is this regime. The woman that's owed the money are the various agencies of government like National Union of Local Government Employees (NULGE), Imo State Oil Producing Areas Development Commission (ISOPADEC), and the registered contractors that worked for the Imo State Universal Basic Education Board (IMSUBEB). Do you understand?

The connectivity is that in each case, specified amount of money was handed to this regime to ensure it reaches the respective bodies. But in each case, the regime allegedly withheld the money entrusted to it.

The NULGE recently complained that its statutory money, which was duly given out by the Federal Government and duly received by this regime, wasn't released to them for months.

The ISOPADEC recently in a protest at the Government House, Owerri, recounted how certain percents of statutory revenue that accrued to it and already received by the regime didn't get to them as they should.

Just this Tuesday, July 14, 2020, a group of people bearing placards on protest at the offices of IMSUBEB in Owerri, who introduced themselves as registered contractors that worked for IMSUBEB, inter alia, complained that their contract money released by relevant authorities in Abuja and domiciled in Zenith Bank in Imo State, requiring final authorization by this regime to be paid, has remained unpaid.

The experiences of NULGE, ISOPADEC, and IMSUBEB contractors in the hands of this regime over money that was already received on their behalf by this regime, but which the regime refused to release appropriately has further exposed the regime as having a plan of impoverishing Imo people with non-payment policy.

All the contractors that were mobilized to road construction sites across Imo State by the Ihedioha administration have all packed their equipment and machinery and left the sites because this regime refused to pay them.

Even Commissioners and all other appointees of this regime aren't being paid as and when due! That's in spite of all the alleluia for imaginary and anticipated shared prosperity! All because of the strange non-payment policy of this regime!

But above all, it has expectedly showcased the very bad status and culture of a chronic debtor which this regime has avoidably created for itself. I speak and write like a true and well-meaning citizen of Imo State!

Let every true, well-meaning Imolite join in shooing away this chicken that's scattering and scavenging on excreta of non-payment policy with its toes, because nobody knows who will eat those toes when the chicken is done for eating. Truth is bitter! But it must be told by few and heard by most, and listened to by many!

By God's grace, Imo State must be rebuilt!p