Take A Look At The Changes In Real Madrid's New Stadium

A record-breaking roof that can open and close in 15 minutes, a panoramic terrace, an asymmetrical façade, and a special metal skin, Step inside. 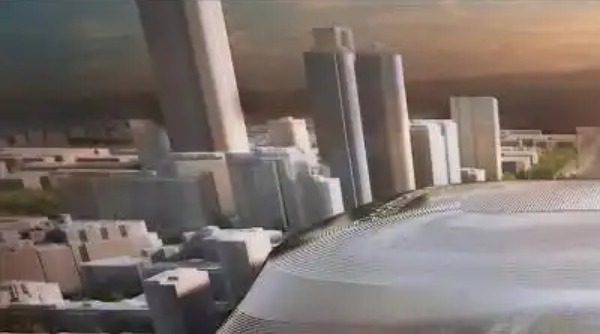 The new Santiago Bernabéu will become, after its inauguration, one of the architectural symbols of the world, and certainly in the world of football. This was the idea with which Florentino Pérez commissioned the project that is now being developed by construction company FCC.

The architectural challenge that resulted in three of Europe's leading studios heading the list, as L35, Ribas from Catalonia and the German company GMP all proudly display images, models and videos of what the transformation will be like on their official websites. This are the changes that they will make in the stadium:

When the Real Madrid president commissioned the contest he made something very clear: a total transformation of the stadium was a fundamental requirement. And with that idea they got to work. They were asked to convert the stadium into an architectural icon, with the result being that the old Bernabéu would be just a memory. The intention was that it would be a recognisable structure worldwide, just as Big Ben in London or the Sydney Opera House.

The upper rings are essential in order to carry out the work while the stadium is being used. Otherwise it would be impossible. The works must be carried out from summer to summer, although the current enforced stoppage in play due to the coronavirus crisis has seen the deadlines shorten. And completion can be brought in even further if, as we recently reported, the team initially returns to play at the Alfredo Di Stéfano stadium. There is a first compression ring around the stadium. That allows for a key aspect, lifting another inner traction ring with a series of cables. This frees up the pitch so that play can continue while work is ongoing on the deck. That should happen next season.

Ceiling that closes in 15 minutes

According to the stadium designers, the roof can be opened snd closed in 15 minutes. The covering is made of an extremely firm plastic. Water removal from the roof has been carefully considered to prevent any part of it from falling due to its weight on rainy days. There will be a large 360-degree LED scoreboard in place that will preside over the stadium and it will be installed in the main ring. The retractable roof will allow for 76 metres of light, which is a world record according to the architects in charge of the project. 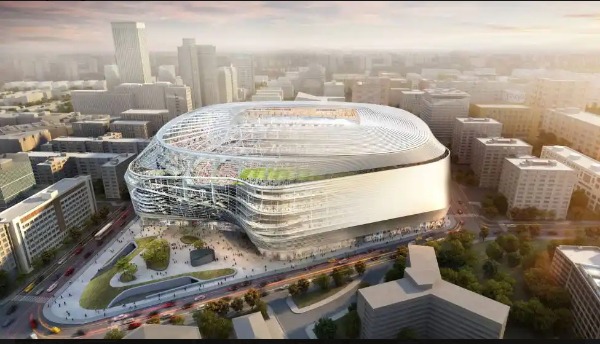 The current stands will remain exactly as they are although they will gain some height on one side. The change will be substantial on the outside, but on the inside the Bernabéu will be almost exactly as we know it know.

The stadium will be surrounded by stainless steel plates, a metal skin to maintain the conditions within the stadium. Treated stainless steel will avoid reflection and will have an ‘appearance of pans possibly found in a kitchen’, as the architects themselves say.

It will definitely have a titanium look. It is an aspect of the stadium that has been studied very carefully, especially with knowledge of London’s Walkie Talkie building, which needed a major reform after its surface reflected the sun's rays onto the road, damaging parked cars and shop fronts. 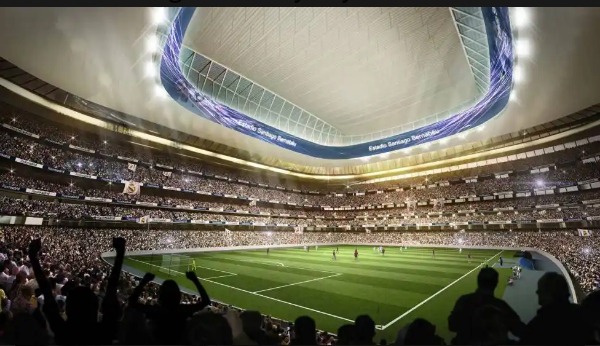 The studio that designed the New Bernabéu wanted to break away from a building with four traditional façades. That was the initial motivation. They wanted to step away from symmetry. So the façade is completely asymmetrical. It changes depending on the side from which you look. The smooth and curved lines change the face of the façade according to the perspective from which you are looking.

The upper line defines a walk that will be around the perimeter of the stadium that is open, like a terrace. Fans will be able to go around the entire stadium and enjoy the sights of Spain’s capital.

The current Bernabéu has 57 doors but no official main entrance, and this will be one of the fundamental changes to the new stadium. The entry is aimed to be symbolic and there will be a large lobby on the west facing side of the Paseo de la Castellana. 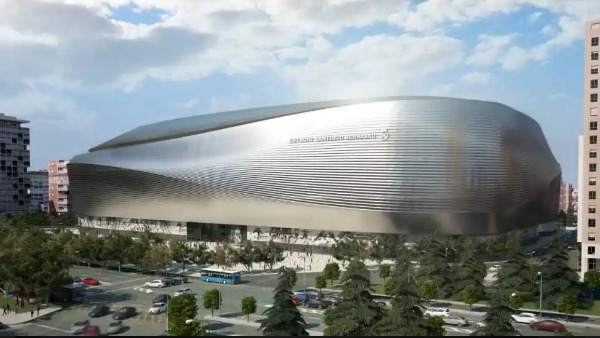 In the initial plans to develop a large luxury hotel and a shopping centre are not possible. However, there is an opportunity to set up a small luxury hotel with rooms facing onto the field of play. It will be difficult, but it has not been ruled out. 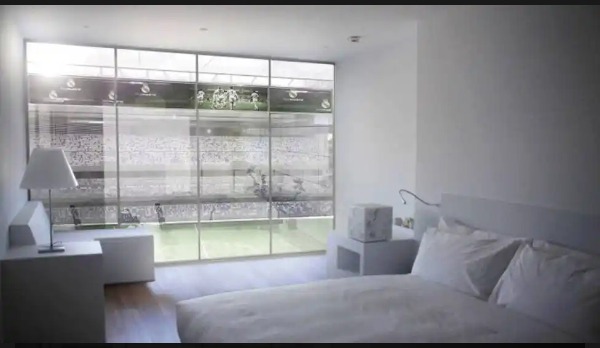 The Real Madrid museum is one of the main sources of financing for the club, and it will be modernise to create even more space for exhibitions. Around four million people take the Bernabéu Tour every year (the most popular site in the Spanish capital after the Prado and the Reina Sofía museums), and with the reforms will come an expected price increase to the €20 tickets. Space will be enabled for major events to be held within the new stadium, something seen as essential to return revenue into the club. 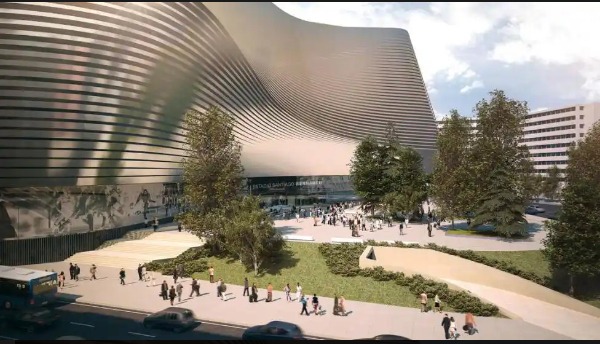 Here are some pictures of the new stadium under construction: 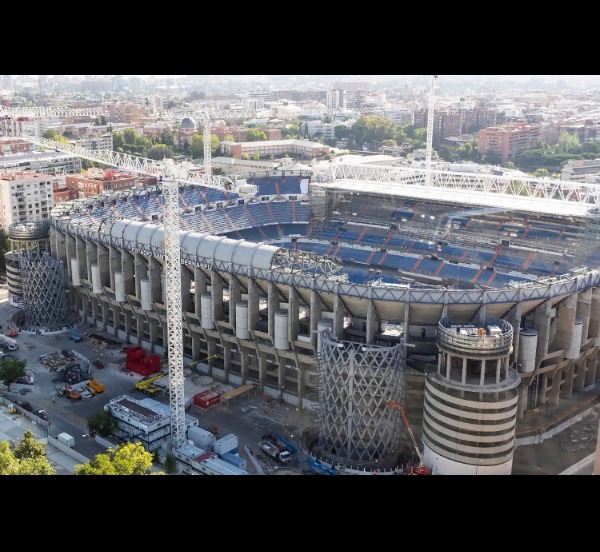 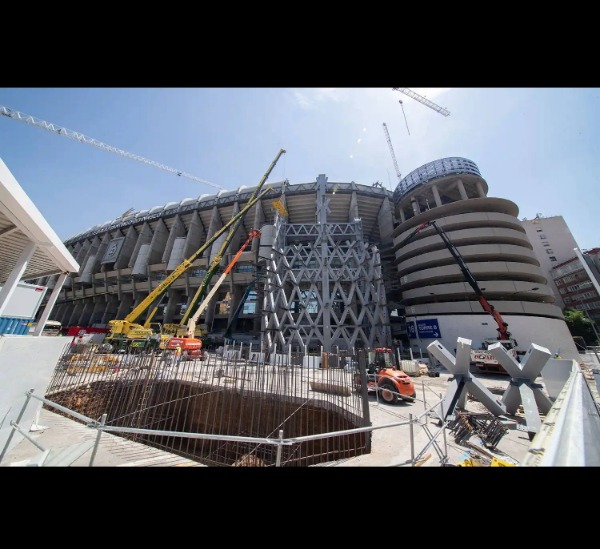 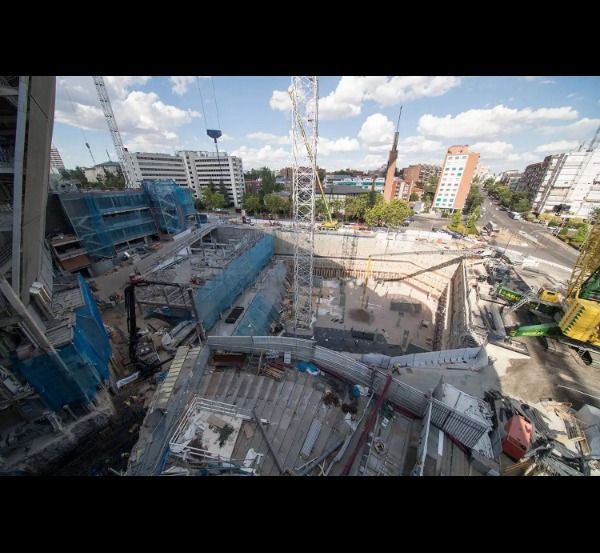 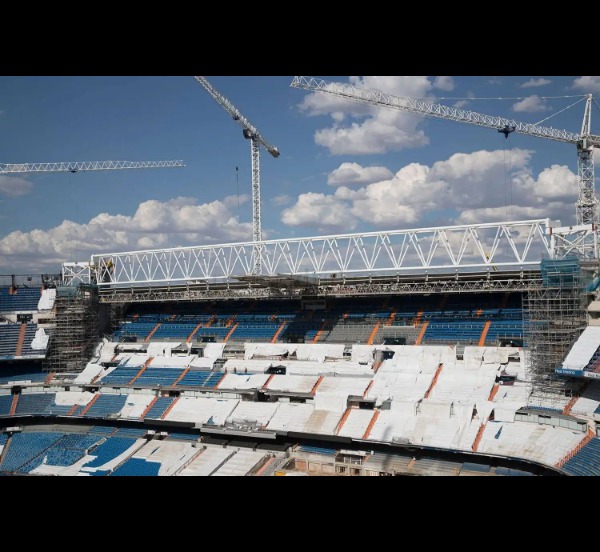 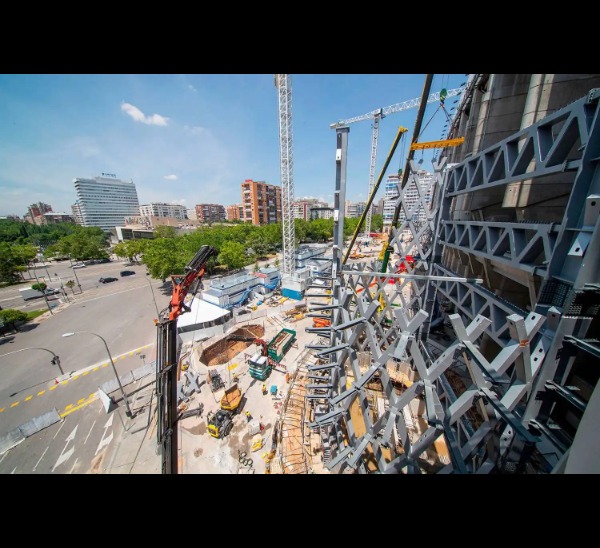 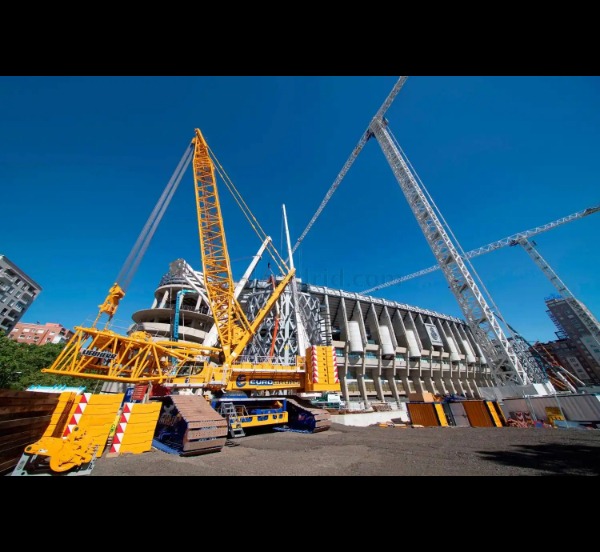 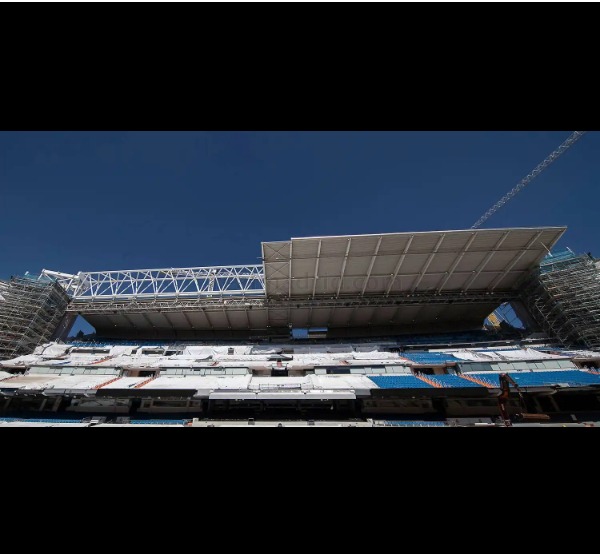 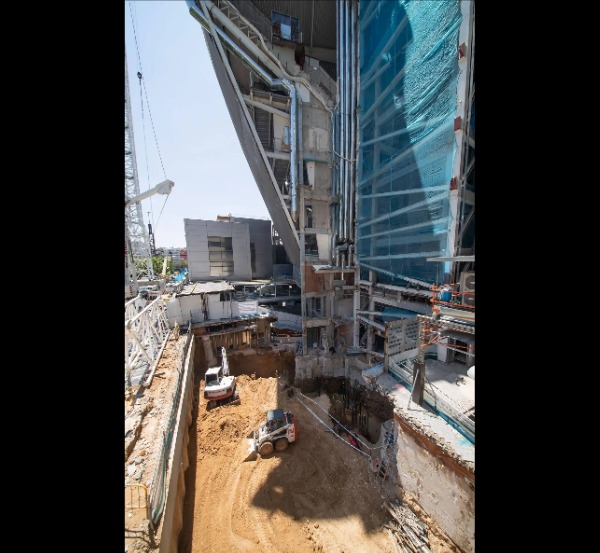 Here are some amazing pictures of the new Real Madrid's Stadium after construction: 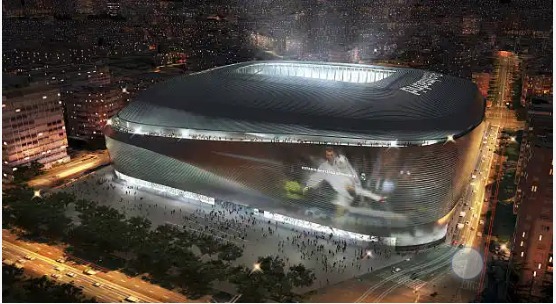 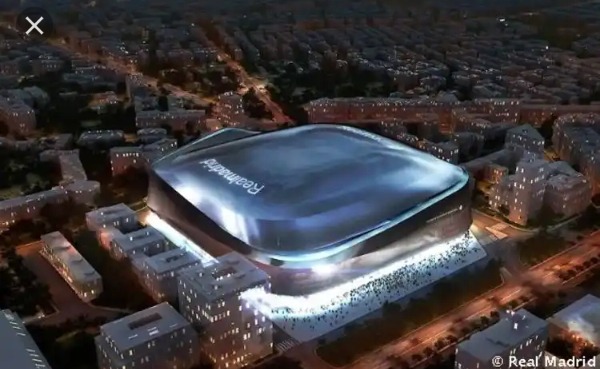 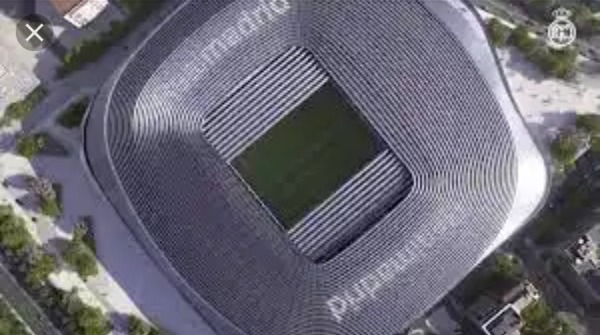 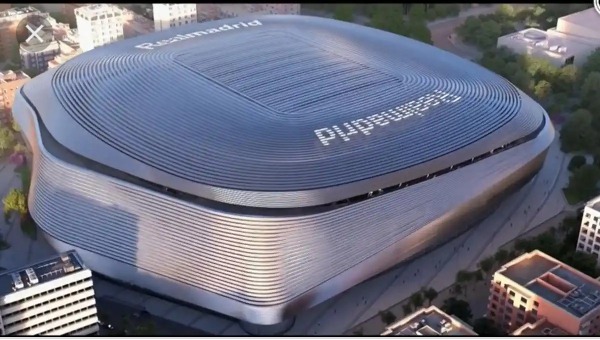 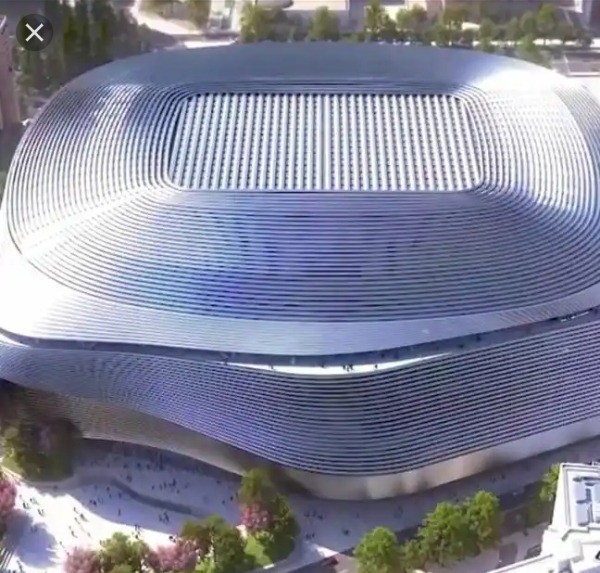 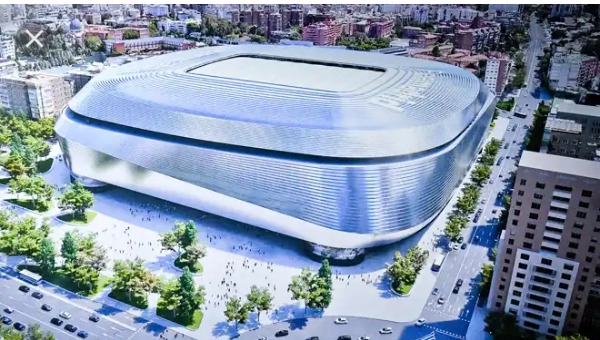 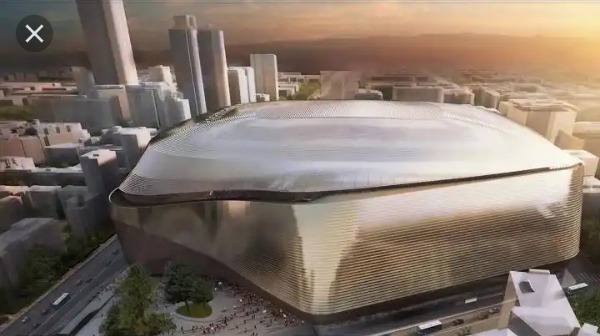 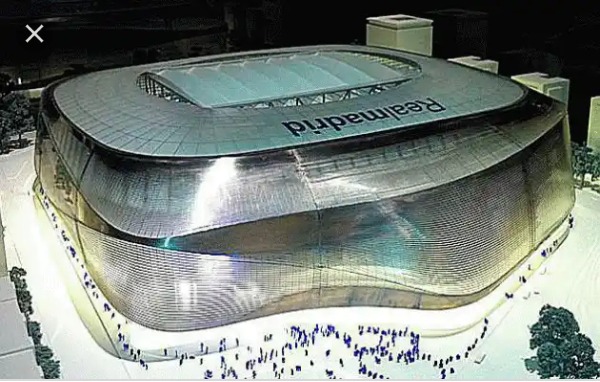 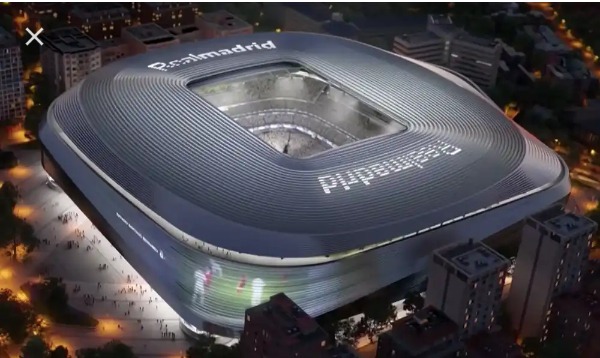