Federal Government and the issues of reopening schools for WAEC examination. 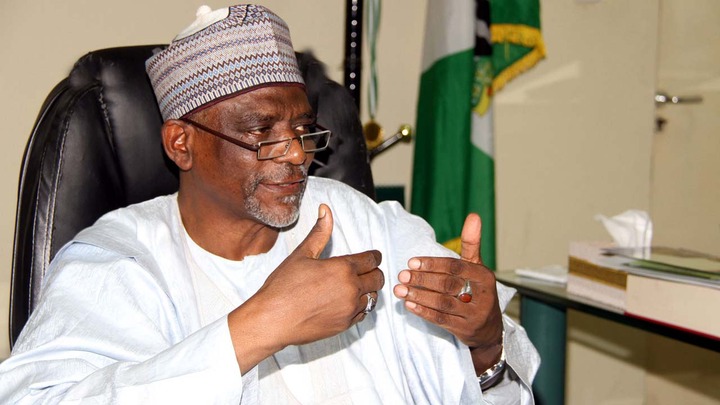 The realities of COVID-19 and its destruction destroy conventions and threaten the future of tomorrow's leaders. With the West African Examination Council (WAEC) setting its exam between August 5 and September, the Nigerian government says that seniors at unit universities will not sit for the exams. Any way out? Head of the Office of Education, IYABO LAWAL, reviews the situation.

On March 19, the Minister of Education, Adamu Adamu, ordered that the 104 schools of national unity be closed before March 26 as a proactive step aimed at preventing the spread of COVID-19. In issuing the order, Adamu had said that all school principals should "quickly follow" the second quarter exams and the "nearest store" until further notice.

A few months later, the Federal Government was reported to have issued guidelines to reopen schools across the country, leading many to conclude that students would soon return to school. In fact, the government had suggested that schools could reopen in August, as the Lagos State took the lead in announcing that High School 3 and Technical Schools 3 should reopen on August 3.

However, a few days ago, as many Nigerians, students, and WAEC waited to begin the Old West African Certificate Examination (WASCE), the minister grimaced. It collided over the federal government's decision to reopen schools so that high school students could enter the exam.

A certain Adam said he would get nothing out of it. Determined, the minister clarified: "Schools under the supervision of the Federal Ministry of Education will not reopen on August 4 or in the short term."

Won't federally owned schools reopen soon? You heard the right minister. But why does the minister come to that end?

I explained to him: “Our schools will only open when we believe it is safe for our children and this is when the situation is correct, not when the number of COVID-19 infections is increasing in the country.

"So I just want to make it clear."

To emphasize, Adamu said the government will not reopen schools now for testing or any other reason unless it is safe for students, the comprehensive WAEC, because the council cannot decide what to do with the government.

The education minister was reportedly misled that WAEC was not holding the ministry together. But there is a more important reason, according to Adamu.

The minister said a stakeholder meeting had been called to review the situation and what needed to be done to reopen the schools, but while the meeting was ongoing, WAEC announced plans to start the exams.

"So, let's see who they start with," he had revealed.

"I feel responsible for all the children in Nigeria, not just for those in federally controlled schools. Please save our children from this."

Demonstrating the dire consequence if things go wrong in the name of taking an exam, Adamu emphasized that only an infected child could infect everyone in the class.

"If a child in the hotel is infected, the next morning they will all be infected. So this is not the right time to open schools."

As original and humane as the miner's reasons can be, he has become a scourge to those against his decision not to allow high school seniors to sit for WASSCE.

Among the rushing crowd are the country's federal lawmakers. According to them, the reversal showed that "our policymakers" can simply take a strict approach to the need to tackle the novel coronavirus instead of taking proactive and creative steps to manage and contain it.

Therefore, the Committee of the Chamber of Education did not agree with the minister, urging him to reconsider his decision to save the country's educational system without falling into a new interruption. Lawmakers argued that the government should insist that the test be based "exclusively" on already covered school curriculum.

Speaker of the House Committee, Prof. Julius Ihonvbere, had said: "The Minister also did not inform the public if the decision was the result of a meeting with all the state governments responsible for all, but with the government-owned unit schools Federal.

"This sudden reversal of policy is not good for the country. It is intended to create more confusion in the education sector, create frustration and doubt among parents, irritate students, and tell our development partners and Nigerians." that distortions and disarticulations in the sector are only getting worse. "

They asked the education ministry not to give up its responsibilities, but to take responsibility, ensure the direction of policies, involve states and other actors. Additionally, they asked WAEC to quadruple their defibrillators and use all classes and event centers to conduct the exam and comply with COVID-19 protocols.

Lawmakers also suggested a way out of this disaster: that the Ministry of Science and Technology, as well as the Ministries of Environment and Health, should smoke in all classrooms, provide buckets for washing hands with soap, water, and masks. for all students' faces, and cancel reopening of dorm hosts to facilitate so-called revision classes.

They added: "We are parents like him. No parent would want to delay, distort, or terminate their children's progress. We are convinced that if our bedroom policy is followed, the scope of conception, the use of it. WASSCE can develop easily and without consequences, in all classes and classrooms, quadrupling the number of caretakers, providing facial masks, disinfectants and hand-washing facilities.

However, the Head of the Nigerian WAEC Office (HNO), Patrick Areghan, said that since the government has the right and power to take a position, the council cannot face it.

The head of the Emergency Program of the World Health Organization (WHO), Dr. Mike Ryan, appeared in Adam's line when he said in the current situation; It is unlikely that we can eradicate the virus.

So I noticed: "The best way to reopen schools is for eleven countries to be successful in fighting the spread of the disease."

But COVID-19 cases in Nigeria are spraying the day. However, private school teachers would not have any of them. They claim that standard security protocols have been established to prevent the virus from spreading to school facilities.

The president, the National Association of Private School Owners (NAPPS), Chief Yomi Otubela, said the group has prepared its members to resume according to protocols established by the Nigerian Centers for Disease Control (NCDC).

Otubela already said member schools had taken steps to wash hands, infrared thermometers, acne, hand and face sanitizers for workers before returning. I added that relevant workers were trained on how to handle children in a pandemic, spreading bedding to allow a two-meter distance between decontaminated children and schools.

Similarly, the Nigerian National Association of Parents and Teachers (NAPTAN) said the group is ready to provide students with face masks, water, soap and sanitation.

In a World Bank article written by Julia Liberman, Victoria Levin, Diego Luna-Bazaldu, and Michelle Harnisch, and with good reason, 'High school exams during COVID-19 (Coronavirus): What is the best approach? ? Three possible scenarios were recommended for countries fighting COVID-19, on the one hand, and intervention with the idea of ​​reopening schools for students to take exams.

They argued that agencies like exam boards, boards, and ministries of education would have to address some key questions before deciding how to proceed, even if exams are canceled or postponed beyond the deadline for high-level decisions; on what basis would decisions be made about the allocation of scarce resources and how could transparency and fairness be maintained.

They said: “If the exams are passed in an online format, how can fair access be guaranteed for all students? What provisions will ensure that students in remote or rural areas, those with disabilities, and those who do not have (or poor) access to the Internet or computer or tablet can take the test? How will the testing team ensure test security is maintained and what mechanisms will prevent test tampering or item leakage?

"Finally, how can students with different socioeconomic backgrounds prepare for the exam format / presentation fairly and fairly, given the disruption of classroom instruction?"

They further noted: "If the tests are replaced by teachers (or 'experts'), with the required qualifications, what resources should be provided to teachers to ensure accurate and fair assessment and effective communication of what students know and can do? , especially in the context of distance learning? "