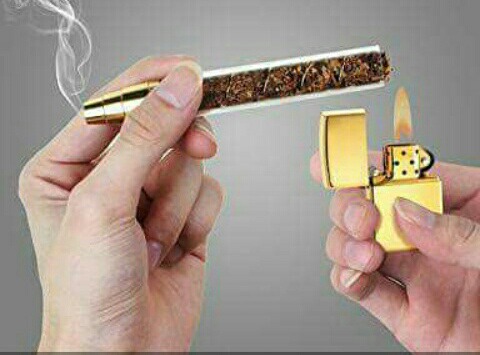 Ask any smoker out there,we all seem to have or know one, a friend,family member or a classmate,they are all around us now believe it or not,no matter how hard to try to convince them about the negative effects we've all read online from scientists,doctors and yes our very own parents giving out examples of people who've smoked and are now wanted criminals or having mental issues. The real truth is weed smokers speaks in agreement and they all say the same

WEED MAKES PEOPLE CREATIVE: According to many,smoking weed is like having full control of your own Brain, beliefs like that will never make a smoker just one day say he wants to stop smoking. According to surveys,most creative people tend to have an encounter or two with weed

IT TAKES THE SHY AWAY FROM PEOPLE: We've all heard about people smoking before going for a job interview,yes job interviews. For some people,talking to friends could be hard and imagining facing men deciding your career,getting a quick weed would get a man ready to face them with the fear and anxiety

ROLE MODELS ARE LEGENDS: Celebrities of nowadays are weed smokers.Burna boy flaunting weed on Instagram videos,olamide,WizKid,and even the Baddest are all in the category and looking back to people of the 90s like snoopdogg, Fela Anikulapo whose kalakuta shrine is now the only place in Nigeria that you can light a joint.All the more reason for a smoker to believe weed has nothing to do with making it in life, and infact believe that they have a better chance with weed being around

WEED MAKES PEOPLE FEEL GOOD: It is no secret that weed makes people feel good about themselves,some smoker even go to the length of calling weed GOD'S PLANT. i have seen someone who will not take a tablet when he having malaria, he smoked a joint and surprisingly it worked

POSITIVE SCIENTIST CONCLUSIONS AND MEDICAL TESTIMONIES: Seem like weed is proving to still be a mystery, but one thing that has been sure since it burst into the scene is that it's benefits are unlimited. For example it has been rumored that it is showing some potentials in creating solutions against coronavirus, which is making weed smokers proud and winning their war against the the stigmatization of their so called GOD'S PLANT. which is now making people look away from the negative effects.

CANCER THEORIES: It is no longer news that one way or another,weed has some properties capable of dealing with the cancer enough to make it a real area of focus for researchers having sleepless nights trying to find cure for the deadly disease. If you've ever tried a joint and felt good now imagine scientists telling you it can help against one of the deadliest diseases around

WINNING WAR AGAINST STIGMATIZATION: It is now a general topic for countries on how to legalize or regulate marijuana, that's because it is proving to be a real deal that can't be ignored but instead needs heavy restrictions. Even weed has been legalized in some countries in Africa which gives a real reason to believe marijuana might be here to stay this time.

We have seen or heard about good respectable people in the society either an occasional weed smoker or the real deal,it is rumored that weed is not for everyone so a little advice DON'T DO MARIJUANA UNLESS YOU KNOW WHAT YOU ARE GETTING INTO