By Boompen (self media writer) | 1 year ago

As the case maybe, we all know that the World Trade Organisation, is an intergovernmental organization that is concern with the regulation and guiding of trade between Nations, Also, To see and maintain a smoothly fair trade between its members

The current Director-General Mr Roberto Azevedo who announces that he is stepping down from the office on August 31, So that his successor will take care of the fresh start and how to handle covid19 so not to affect the organisation objective.

There are 164 current member states, it is the largest international economic organisation in the world.

However, as the current Director-General announces the stepping down, there has been several things going on who to replace him.

So as it is there are eight candidates contesting for the office in the order the nominations were received. 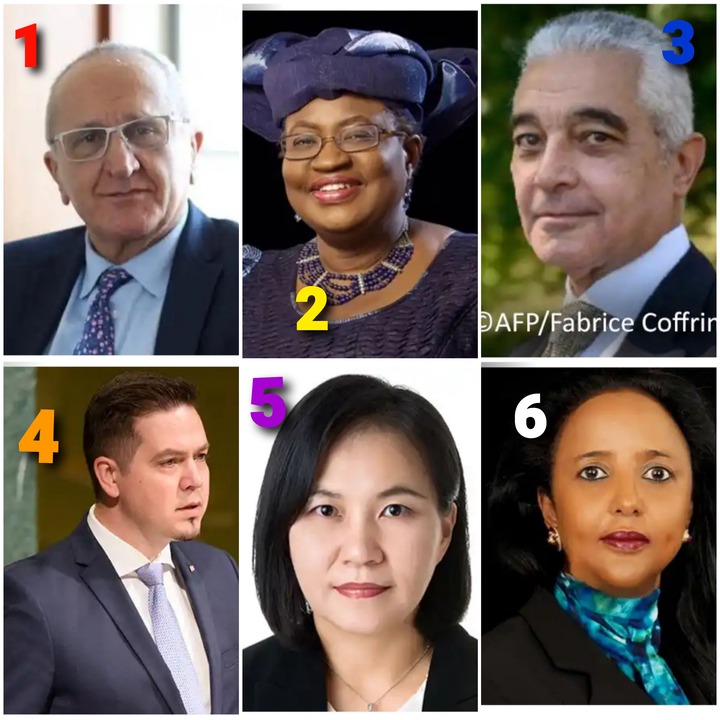 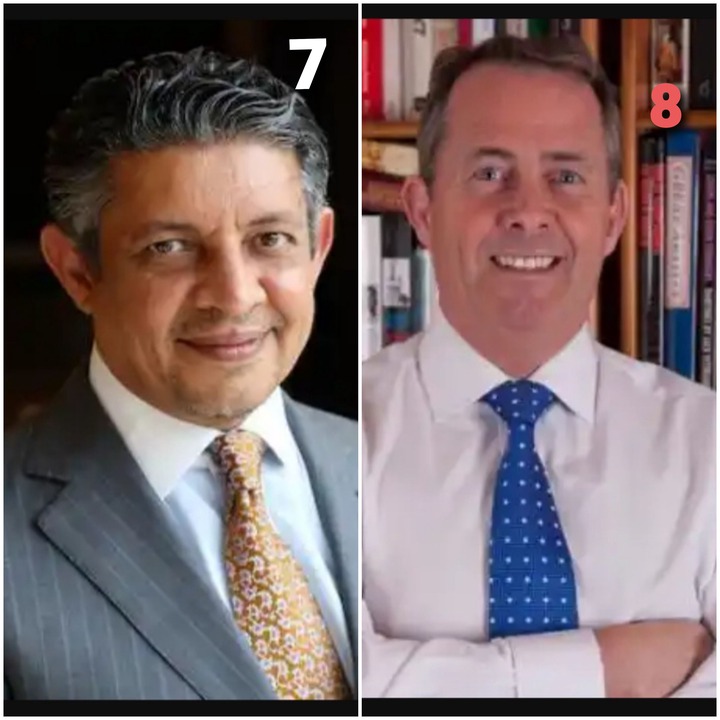 He is an economist, diplomatic, politican with an experience in trade negotiations and management of international financial crises.

He earn his Masters and PHD in Economic from University of Oxford, England

From 1986 to 1989, he worked at the World Bank as Chief Economist, there he was an expert in charge of fiscal policy in the Country Policy Department. As a sign of the experience he later became the Chief Economist leading all the economic work in the Department of Brazil, which include the implementation of the new Brazil VAT.

On June 8, 2020, Dr Seade was officially nominated by the Mexican Government for the position of General Director of the World Trade Organization (WTO).

She is a Nigerian - born economist and international development expert. She sits on the boards of many company and organization like; Standard Chartered Bank, Twitter, Global Alliance for Vaccines and Immunization (GAVI) and the African Risk Capacity (ARC)

She Spent 25 year career at the World Bank as Development economist , Also she served two terms as Finance Minister of Nigeria( 2003-2006, 2011-2015) under the leadership of President Olusegun Obasanjo and President Goodluck Johnathan.

In June 2020, President Muhammad Buhari of Nigeria nominated Okonjo-Iweala as the country's candidate to be Director - General of the World Trade Organization(WTO)

He worked as a negotiator for Egypt since 1985 and a senior WTO official since 1990.

Egyptian Government nominated Mr Abdel-Hamid Mamdouh as the country's candidate to be Director General of the World Trade Organization (WTO).

He served as the lead Secretariat official on the drafting of the General Agreement on Trade in Services (GATS), Before the founding of World Trade Organization

He once served as High Commission of Moldova to Liechtenstein and Switzerland, he has 15 years experience in diplomatic relations

The Republic of Moldova, on 16 June 2020, nominated Mr Tudor Ulianovschi for the post of WTO Director-General

She is the current minister for Trade of South Korea, being the first woman to hold the position

Being known as a Veteran in trade circles who has worked in various government agencies over twenty five years. She holds an MA in Public Policy from Seoul National University and Juris Doctor Degree (J.D) from Vanderbilt University Law School, and was admitted to the New York State Bar in 2003

From 2007 to 2010, Too was dispatched to the Korean Embassy in Beijing, China, were she works as the first secretary and counsellor.

Upon the completion of her occupation in China, She moved position to Singapore to the Asia - Pacific Economic Cooperation (APEC) headquarter were she served as Program Director in the APEC Secretariat for 4 years until 2014.

In June 2020, the Republic of Korea officially nominated as the country's candidate for the Director-General of the World Trade Organization, Duly expressed her bid to run for the election.

She is a Kenya lawyer, diplomat and politician, she is currently serving as the Cabinet Secretary for Sports, Culture and Heritage in Kenya.

Previously, she served as the chairwoman for the international organization for Migration and at the World Trade Organization's General Council

With her experience and expertise, she has worked in United Nations as Assistant-Secretary General and Deputy Executive Director.

For Kenya, She served as the Cabinet Secretary for Foreign Affairs of Kenya May 2013 to February 2018

On 7 July, 2020, she was nominated by Kenyan Government for the position of World Trade Organization Director-General.

Al-Tuwaijri is a Saudi Arabian politician and economist who has served as the Kingdom's economy and planning minister from November 2017 till March 2020, when he was then appointed as an advisor to the royal court.

On 8 July, 2020, Kingdom of Saudi Arabia submitted Al-Tuwaijri as the candidate to head the World Trade Organization.

On 8 July, 2020, the UK government nominated Fox as a candidate for Director-General of the World Trade Organization

So, What's your own opinion about this eight candidates? Who did you think that is fit for the job?

Content created and supplied by: Boompen (via Opera News )