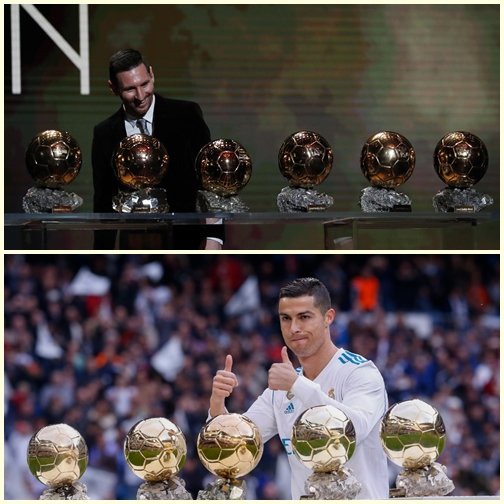 France football have confirmed they wouldn't be giving out the Ballon d'Or award for 2020 because of the unfair conditions caused by the coronavirus outbreak.

This news only favours Messi as he is the current holder of the award and he will now hold onto it for an additional year.

These three players, Lionel Messi, Cristiano Ronaldo and Lewandowski have all had a good season individually and one could argue for either one on why they should be the one to win the Ballon d'Or award this year.

To be fair it has to be said that Messi has one disadvantage, which is that he's not been able to win any trophy with Barcelona so far this season. They are still in the Champions League but having success in that competition looks very unlikely based on what we have seen from Barca lately.

Chances were that he would lose his title as the world best player to either Ronaldo or Lewandowski at the end of this year as both players would be winning trophies with their clubs this season. This tweet clearly shows the club is happy with the decision, and that likely reflects Messi's mood right now.

Meanwhile, this news will come as a blow to Ronaldo's hope of catching up with Messi's record as the highest ever recipient of the award.

In 2017, Ronaldo won his 5th and last Ballon d'Or award, equalling Messi's record of winning 5 Ballon d'Or awards. But Messi added an additional one to his 5 awards in 2019 to make it six times that he has won it.

Of course Ronaldo will still have the chance to win it again next year but this year presented a really good opportunity as Barcelona is currently struggling.

Ronaldo is very competitive and would like to at least catch up with Messi before he retires. He is still very fit but time is no longer on his side as he would be 36 by February next year. When you consider all these you would see why this decision would be giving Ronaldo sleepless nights.

Do you think the decision to cancel this year's Ballon d'Or award was just and which player did you think is the one that missed out?