Opinion: Why Nigeria Should Give National Award To Ebola Hero Dr. Adadevoh To Remember Her Today. 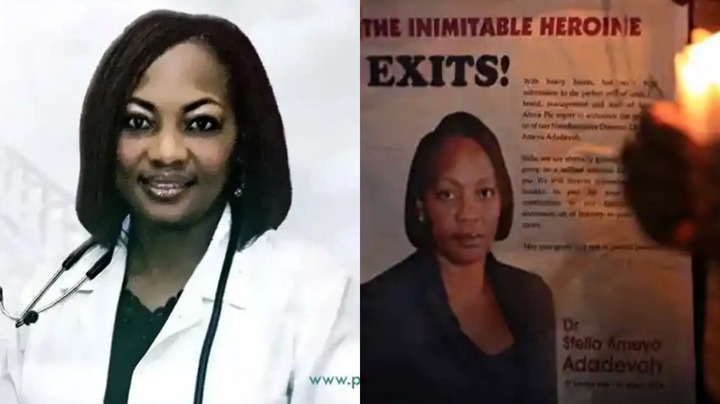 It was on this day, 19th of August, 2014, that a great woman, mother and wife, in person of Dr. Stella Ameyo Adadevoh bade a tearful farewell to this world. She had met her angel of death on the call of duty to her nation. She died from the dreadful Ebola virus, an infectious virus that causes severe bleeding and multiple organs failure, often lead to a painful death.

Mrs. Stella Adadevoh was born in Lagos, October 27, 1956, to the family of Babatunde Kwaku Adadevoh. She was the Lead Consultant Physician and Endocrinologist at First Cardiology Consultant Hospital, Lagos.

Before her encounter with Patrick Sawyer, a Liberian immigrant, she or any other Nigerian doctor has never diagnosed anyone with the virus. However, when the patient was wheeled to the FCC hospital where she worked, she correctly diagnosed the man as the Nigeria's index case.

Meanwhile, Patrick Sawyer failed to cooperate with the medical team that were attending to him, and attempted to force his way out of the hospital to attend a conference that would be holding in Calabar the next day. The situation led to a physical struggle between Patrick Sawyer and the medical team of Adadevoh, there by expeosed them to the virus. On top of that, the Liberian government officials were in the hospital to demand the release of Patrick Sawyer on the authority of the Liberian government claiming the man was being detained by the hospital while on a national mission.

But, Dr. Adadevoh insisted, "for the greater public good, we won't release him". Patrick Sawyer died from the Ebola virus disease on the 25 of July, 2014. And, on August 4, few days after his death, Dr. Adadevoh and seven others from the First Cardiology Consultant Hospital, tested positive to Ebola virus. Two days later, the Nigerian ministry of health announced that one of the nurses, Justina Obi Ejelonu, that attended to Patrick Sawyer had died from the same virus.

Dr. Adadevoh died on the 19th of August, 2014, from the Ebola virus. She was survived by her husband Afolabi and son bankole and other relatives. Reading their comments about her death, one would understand the family were agonized.

And, on 22nd of September, 2014, the Nigerian Ministry of health announced, "As of today, there's no case of Ebola virus in Nigeria." Thanks to Dr. Stella Adadevoh and her colleagues, Nigeria was the first African country to be declared Ebola free. After the whole battle with the dreaded virus in Nigeria, the country recorded 20 positive cases of which 8 people including Sawyer died. Nigeria lost Dr. Adadevoh, Justina Obi Ejelonu, Amos Abaniwo, Evelyn Ikorodu all from FCC hospital along with three other Nigerians to Ebola virus.

Calls For Her Immortality. 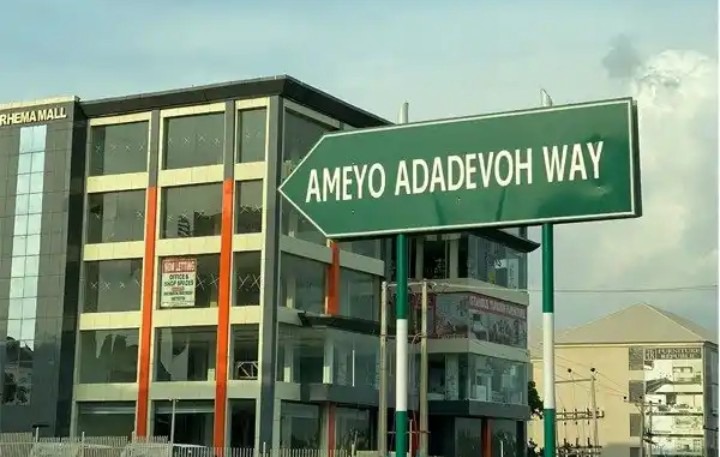 Certainly, what Dr. Stella Adadevoh and her team did was great service to the country. They risked their lives even when they could have released Patrick Sawyer with the excuse that they were pressurised by the Liberian Government to do so. But, they waived their safety and sought public good. What could be more heroic?

And after all the painful deaths, their remains could not be given proper burial arrangement. They had to be cremated, according to protocols, and all the families could have was ashes sealed inside vases. 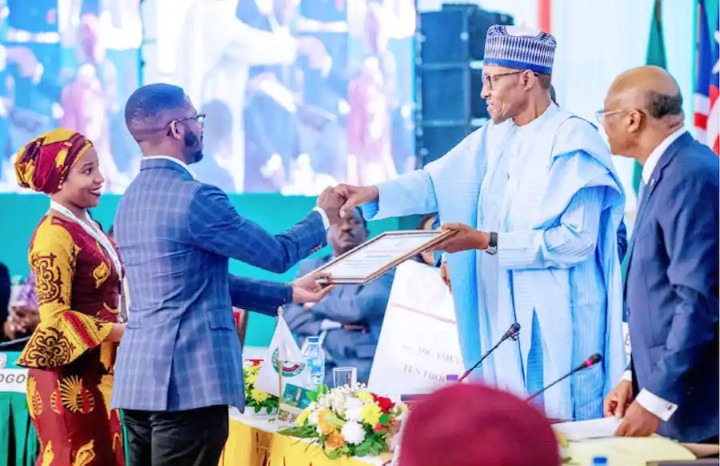 Badly enough, while the late Adadevoh has received many local and international posthumous awards, her name is yet to enter any category in the long list of categories available in the Nigeria's National Honors.

Nigeria's National Honors are set of orders and decorations conferred on Nigerians who have rendered service to the benefit of the nation.

Nigerians were enraged when, on the 18th of September, 2014, the former President Jonathan's government published the list of Nigerians that would be conferred with National Honors for the year, and Dr. Adadevoh's name was not listed in the more than 300 names. The then senior special adviser to the President on public affairs, Doyin Okupe, had to address Nigerians on why the late Adadevoh's name was left out.

According to him, the National Honors were mainly for the living who can attend the Honors ceremony to receive the awards in person - it can't be received on behalf of someone else. He further stated that, Mrs. Adadevoh could not be honored posthumously at the time because such would amount to breaking laws of the National Honor which stipulated that the awardee must be "physically present" to receive the award from the President.

Meanwhile, following the conferment of National Honors posthumously on the late MKO Abiola (GCFR) and late Gani Fawehinmi (GCON) by President Buhari on June 6, 2018, the calls for the late Adadevoh to be immortalised has received unprecedented resonance.

The step taken by the President did not only set a precedence for the National Honors to be conferred posthumously, but after series of debates over the act, it revealed the fact that the National Honors Act is silent on whether or not the awards could be bestowed on a deceased citizen.

So far, the only honor that can be said to have been bestowed on Mrs. Adadevoh is the naming of a street in Abuja after her. There is currently Ameyo Adadevoh layout at the Kado district of Abuja. But, just that is not what she deserves from Nigeria.

Meanwhile, There is currently an online petition created by the Guild of Medical Directors of Nigeria calling on the Nigerian authorities to declare August 19 of every year as the national holiday in memory of Mrs. Ameyo Adadevoh.

Another group which is advocating for the immortalization of Adadevoh suggests the government confers the GCFR, the highest National Honor on her. Mr. Peter Nkanga, a journalist and rights activist said, "Adadevoh and her medical team represents the best of who we are as Nigerians. She deserves Nigeria's highest National Honors award of GCFR for her sacrifice which has been acknowledged and honored around the world, except her country."

In light of the present Covid-19 pandemic, the world at large has known what the widespread of communicable diseases can cause in terms of lifes and properties.In terms of casualties, Nigeria is one of the least affected countries with Covid-19, and the country has recorded 981 deaths as at the time of this report. Meanwhile, USA has recorded more than 171 thousands. The global economy has been greatly affected with many big countries of the world entering into recession.

The reality is that, Nigeria could have experienced worse scenario than the present with Covid-19 had Mr. Sawyer been allowed to have his way out to the public and attend the calabar conference. Dr. Adadevoh and her medical team unilaterally fought and won the war against Ebola virus for Nigeria. Meanwhile, they had to pay out for the war with their lives. Shouldn't we give befitting honor to whom it dues? Let your answer reflect in your response to this post.

And, don't forget to leave a comment to appreciate our fallen heroes.