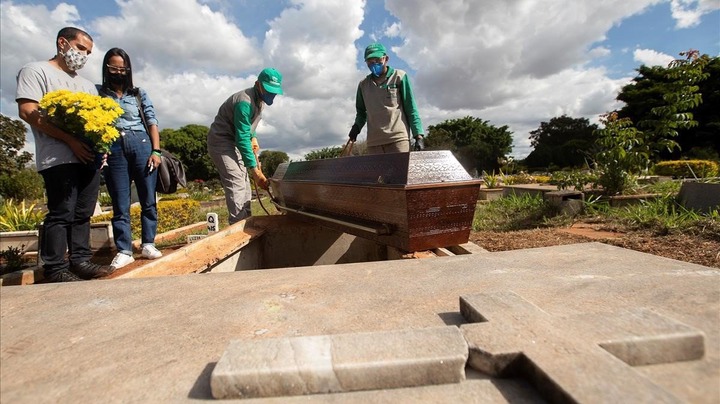 Jair Bolsonaro, who took a new test and came back positive for coronavirus, strongly defended the military role against the health crisis.

I am still positive (from COVID-19). In the next few days I will take another test and, God willing, everything will be fine so that we can return to activity soon," Jair Bolsonaro announced to his followers.

The president reiterated that he hopes to be cured based on the intake of chloroquine, a drug that the World Health Organization (WHO) has objected to.

The retired captain's optimism contrasts with the sense of health risk that surrounds several states of the South American giant. Brazil has recorded 1,261 new deaths and 39,705 infections of coronaviruses on Wednesday. There have been 75,523 deaths and almost two million infections since March. 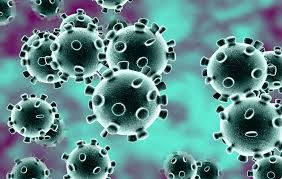 Nine states are reporting an increase in positive cases and other days have more deaths, including the Rio Grande do Sul, Santa Catarina, Paraná, Minas Gerais, Bahia, Pernambuco, Goiás, Tocantins, Mato Grosso and the Federal District.

Bolsonaro has been in isolation since July 7, when its infection was confirmed. A week later the virus is still in his body. The retired captain stays away from the family members who live in the same Alvorada Palace: the first lady Michelle Bolsonaro, her daughter and stepdaughter. All three have already had a coronavirus test and the results have been negative.

In spite of having reduced his activity, the president contacted by phone Gilmar Mendes, one of the members of the Federal Supreme Court (STF) who days ago opened a new front of controversy with the ultra-right-wing government.

Mendes had harshly criticized the presence of General Eduardo Pazuello at the head of the Health Ministry despite his lack of experience in the field. "We can no longer tolerate this situation. It is not acceptable to have this vacuum.

This is bad for the image of the Armed Forces. We must say this very clearly: the Army is associating itself with this genocide, it is not reasonable. This needs to be stopped.

The Brazilian vice president, Reserve General Hamilton Mourao, demanded a retraction from Mendes that never came. Bolsonaro held back his anger in public on the advice of his entourage. His advisors recommended he tone down the discussion.

The president complied with the advice halfway through. Although he spoke to Mendes in a tone devoid of explicit rispidities, once the conversation was over he not only defended the militarization of the Health portfolio. He also assured that Pazuello is a "predestined" and a source of pride for the Army. In explaining his leadership in the fight against COVID-19, Bolsonaro especially highlighted Pazuello's role during the Olympic Games held in Rio de Janeiro four years ago. In light of the results in the fight against the pandemic, the newspaper Folha de Sao Paulo considered it "absurd" that the conduct of health policy has been in the hands of the uniformed for two months when the death curve took the leap that made that country the second largest in the world in terms of deaths.

"Brazil is already an international example of failure to confront the coronavirus, and the number of new cases and deaths shows no sign of abating. By provoking the resignation of two ministers for irrational denial and due to the obsession with chloroquine and data manipulation, Bolsonaro made it very difficult to attract another qualified professional who was jealous of his reputation". According to Folha, "a Health Ministry turned into a barracks branch has no place in any concept of normality".