The issue about students resumption has been generating a lot of opinion from all concerned parties including parents, after the minister of Education halted the proposed plan to open school earlier for students taking WASSCE. Which didn't go well with quite a number of people, even the NASS has rovolted against the development perceived as detrimental to the country's economy and growth. 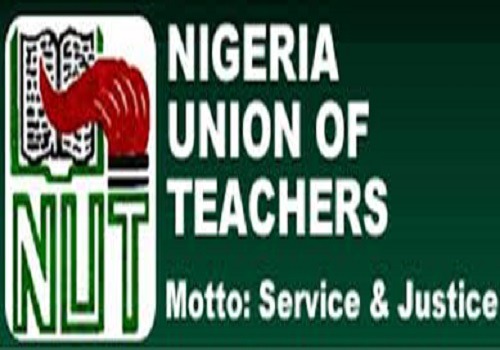 However, The Nigeria Union of Teachers, Lagos State chapter, has come out of it shell to make it stand in the students resumption controversy known, where he has said that it does not buy and agree to the idea of reopening schools in the state. As relayed by The Lagos NUT Chairman, Mr Adesina Adedoyin.

“should school resume, there should be a synergy between the federal and state governments. The task force members know the extent of the pandemic and if the curve has not been flattened, they will not advise schools to reopen. It is people who are alive that can write examinations and use certificates for further studies. What is paramount now are the children; they are the most vulnerable. You don’t know where they have branched or visited on their way home. If we are not careful, the cases we have might increase,” Mr Adesina said.

He further emphasized in his statement that the NUT in Lagos state is not in agreement with the whole idea of school resumption due to the fact that there is a continuous rising in COVID-19 cases and also stated that there is limited testing centres available in the state.He noted that the teachers and pupils were ready to resume, but the health of every stakeholder should be considered and perceived as priority in the state. “It is people who are alive that can write examinations and use certificates for further studies. What is paramount now are the children; they are the most vulnerable. You don’t know where they have branched or visited on their way home. If we are not careful, the cases we have might increase,” Mr Adeshina explained. The NUT General Secretary, Dr Mike Ene, also ceased the opportunity to charge the Federal Government to declare a state of emergency in the education sector and handle the interest of the union and every concerned party wisely