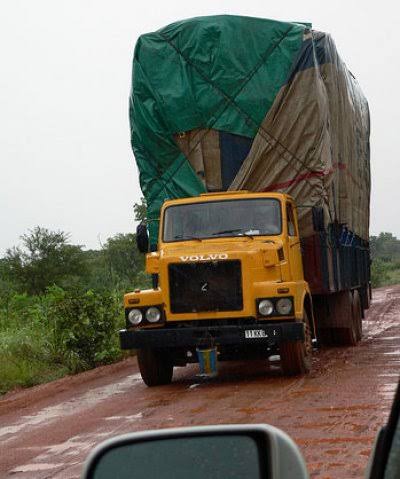 A man who was fined 215,000 for violating Covid-19 rules allegedly commits suicide I Ogun State. Mr Fatai Salami is a truck owner who operates in Ogun State. Fatai's driver was arrested by officials of the Ogun State Traffic Compliance and Enforcement Corps. He was accussed of not observing social distancing in his truck and also not wearing a face mask.

After the accusations against Fatai's driver, the truck was seized and taken to the office of enforcement corps. The driver was fined 250,000 naira for the allegations levelled against him. Fatai's driver decided to call Fatai who rushed down to the office premises where his truck was seized. Fatai continued begging the officials of the Ogun State Traffic Compliance and Enforcement Corps, but they maintained that Fatai must pay before they will release his truck. Fatai was willing to pay 150,000 naira for his truck to be released, but the officials maintained their initial stand.

Fatai decided to sleep at the premises of traffic compliance corps. Salami threatened that he will commit suicide if his truck was not released for 150,000, but nobody took him serious. Salami later drank poison in the premises of the Ogun State Traffic Compliance and Enforcement Corps.

The spokesperson of the Ogun State Traffic Compliance and Enforcement Corps, Babatunde Akinbiyi, denied that the man was a truck owner. He also denied that the traffic enforcement corps seized anyone's truck. According to Akinbiyi, they found the man in their premises and they asked him to stand up, but the man brought out sniper and drank it. He was rushed to the hospital, but he couldn't make it.