12 Year Old Girl Gets Married to Two Different Men within a Month.

By Flaming_Flash (self media writer) | 2 years ago 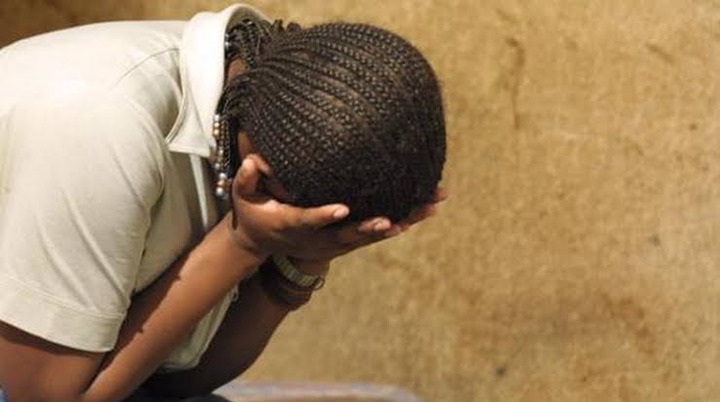 Marrying someone below the age of 18 is a crime in Kenya. But here is a 12 year old girl who has been forcefully made to get married to two different men; old enough to be her father.

The girl's father, who forcefully gave her in marriage resides in Narok County west of the capital Nairobi.

It is reported that a 51 years old man offered four cows as dowry to the father of the girl who forcefully married the girl out against her wish.

With no one to support her, the 12 year old girl escaped from the forcefully weeded man's home and ended in the house of a 35 years old married man as a second wife.

Joshua Kaputah a children's rights campaigner was tipped about the girl in the process of rescuing another girl who seems to be in a similar situation. This got him furious which propelled him to swing into action immediately.

﻿Reasons Behind The Outrageous Acts

After much investigations, coupled with the fact that this wasn't the first of its kind, Mr Kaputah specifically gave two reasons for such acts amongst the people which are:

2)Closure of schools due to the coronavirus pandemic.

﻿He further added that these have played a role in increasing cases of child marriages in Kenya.

﻿Mr Kaputah made it clear that the father later found her and took her back to the 51 year old man whom he had collected dowry from.

The elderly man had ran away before government officials arrived his home to arrest him. Since then, the father and the two men (supposed husbands) have vanished into thin air.

Police are currently searching for them and if found and convicted, could be sent to prison for up to five years and/or be fined of up to 1 million Kenyan shillings (£8,000; $10,000). Local media reports.

The BBC's Peter Mwai in Nairobi says, the Maasai community who inhabit Narok County are being faced with the challenge of under age girl marriage which is unlawful.

He further stated that maasai girls are viewed as assets by their fathers or house leaders who exchange them for cattle to the men they choose for them.

Despite governmental effort to stop such tradition, it still thrives partly amongst the people because of possible lacuna in government policies.

Click her to verify the authenticity of the story.

What do you think could be the solution to this communal menace?