On Wednesday, the Federal Government reiterated that its decision not to allow school reopening due to the coronavirus pandemic remains unchanged as it maintains that it is not positive about the health of the students at this time. Speaking to State House correspondents at the end of the Federal Executive Council's (FEC) virtual meeting in Abuja on Wednesday, State Minister for Education, Chief Chukwuemeka Nwajiuba, stated that the position stated earlier by Minister of Education, Adamu Adamu, on the matter remains unchanged. Adamu announced last week that Nigerian schools will remain closed and secondary final year students will not write the West African Senior School Certificate Examinations (WASSCE) until the ministry finds it appropriate to do so.

When asked about the matter, Nwajiuba said: "We are still meeting with parents about the ministry 's decision. What the Minister said reflects the Ministry's true position; we 're not yet sure that everyone is secure, the NCDC figures are still worrying, and we've put this before parents and all the Education ecosystem stakeholders, we 're still meeting with them. Currently there's a conference of stakeholders scheduled for Monday. "WAEC is also negotiating with other Western African countries on its own part to look at possible shifts in date. When they are done with that meeting and hopefully when we are done with the consultation with the stakeholders, if there is any shift in the role of the Ministry, we will communicate, but as it stands, the Honorable Minister's role, as communicated to you last week, remains the Ministry 's position until more proof to the contrary or further agreements that may alter certain matters. Meanwhile, the minister said the FEC approved a memorandum submitted by his ministry for a contract worth N136 million for the procurement of computers and theater seats at the University of Benin's auditoriums. He said the deal would be funded by Trust Fund for Tertiary Education (TETFUND). He said: "We have submitted a memo for the procurement and installation of theater seats and computers for work in the University of Benin 's auditorium."The project is being funded by the 2019 N136 million Tertiary Education funding allocated to the school and the contract has been approved by FEC as proposed by the University of Benin and will now continue with the procurement process." 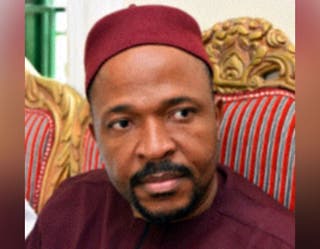