By GoodDadProject (self media writer) | 1 year ago 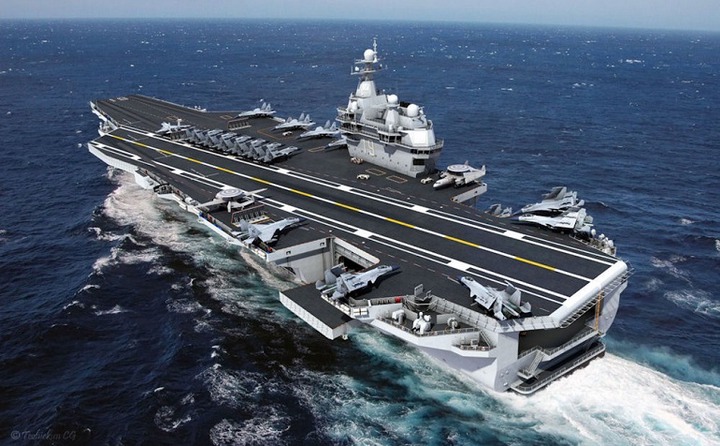 China's second self-made carrier 003 has entered the final assembly stage. In the future, with the help of advanced electromagnetic ejection system, it will be able to take off carrier aircraft faster and more frequently. Two sources said that China is expected to launch the 003 aircraft carrier within the year, while sister ships of the same type are also under construction.

Novel coronavirus pneumonia has slowed down its progress, and the 003 aircraft carrier, has been assembled and is expected to be completed in the first half of next year. China is committed to developing its maritime military strength, and will compete with the U.S. Navy in the ocean. It plans to build at least six aircraft carrier battle groups before 2035.

Just last month, foreign satellites, which have been keeping a close eye on the development of China's latest domestic aircraft carrier, suddenly found that the 003 aircraft carrier built in Shanghai had disappeared. They were very puzzled and began to look for it everywhere. Now, it has been found again less than 1 km away from the original place. From the picture, we can see that the 003 aircraft carrier, which has been rebuilt in the dry dock, is in the process of assembling various large blocks, while the surrounding sections are placed. If the 003 carrier is launched before May next year, it will enter the outfitting stage immediately. Its first sea trial will be in 2022 and its service will be in 2023-2024. By that time, the amphibious assault ships of the United States and Japan have completed the upgrade of carrying F-35B. Recently, the British aircraft carrier threatening to come in 2021 will continue to wander around China. If the 003 aircraft carrier only carries the j-15t, the situation is obviously very unfavorable to China.

Therefore, China must equip the 003 carrier with a new carrier based aircraft. This is the fc-31, version 3.0, which is now undergoing intensive testing. The model of this aircraft added to the navy is said to have been named J-35, which is very hopeful to board the 003 aircraft carrier in service in 2024.

Content created and supplied by: GoodDadProject (via Opera News )