NDDC: Why I went to Court - Joi Nunieh. 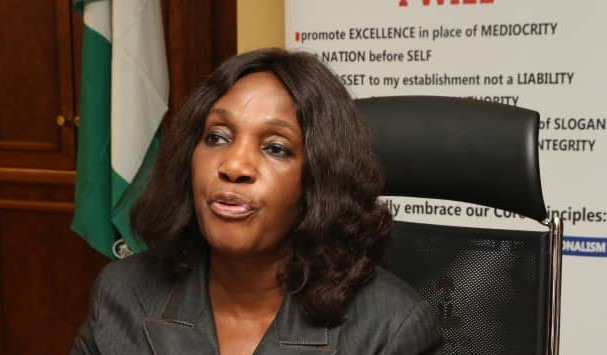 Nunieh’s lawyer, Sylvester Adaka, said recent developments in NDDC have become imperative for the former acting Managing Director of the commission to go to court to seek protection and enforcement of her fundamental human rights.

“If the police, who is supposed to be your friend invade your house suddenly without notice, you should be wary of that friend. And that is exactly what Dr. Joi Nunieh is doing.

“She is wary of the friend (police), who have chosen a method of invasion as if they are chasing a common criminal, who has been on the run and who they discovered where she is, which is not the case.

“So, that is the simple reason she approached the court because she feels ‘if she cannot trust these persons, I think I have to approach the court’. And that is exactly what she has done”, he explained.

Nunieh’s lawyer also frowned at the manner the security operatives invaded the residence of the ex-MD, NDDC, in Port Harcourt.

Her counsel noted that police did not write Nunieh before approaching her house, stating that she is not on the run.

“Dr. Joi Nunieh is not a fugitive. She is not on the run. So, there is no way they should have invaded her house at such early hour of the morning.

“Even if police wanted to see her, phone call would have done, or a properly written invitation which they did not do. It is simple. We need to move forward from this group tactics of invading people’s houses suddenly at odd hours”, he expressed. 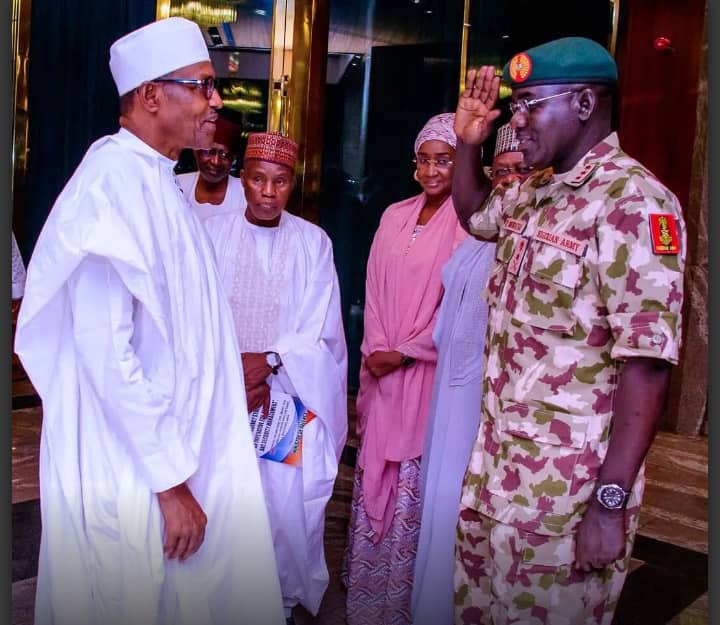 President Muhammadu Buhari is currently meeting behind closed doors with the Chief of Army Staff, Tukur Buratai at the Presidential Villa, Abuja. The acting managing director of the Niger Delta Development Commission ( NDDC), Kemerbrandikumo Pondei on Monday collapsed as he was being quizzed by the House of Representatives Committee on NDDC investigating alleged N81.5billion irregular expenditure by the commission.

Pondei was immediately rushed out by some of his aides, assisted by some security agents.

Consequently, the acting chairman of the panel, Thomas Eriyotimi adjourned the session for 30 minutes. 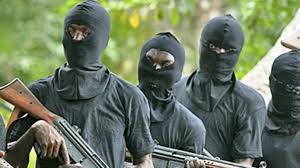 Our correspondent gathered that many of the residents also sustained varying degrees of injuries arising from the shooting.

The incident happened around 11pm on Sunday. The Ikeja Electricity Distribution Company, IKEDC, has paid N250,000 for the burial expenses of the late Taiwo Akinlusi, the goalkeeper of the Ejigbo All Stars Football Club who was electrocuted to death at a betting shop at Eko Akete Plaza, two weeks ago.

Newspot had reported that the bereaved family and IKEDC agreed to meet and discuss on the compensation to be given to the family by the company.

IKEDC made the offers when both parties resumed discussion on Monday, explaining that the offer was the standard practice of the company in such circumstances.

However, while the family accepted the amount offered for the burial, it asked to defer the discussion on the compensation till after the burial.

The family was represented in the discussion by the secretary of the Community Development Committee of Ejigbo LCDA, Barr. Bimbo Olawale.

From the mood of the representative of the family, the compensation was considered too low to give the wife and children a fresh start in coping with the challenges of living.

Akinlusi is survived by his wife, Christiana Titilayo Akinlusi and three children –Adesewa, Olawale and Oluwatimilehin.

The burial programme is scheduled to start with the wake-keep at No 2, Fehintolu Street, Ejigbo, Lagos on Thursday, July 23.

On Friday, there will be a burial service at the same place before the remains of the late goalkeeper will be interned at Atan- Ayobo cemetery in Ayobo, in line with the COVID-19 regulations.