Before you take any stand on this matter, there are some fundamental questions you need to ask first;

1. What is the essence of Tithing?

2. To whom is the tithe given?

3. And who should pay the tithe?

It has become a constant weapon through which the church blackmail the congregation. Other religions like Islam also pay tithe but with conditions that you must not be in any debt and must have saved the money for the period of a year before you pay a 2.5% of such money or equivalent in tithes.

But christianity on the other hand has made it a monthly or weekly things and many pastors have turned it to war against the nonconformists. Even when the economy is harsh, they don't care, you just must pay tithe. 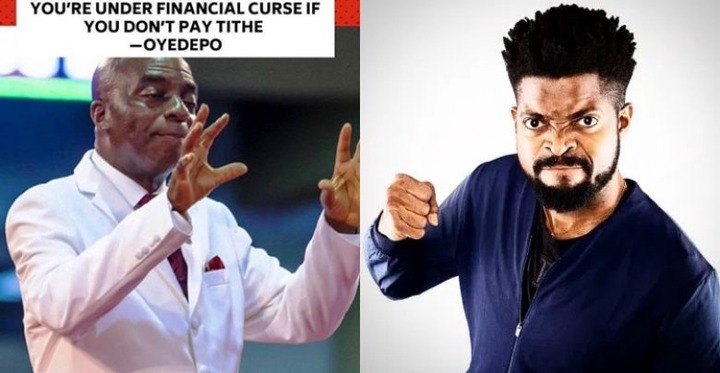 One of such very vocal voices has been the presiding Bishop of Living Faith also known as Winners Chapel Bishop Oyedepo. He has made it his personal war to fight those who do not pay tithes. Even when the churches were closed for prevention of coronavirus, he devised a means by which those who were at home must pay into a personal account through codes accessible by all network providers. There were cases where a people sent more than the amounts they were willing to pay and when they demand their change from the church, the man of God became confrontational.

The peak of it was two days ago when Bishop Oyedepo announced on the pulpit that those who so not pay tithes were under financial curse. He went ahead to associate all financial difficulties to non payment of tithes. This has generated some backlash from the general public. Many believe the best thing for the man of God to do in this economic hardship is to bless people financially rather than reigning financial curses on them for not paying tithes. Many have gone ahead to say, it has become obvious that some pastors run churches as business ventures and do everything possible to prevent losses.

Pastor Oyedepo has constantly fought the government for closing the tabernacle while opening market places.

But his public outburst did not go well with some Nigeria celebrities. Popular Nigeria comedian Bright Okpocha popularly known as basket mouth has written his dissatisfaction on his social media account in response to the man of God statements.

According to Basketmouth, the government are threatening the public with TAX and Value added Tax payments and now the church that is supposed to pray for our financial difficulties are also threatening with financial curse for not paying tax. In this harsh economy.

Basketmouth was not the only celebrity who frowned at Oyedepo's statement. Online personality who has also constantly made his stance know against the Nigeria pastors, Ifedayo Olarinde popularly known as Daddy Freeze did not disappoint his fans yet again by lending his own voice against the man of God. 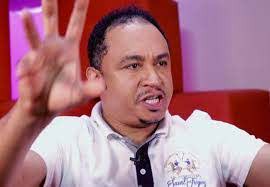 According to Daddy Freeze, Christ did not collect tithe from anyone in his lifetime and also did not curse anyone financially for not paying tithes. He went ahead to mention some billionaires who Oyedepo does not have 1% of their wealth and yet do not pay tithes.

Do you think Bishop Oyedepo is right about his aggressive stance against not Tithing?

If so, is curse the solution to that especially at this very difficult time?