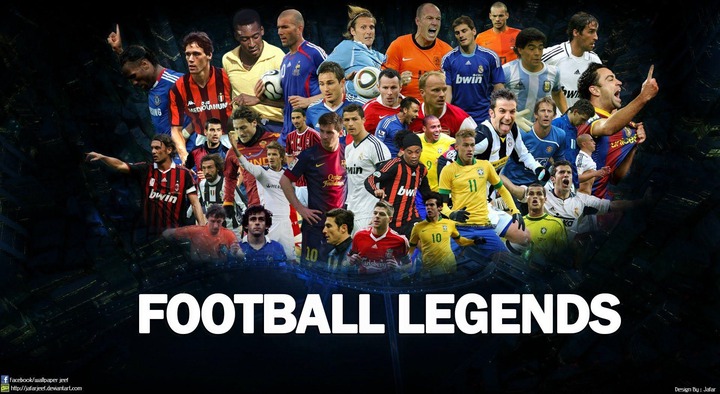 Let me start by explaining what an Honorary Doctoral Degree is all about. An honorary doctoral degree is an award given to someone in a reputable university for the immense contribution he or she has done to the lives of people in the society. This means that, the degree is bestowed as an honor rather than through the completion of certain academic requirements. Those who are honored with this title often do not have any prior connection to the award-giving institution.

Not withstanding, here are the list of top football legend who deserves this award from their home state university and professional football club university, just like Marcus Rashford of Manchester United is on the verge of grabbing his. 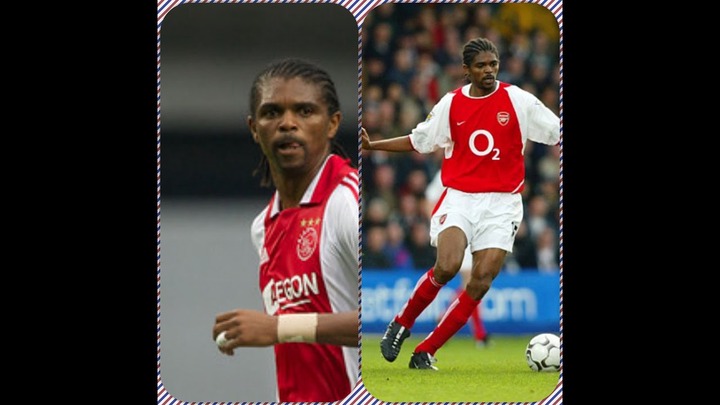 Born 1 August 1976 (43 years) in Owerri, Imo State Nigerian. Papilo as his nickname, was transformed by his tough upbringing in Owerri, where he started playing street football with barefoot where money was hard to come by. He never forget his root and after he joined Ajax from Iwuanyanwu Nationle, he says; "first of priority was to help those back home that didn't have anything. I am a sportsman so what do you do? You try to advise young ones that are coming through. You take boots and jerseys back home, you create an academy, you help them with their school fees". He said.

After he moved to Inter Milan, a medical check up was done on him and the result shows that he had a heart problem. He was advised by doctors in the United Kingdom and Netherland that he ought not to play football again but a surgeon in Cleveland was able to perform an operation to correct the damage. 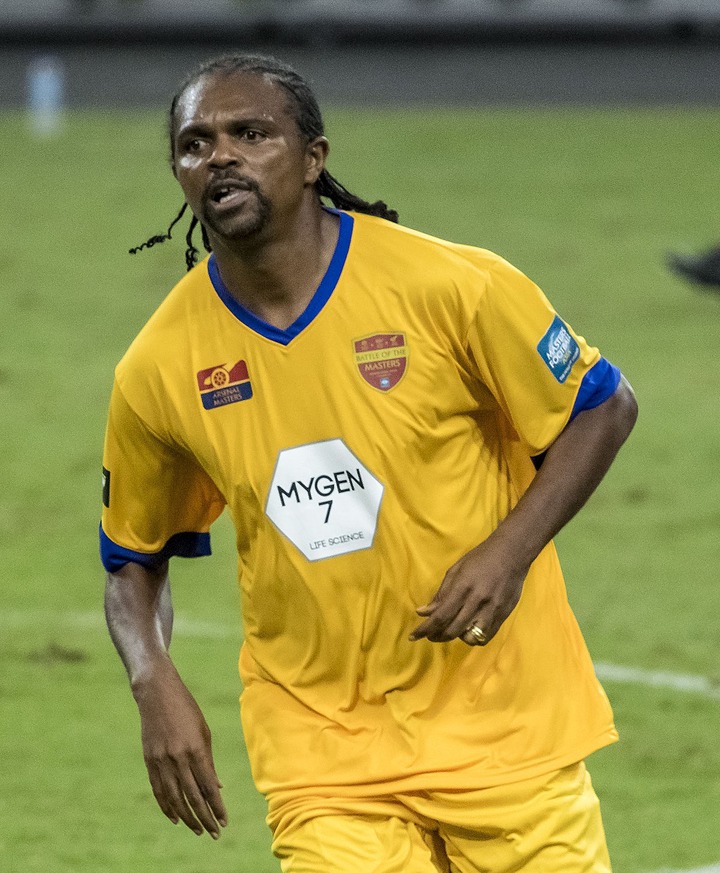 After his recovery, he open a heart foundation (Kanu's Heart Foundation), where over 542 lives has been save since he started the program. In 2012, the university of Jos honored him with an Honorary Master of Arts degree for his achievement in the field of football and philanthropy. His is currently an ambassador for the Nigeria football federation (NFF) and also works for FIFA as an ambassador.

Despite been honored in federal university of Jos, the former African football player of the year Nwankwo Kanu, deserves that same award in his home place of birth university, the Federal University of Technology, Owerri and his professional football club, Ajax and Arsenal, University of Amsterdam and University of London for his immense contribution to Owerrians, Ajax FC, and Gunners. 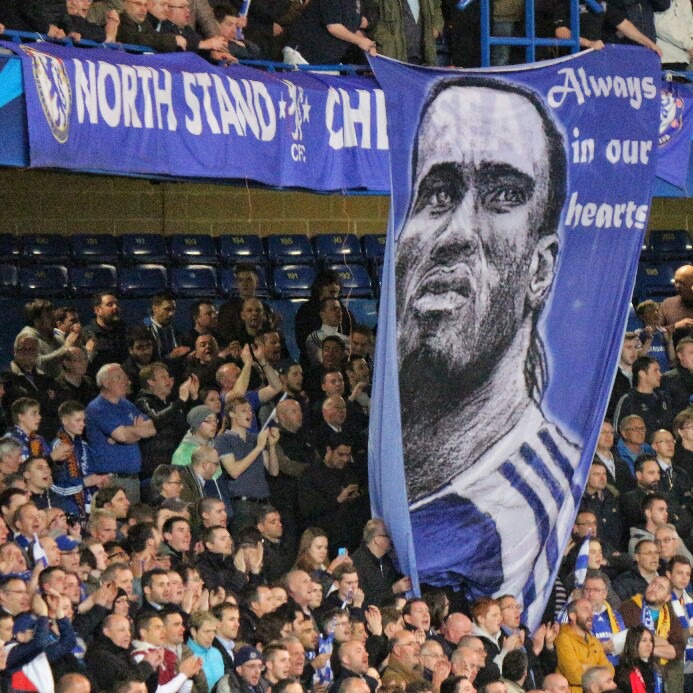 Born 11 March 1978 (42 years), in Abidjan, Ivory Coast. The Ivorian retired professional footballer is best known for his career in Chelsea. Drogba is credited with playing a vital role in bringing peace to his country. After the Ivory Coast qualified for the 2006 FIFA world cup, Drogba made a desperate plea to the combatants, asking them to lay down their weapons, a plea which was answered with a cease fire after five years of civil war. Drogba later helped move an African cup of nations qualifier to the rebel stronghold of Bouake, a move that helped confirm the peace process.

On 24 January 2017, Drogba was appointed by the United Nations Development Program (UNDP) as a Goodwill Ambassador. In September 2011, Drogba joined the Truth, Reconciliation, and Dialogue Commission as a representative to help return peace to his home nation. His involvement in the peace process led to Time Magazine naming Drogba as one of the world's 100 most influential people for 2010.

Drogba charity work continued when, in late 2009, he announced he would be donating the £3 million signing on fee for his endorsement of Pepsi for the construction of a hospital in his home town of Abidjan. The same year, Drogba teamed up with sportswear company Nike(who he is sponsored by) and U2 Frontman Bono on the eve of World AIDs Day to fight AIDs, Tuberculosis, and Malaria. 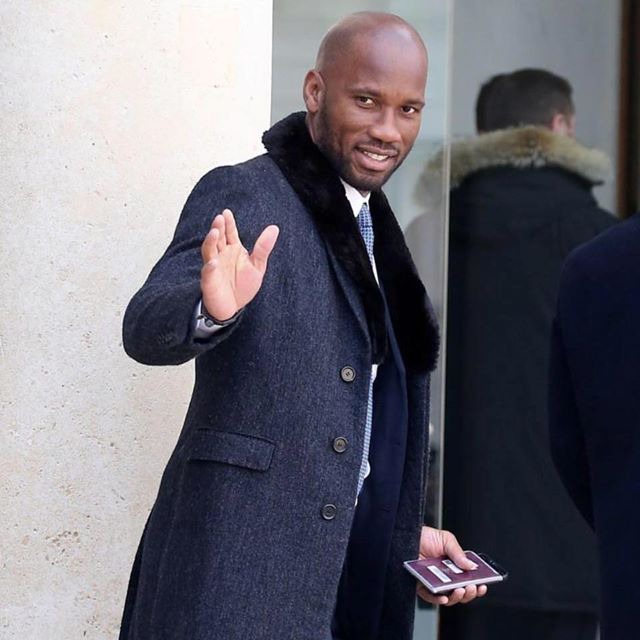 In November 2014, Drogba appeared in FIFA 11 against Ebola campaign with a selection of top football players from around the world. Under the slogan "together we can beat Ebola". On 22 February 2018, Drogba, former AC Milan striker, current Liberian President George Weah, and Kylian Mbappe had meeting with French President Emmanuel Macron and FIFA President Gianni Infontino at the Elysee in Africa, on how to improve African football.

Drogba has also taken part in annual Match Against Poverty alongside Ronaldo and Zindane. His first club Levallios Sporting Club, the amateur club where Drogba began his career, used their percentage of his transfer fees including £600,000 out of the £24 million paid when he joined Chelsea - first to ensure the club's survival, and then to improve their stadium to incorporate modern sports facilities for the benefit of the local community. They renamed the stadium Stade Didier Drogba in his honor.

University of Felix Houphouet in Abidjan his place of birth and University of London where his favourite football club is located Chelsea, need to have awarded the former two times African football player of the year legendary Didier Drogba, with an Honorary Doctoral Degree for his selfless service to humankind. 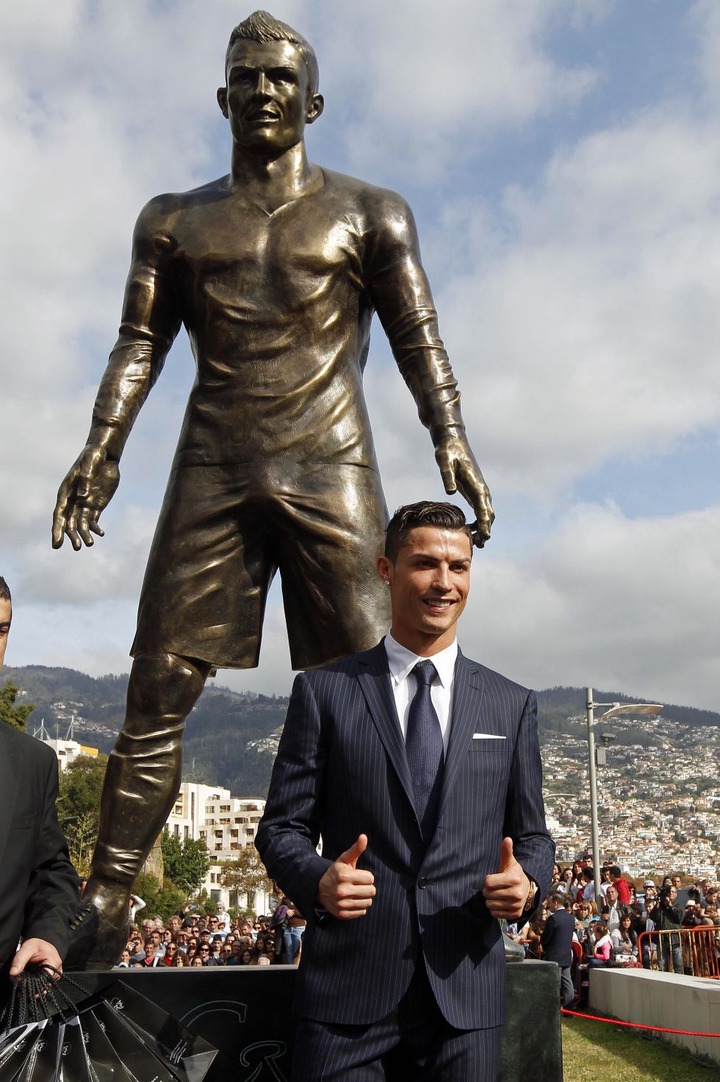 The 35-year-old legend has been involved with charity throughout his career, including UNICEF and Save The Children. As one of the best-paid footballers in the world, Christiano Ronaldo has done more than his fair share for charity. In 2011, Ronaldo auction his European Golden Boot for £1.2, with money going towards building schools in Gaza. In December that same year, a shirt signed by the legend was sold for £31,000 with the money going to save the children and since 2012, the legend has been an ambassador for charity, which aims to improve the lives of children all over the world.

Being an ambassador for UNICEF and World Vision, in 2014 Ronaldo split his £450,000 bonus from winning the UEFA Champions League among the trio of charities. As well as, the £87,000 price he got for being named in UEFA Team of the year in 2013 was also donated to the Red Cross. In 2015, Ronaldo was named as the most Charitable Sportsman in the world by Dosomthing.org. 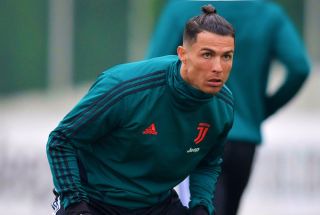 He also donated £120,000 to the cancer centre that treated his mother in his homeland in Madeira, and paid £55,000 to cover the cost of brain surgery for 10-month-old Erik Ortiz Cruz. In 2016 after winning the UEFA Champions League with Madrid, he donated his £525,000 bonus cheque to Good Cause. A year later Ronaldo auctioned the Ballon d'or trophy he won in 2013 in aid of the Make-A-Wish foundation, raising £530,000 for the charity which creates life-changing wishes for minors with critical hillness.

The former five times Ballon d'or winner also donated his blood to countless number of people and during the covid-19, he assisted a lot of vulnerable people with medical healthcare and palliatives. Indeed, university of Madeira, his hometown, deserves to award him with an Honorary Doctoral Degree, and university of Manchester, university of Madrid need to give him same award. 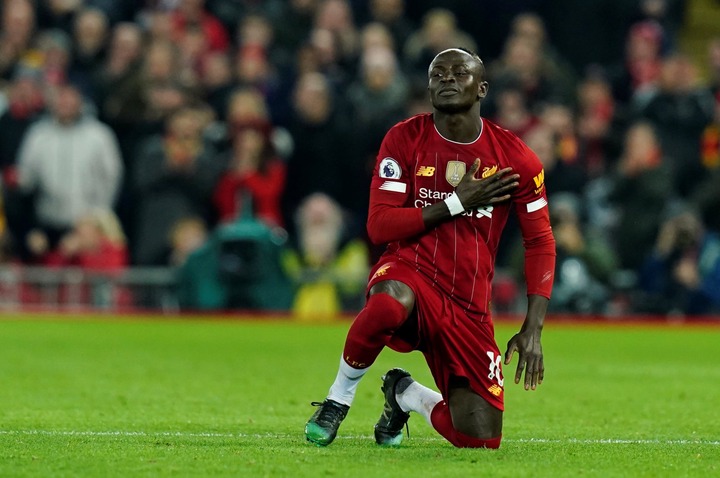 Born 10 April 1992 (28 years), Mane is a professional Senegalese footballer, who plays as winger for Liverpool and Senegal national football team. Mane pursued a career in football despite his father forbidding him from playing the sport as a child. His residence in Allerton has been burgled twice, he is a practising Muslim and occasionally is seen making du'a before the start of each match. Despite his fame and wealth, Mane never forget his roots, as the legend is well aware of the poverty stricken conditions in his home village of Bambaly and he paid for a hospital to be built there. 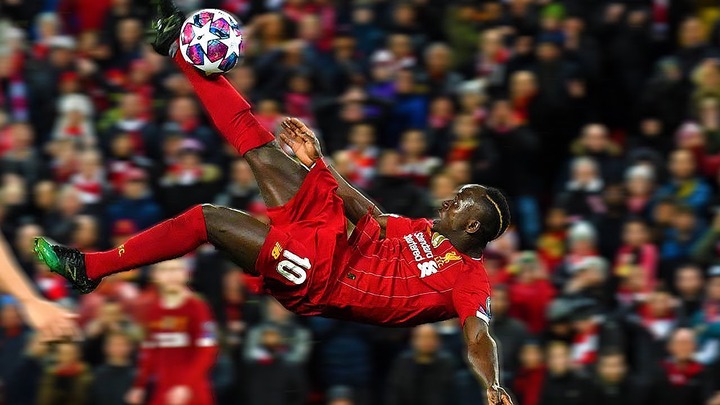 Mane donated £250,000 to fund a secondary school and was spotted visiting the construction site to check on its progress. He also gifted 300 Liverpool shirts to locals in his hometown so they could wear them during the 2018 UEFA Champions League final. Amid the outbreak of coronavirus, Mane donated £41,000 to health authorities in Senegal in fighting the pandemic.

University of Espace Numerique Ouvert De Sadhiou, need to have warded the former African football player of the year Sadio Mane an Honorary Doctoral Degree. Same with the university of Liverpool where he currently play a major role. 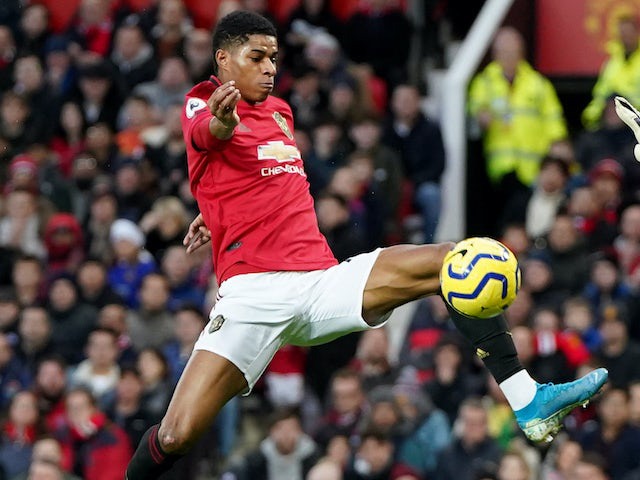 Born 31 October 1997 (22 years) in Manchester, England. The Red Devil is a professional footballer, who plays for England national football team and Manchester United club. During the lockdown, Rashford teamed up with the poverty and food waste charity, Fareshare, a collaboration which has led to £20 million being raised in financial and food donations and enabling 3.9 million meals to be distributed to the country's most vulnerable every week during the pandemic.

On June 15, he pushed the campaign forward even further by writing a heartfelt open letter to the UK government and followed up this message with a high-profile publicity and social media campaign drawing on his own personal experience of using foodbanks and afterschool clubs growing up.

This led the President and Vice-Chancellor of Manchester university, Professor Dame Nancy Rothwel said; Marcus is an extraordinary young man with an extraordinary talent and drive that stretches well beyond the football field. His work for charity and his high-profile campaign will not only help countless young people across the own city, but across the entire country. Our university as social responsibility at its core and this sense of civic pride and duty is something we are proud to share with Marcus. That is why the university is delighted to make Marcus our youngest ever recipient of an Honorary Doctoral degree. She said.

As it stand now, Marcus Rashford is set to become honored by the prestigious honorary doctoral degree at the age of 22.