Lessons Nigerians Should Learn From Man Who Loses N200,000 Job After Addressing His Boss As UNCLE

It was recently reported that a Nigerian man lost a job which is able to worth him the sum of N200,00 (Two Hundred Thousand Naira) as his salary.

N200,00 (Two Hundred Thousand Naira) is a well paying job this period of. much difficulty due to the increase of COVID-19 pandemic world wild.

Image Below Is Uses For Illustration 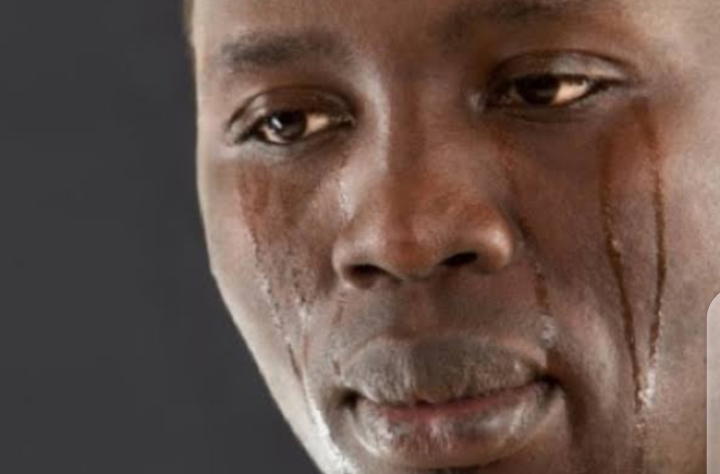 The man reportedly lost such a well paying job because of a mistake which seems to be little. The mistake he made was calling referring to his boss as 'uncle' during an interview in Lekki.

According to report from a popularly known journalist identified as Kemi Olunyolo who reveals details of the in incident on Twitter. The job applicant was the best among other things that came for the interview but the opportunity was withstood as a result of his mistake. This was shared to Facebook and there were different reactions from the public that stood against the employer for restricting the young man due to his mistake. 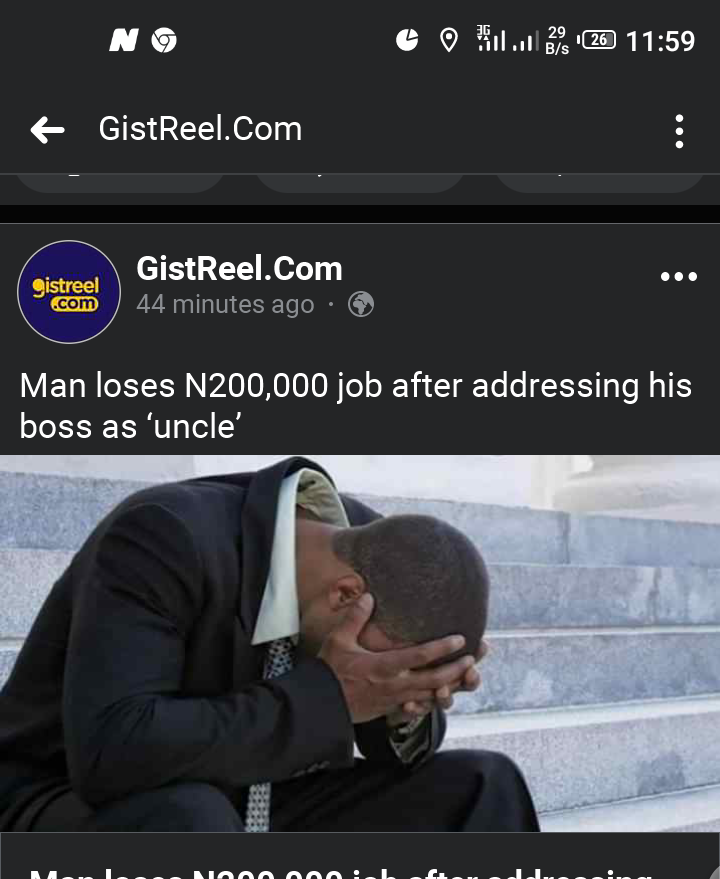 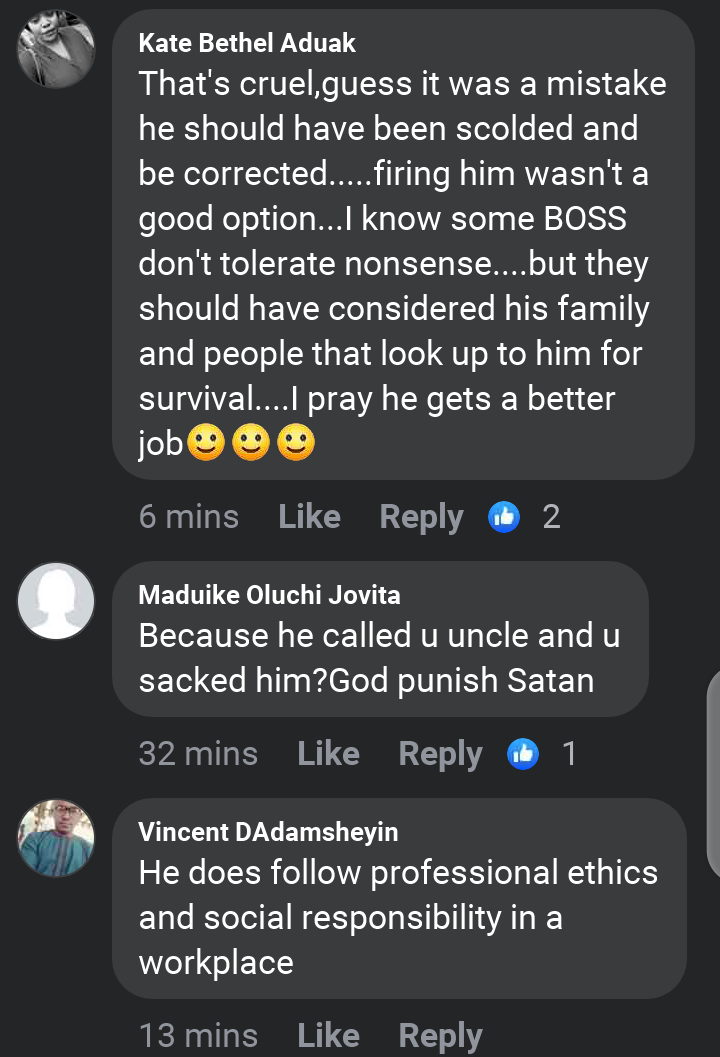 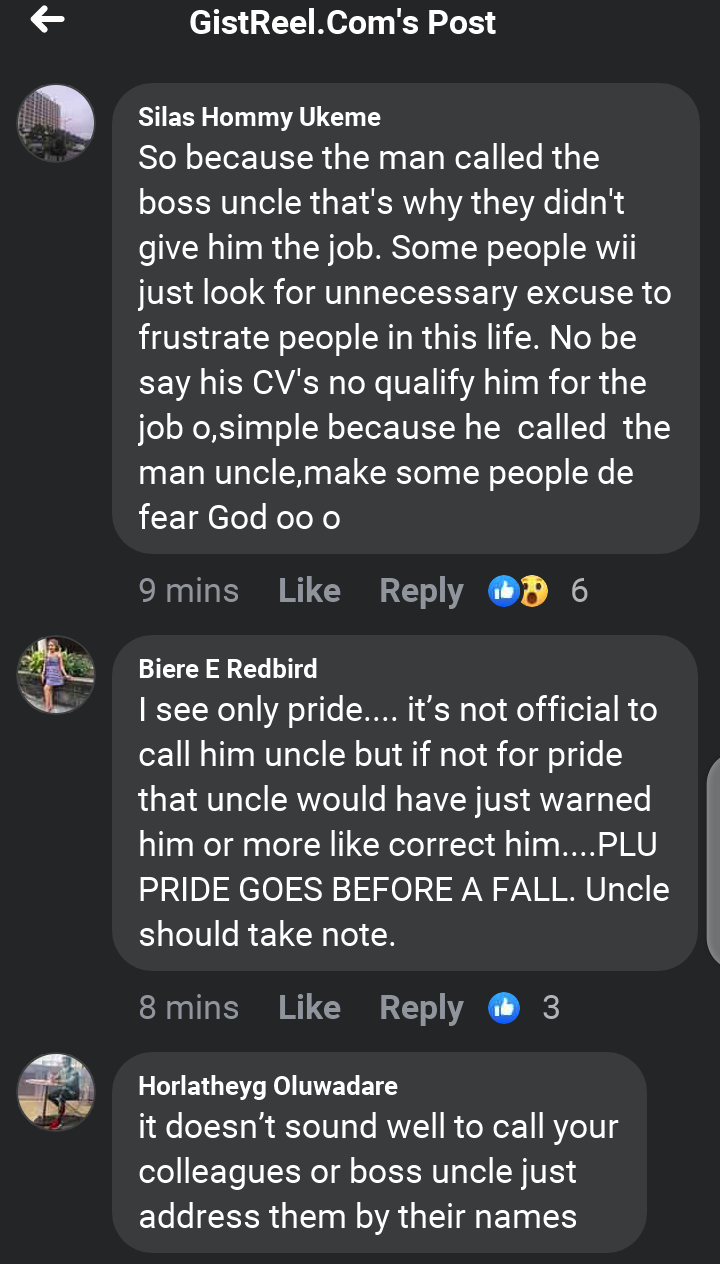 Lessons Nigerians Should Learn From This

1. Be Careful Before You Speak: It is very necessary for everyone to make careful rethink on what he or she wants to say because are spoken words can't go back.

They have been varieties of report daily on issues that arise as a result of careless words. Most Nigerians has been reportedly arrested for making some statement which goes against the rules in the country which should serve as an example to others.

2. Address People Properly: People shouldn't be addressed the way you want but rightly. The man just lost a job which he merited because of the way he addressed his boss during the interview.

'SIR' is normally the official word use to address people in offices and shouldn't be replaced with something else.

3. Be All Round Prepared: He may probably feel he will be able to pass the interview when he is been asked some questions without preparing on how he will relate to people during the interview.

Before anyone goes for an interview he or she is meant to be prepared all round so that there won't be any reason to miss out.

4. Be Respectfully: We should try to portray the habit of been respectful to people around us so that it can become part of us.

Once anyone begins to portray the act of been respectful he or she doesn't need to prepare on how respectful they can address people in offices, marketplaces, schools and others because they are already used to it.

5. Mistakes Means A Lot: There are some mistakes that can't be easily corrected. The man would have probably corrected his mistake, but there wasn't a chance to do so. Let's try to discipline our selves and make sure we avoid any form of mistake because it may yield a very negative result than we ever expected.

My Opinion: Let's try out possible best to avoid referring people wrongly with names that doesn't properly fit their identity.