By VIBRATE (self media writer) | 1 year ago 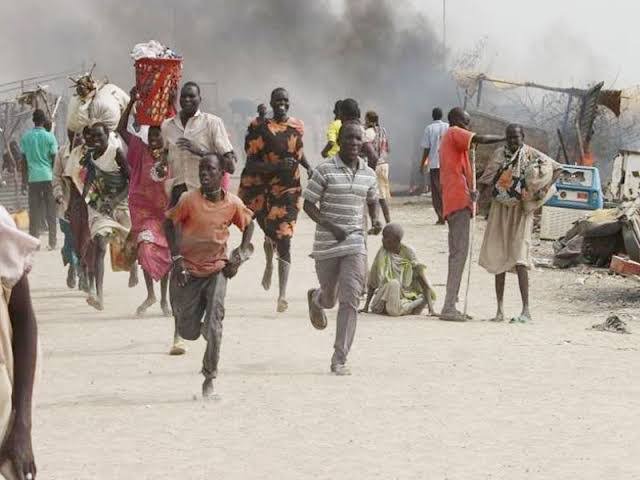 The Katsina State Police Command has said five children were killed in a suspected bomb explosion at a farm in Yammama village, Malumfashi Local Government Area of the state. A statement by the command’s Public Relations Officer, SP Gambo Isah, on Saturday said six other children were injured in the blast which occurred at about 11:30am on Saturday. Isah said: “DPO Malumfashi reported that a loud sound was heard inside the farm of one Alhaji Hussaini Maikwai.

Sources said the insurgents, who were all armed with assault rifles, came on motorbikes at about 3pm and started shooting sporadically in area where the villagers were farming.

An All Progressives Congress lawmaker representing Mashi/Dutsi Federal Constituency of Katsina State in the House of Representatives, Mansur Mashi, has said that President Muhammadu Buhari would no longer be relevant come 2023 if he supports Bola Tinubu's alleged ambition to run for Presidency.

SaharaReporters gathered that they were on their way to Auchi, Edo State, for the burial of late Garba, when the incident happened.

The Catholic Diocese of Enugu has announced the death of its priest, Rev. Fr. Joachim Cabanyes, following COVID-19 complications at the University of Nigeria Teaching Hospital isolation centre. Rev. Fr. Nkemjika Igweshi, Secretary to Most Rev. Callistus Onaga, Bishop of Enugu Diocese, made the disclosure in a statement in Enugu on Saturday. Igweshi said Fr. Cabanyes was a Spanish priest of the Opus Dei Prelature who worked in the diocese and had served the Nigerian Church for about 28 years.

The Katsina State Police Command has rescued 14 kidnapped women and recovered 90 animals. Police spokesman, Gambo Isah, a police superintendent, said this in a statement on Saturday in Katsina. Isah said: “On Saturday at about 1:00hours, the DPO Dutsinma, led Operation Puff Adder to Kwantawama village, Dutsinma Local Government Area(LGA ), based on report that bandits numbering about 40 on motorcycles armed with AK47, attacked the village.