A Father and his Son have Recovered from COVID-19 which they Contracted while Volunteering in Dubai.

By OPcem (self media writer) | 1 year ago 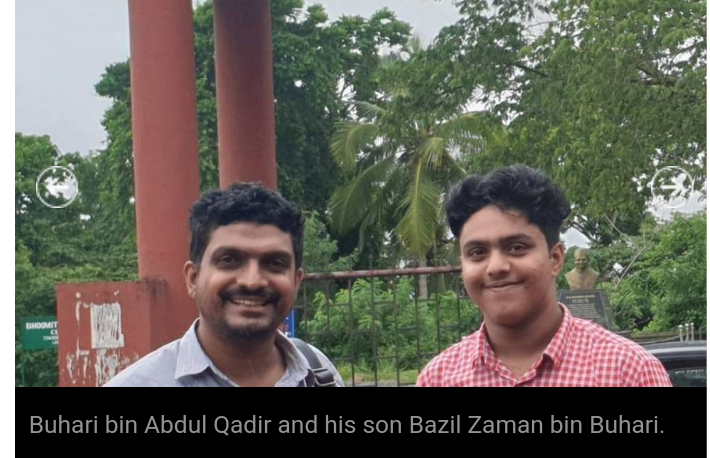 Buhari bin Abdul Qadir who is an Indian social worker and his son Bazil Zaman bin Buhari have both recovered from Covid-19.

Buhari who contacted the viruse in May while helping those in need is a native of Kerala in India and he is affiliated to several charity organisations.

While speaking on how his son contracted the viruse, Buhari said that his son who is studying engineering in Kerala came to Dubai on the base of spending time with him during his holidays.

He said the son however, got stuck in Dubai because of the travel restrictions which was announced after the outbreak of the pandemic.

Buhari said that his son started accompanying him whenever he would go out.

Said a lot of people used to ask him not to take his son along because he might contract the virus but that his was keen on joining in and that he also want him to join because he felt that it would probably be a learning experience. Adding that it will help his son to know that helping and assisting people in need was a rare opportunity.

He said that he visited high risk areas like Naif and Warsan to organise awareness programmes, assemble accommodation arrangement for Covid-19 patients and that he also collected data from them. He said he was involved in shifting people to quarantine centres and as well as distributing food.

Buhari stated that he began to develop the symptoms during Ramadan but he considered it as malaria and went ahead to take paracetamol.

He said that his result came later in the day when his son was leaving for India and that he then realised that he had contracted the disease.

Buhari said: "When you are helping others, you are viewing things from a distance. But to be infected yourself and to know that your loved one is also suffering is quite a different feeling."

He narrated of how his wife, family and friends had been instrumental in helping him to stay positive. He appreciated the staff at Medeor hospital for living no stone unturned which aided his speedy recovery,

He said that he used to counsel Covid-19 patients. But when he was infected, at some point that he really felt low and thought it would just be the end but that the positive words which he got from people around him made him not to lose hope.

He said: "Good thoughts can bring strength to your body, just as good food can."

On the other hand, in Kerala, Bazil was taken to the Kannur Medical College right from the airport, after he informed the authorities there that he was in touch with a primary contact.

He said that after 17 days of isolation at the medical centre and another 14 days of quarantine at a hotel, he was finally released.

The friends and family have wished them and thank God for the family.

How would it have be if a family lose two persons, father and son to health just because they cared for the people in need.