School Reopening: ASUU is the Reason Schools Have not Resumed (opinion). The Federal Government of Nigeria had ordered the immediate closure of educational institutions which included the tertiary,secondary and primary schools nationwide. All Nigerian schools were directed by the federal ministry of education to close on or before the 26th of March,2020 as a precautionary step aimed at preventing the spread of the deadly Corona virus which they all conformed to. We are now in a stage where there have been agitations by the citizens, experts,senators, politicians and other groups for the schools to reopen and the federal government is really giving consideration to such agitations. While some are of the opinion that Nigeria schools be reopened once again,many are indifferent to this issue and have openly kicked against it,one of such people is the ASUU president, Professor Biodun Ogunyemi. He has many times kicked against the reopening of schools and particularly tertiary institutions (universities) on the grounds that the government has not provided facilities needed to maintain the laid down precautions. 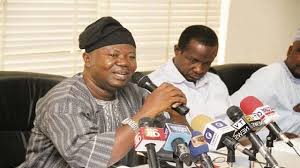 Stay with me to the end,and I promise to make it clear to you who between the two is responsible for schools remaining shut uptil this moment,ASUU or Corona virus.

Recall that the Federal Government had some months back shut down all schools across the country in a bid to prevent the spread of the deadly Corona virus. Just some weeks back,the junior Minister of Education Chukwuemeka Nwajiuba had expressed the interest of the ministry to reopen schools partially to enable the final year students sit for their terminal examinations before it was annulled by the senior Minister of Education Adama Adamu. With respect to Corona virus, Nigeria schools can be reopened provided the following protocols and precautions are abided by:

1. Provision of functional hand washing machines in our schools

2. Compulsory use of face masks

4. Students should be ensured that they maintain social distancing protocols at least two metres away from other students will suffice

5. All schools should be fumigated

6. Lectures should be delivered in batches

7. Outdoor learning would as well do much good as it would promote social distancing and hence limit the spread of the virus. 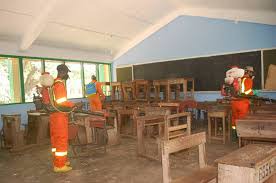 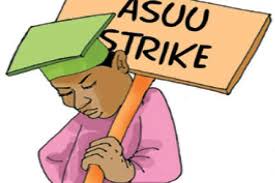 To be candid,ASUU is the more corrupt after the federal government.

Recall that ASUU as a body refused to enrol on the Integrated Payroll and Personnel Information System (IPPIS) tagging the system as being fraught and not reliable for tertiary institutions. According to the federal government,ASUU had made it pay salaries of dead ASUU members in their bid to get more personnel funds. You can now see where I am driving to.

Education is the bedrock of every nation. It is myopic to reopen worship places, airports, hotels and markets where you come in contact with thousands of people while schools where there is decorum is still shut unattended to. There is a force coupled with Corona virus that is responsible for schools to remain closed to date and it's ASUU. People should realize that the Corona virus pandemic won't end anytime soon and as such we have to live and move with it and even if a vaccine is manufactured today,it would practically take months if not years before reaching half the population of Nigeria.

Do you know that according to WHO's report about 405,000 died in 2018 and Nigeria accounted for the majority which is 24% of the total or 97,200? You can now see that in Nigeria, people are just making noises about Corona virus. This is a topic for discussion. I would like each and everyone who read this to drop his or her opinion on this, especially if you are a student.

Do you think Corona virus is the only force hindering the reopening of schools,and do you agree with me that ASUU is also involved indirectly in our schools remaining shut till this time? Let us know in the comments section.

Like I said earlier,it is a topic for discussion so feel free to tell us what you feel about it.

Do not forget to follow me for more updates.

Let's interact in the comments section.

Images used for illustrative purposes only.

Content created and supplied by: Micon101 (via Opera News )