By KingSamito (self media writer) | 1 year ago A new book on Donald Trump written by his niece sold nearly a million copies on the first day it went on sale in the United States, its publisher has said.

Mary Trump's Too Much and Never Enough: How My Family Created the World's Most Dangerous Man is billed as the first unflattering portrayal of the US president by a family insider.

It comes as she revealed on Thursday night that she had directly witnessed Mr Trump using racist language, including the N-word and anti-Semitic slurs.

In an interview on MSNBC, Mary Trump was asked if she’d ever heard Mr Trump use the N-word and antisemitic language, and she replied: “Of course I did. And I don’t think that should surprise anybody, given how virulently racist he is today.”

Mary Trump told the Washington Post on Thursday that the president is “clearly racist”, relating it to her family’s “knee-jerk anti-Semitism, a knee-jerk racism”. “Growing up, it was sort of normal to hear them use the N-word or use anti-Semitic expressions,” she said.

Mary Trump, a psychologist whose father was Mr Trump's oldest brother Fred, accuses the president of hubris and ignorance, and says he fits the clinical criteria for being a narcissist.

The 950,000 copies sold Tuesday, including pre-orders as well as audio and digital versions, "is a company record" for the Simon & Schuster publishing house, it said in a statement.

The president's younger brother Robert Trump went to court to try to block publication, arguing that Mary was violating a non-disclosure agreement signed in 2001 after the settlement of her grandfather's estate, but to no avail.

Simon & Schuster has ordered more copies printed, which will bring the number to 1.15 million for the American market alone. The book also tops Amazon's sales charts in Canada and Australia. 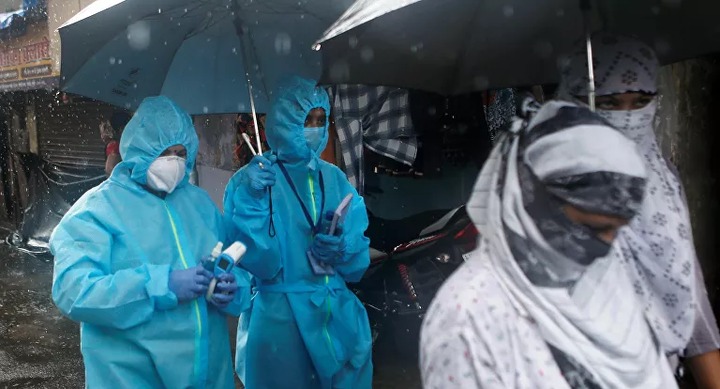 India has confirmed 34,956 new coronavirus cases over the past 24 hours, with the total number of those who have been infected having reached 1,003,832, the country's Ministry of Health and Family Welfare said on Friday.

India's death toll from the disease has reached 25,602, with 687 new fatalities being recorded over the past day.

The state of Maharashtra, with 284,281 confirmed cases, remains the most-affected region. It is followed by the southern state of Tamil Nadu, with 156,369 cases, and the National Capital Territory of Delhi, with 118,645 cases.

India ranks third in terms of the number of confirmed COVID-19 cases, following the United States and Brazil.

To date, more than 13.3 million people have been infected with the coronavirus worldwide, resulting over 580,000 fatalities, according to the World Health Organisation. 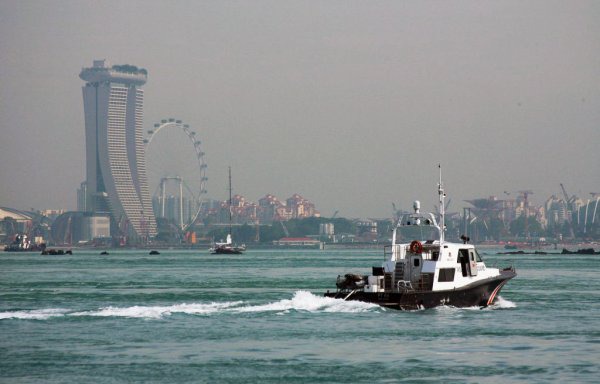 Piracy and armed robbery against ships in Asian waters in the first half of 2020 shot up to its highest level in five years and nearly double the number recorded in the same period a year earlier.

A total 51 incidents were reported in the region in the January to June period, 50 of which were actual and one was an attempt, according to data from ReCAAP ISC, a piracy information group with 20 member nations, mostly in Asia. That compared with 28 incidents reported in the same period a year earlier and is the highest tally since 114 recorded in the first six months of 2015, the data showed.

The incidents occurred in the Singapore Strait and South China Sea, as well as waters off countries including Bangladesh, India, Indonesia, Malaysia, the Philippines, and Vietnam. Thirty-one of the 51 incidents occurred while the ships were anchored and the remaining when they were in transit, according to the data.

Piracy and armed robbery in the Singapore Strait, one of the world’s busiest commercial maritime routes, doubled from a year ago to 16 incidents. Chinese ports recorded no such occurrence in the period versus three incidents last year. A strong earthquake has struck near coastal Papua New Guinea.

The 7.0 magnitude quake hit on Friday, north-northwest of Popondetta, and was 80 kilometres deep, the US Geological Survey said.

Shaking was felt in the capital Port Moresby – about 200 kilometres away - but not strongly.

The nation's disaster management centre said the epicentre was inland near Kokoda and assessment teams had been deployed.

Officials have not yet issued any reports of damage.

The US Pacific Tsunami Warning Centre was also checking for more information from people in the remote area struck by the quake.

No tsunami warning was issued, and earlier concerns about a possible threat had passed, the centre said.

Minor seal level fluctuation may occur in some coastal areas near the earthquake over the next few hours.

Brazil is far from overcoming the Covid-19 pandemic right now, and will reach 2021 with active transmission of the disease, which is estimated to exceed 200,000 human losses, predicted renowned epidemiologist Dimas Covas.

'We are having around 300 deaths per day in Sao Paulo. And this could last until next year,' said the president of the Butantan Institute research center in Sao Paulo, responsible for the production of most of the serums and vaccines consumed in the country, during a virtual debate.

To make the prognosis, Covas took into account the data from Sao Paulo, which for almost a month has been registering a stabilizing trend in the number of deaths due to the disease.

The problem for the specialist is that such stability occurs at high levels, with about 300 deaths per day. 'We are having the explosion of a Boeing 747 a day and it may last until next year,' he said.

For the doctor, the number of deaths and new cases of contagion could only be reduced by total lockdown, which could not be applied in most of the country.