Top Medical Inventions in the U.S authored by Nigerians

By Leinadera (self media writer) | 2 years ago If there is one thing the recent pandemic has revealed, it’s that World's healthcare sector is in dire need of an intervention. The healthcare sector’s challenges and opportunities are well documented. However, it has been largely ignored by the government, despite its significance to economic growth and wealth creation.

The recent coronavirus pandemic has brought this matter to the fore, with government scrambling to curtail an escalating situation. There are challenges with logistics, technology, hospitals, and quarantine centers, finding enough healthcare workers, and more importantly, carrying out testing at a scale. The shortcomings of the government are laid bare for all to see.

It is old news, the fact that in recent times, two very popular Nigerians have shook the world and particularly US by their shameful act - internet scam, which has further entrenched the bad popularity Nigerians have already - particular reference to Hushpuppy and Invictus Undoubtedly, there are exceptional Nigerians who by diligence and hardwork have chosen and different path by writing their names in the sands of time by their jaw-dropping and mind-blowing inventions in medicine. They have gone ahead to prove to the world that black lives matter.

Suffice to say that these Nigerians have added more value to Medicine throughout world and in USA in particular.

We acknowledge the Nigerians who have put us one step ahead in the field of Medicine and given us butterflies in our stomachs like the first time man landed on the moon. Omowunmi Sadik is the inventor of microelectrode biosensors that can detect foreign materials and can be used to spot drugs or explosives.

Sadik also has patents for additional distinct biosensors and is a surface chemist, inventor, and college instructor.

Sadik is the recipient of several fellowships to include the American Institute for Medical and Biological Engineering, the Royal Society of Chemistry, and the National Research Council, to name few.

She is also a collaborator with the Environmental Protection Agency, the National Science Foundation, UNESCO in Romania, Turkey, and Japan, and previously a panel member for the National Institution of Health on Instrumentation and Systems Development.

Sadik is currently a professor at Binghamton University in Upstate, New York, where she is formulating technology that will recycle metal ions from waste for industrial and environmental purposes. 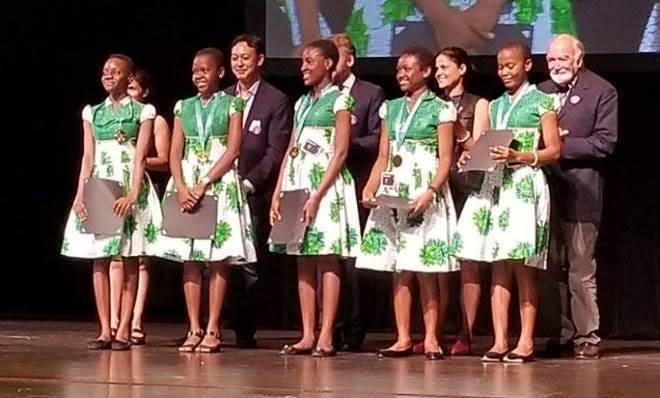 While the nation grapples with many worries on the home front, a few - very few - have been her bright lights in research and invention. One of such Nigerians are a group known as Save-a-soul comprising five young ladies namely Promise Nnalue, Jessica Osita, Nwabuaku Ossai, Adaeze Onuigbo, and Vivian Okoye, they did this by showcasing their science and tech talent and giving the nation more than a few reasons to smile.

This jaw-dropping feat was at The Golden Girls that won big At Technovation Competition in 2018 as the girls overcame stiff competition from students from Spain, USA, Turkey, Uzbekistan, and China. And with over 2000 apps submitted for the competition, this win was far from being easy one.

In August 2018, a team of five Nigerian girls were announced winners of the $10,000 Junior Gold Awards at that year's Technovation World Challenge in California, USA.

Code-named Save A Soul, the group of five developed the FD-Detector, an app to help fight fake drugs. By scanning the barcode on drugs, FD-Detector is designed to determine the genuineness of a drug.

The team has partnered with National Agency for Food & Drug Administration and Control (NAFDAC) to ensure the app goes mainstream and this is the reason you see the packs of everal drugs bearing bar codes which consumers can use to track it's authenticity. Another outstanding Nigerain who has also shown that black life's matter is Bennet I. Omalu, M.D., M.B.A., M.P.H., who was honoured with the Distinguished Service Award for his work in discovering chronic traumatic encephalopathy (CTE) in American football players by the AMA Board of Trustees of the American Medical Association (AMA) for his meritorious service in the science and art of medicine.

A Nigerian-American forensic pathologist, Dr. Omalu discovered CTE while working at the coroner's office in Allegheny County (Pittsburgh) in 2002. He recognised brain abnormalities in several NFL players who evidenced personality changes or cognitive disorders before dying at an early age. He named the condition CTE, and described the abnormal accumulation of tau protein in the brains of these individuals. 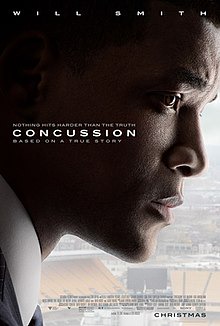 This discovery was later made into a biopic 'Concussion' played with Dr. benneth Omalu played by Will Smith.

The film premiered at AFI fest on November 11, 2015 and was released by Columbia Pictures on December 25, 2015. The film grossed $48 million worldwide and received mixed reviews, although Smith earned a Golden Globe nomination. Seyi is a Nigerian trained doctor and inventor. He received his basic science and medical education at the University of Lagos, Nigeria, with specialist training in Anaesthesia and Critical Care in the UK and US.

Oyesola is credited with co-inventing the CompactOR or the "Hospital in a Box", a solar-powered life-saving operating room which can be transported to remote areas of Africa and set up within minutes.

In order to help bring surgical care to every region of the continent, Seyi co-developed CompactOR, or the "Hospital in a Box" - a portable medical system that contains anaesthetic and surgical equipment. One major advantage of this invention is that the operating suite is light enough to be dropped into inaccessible zones by helicopter and it can be powered by solar panels. Hopefully, our children will have these ones as role models and a proof that Hardwork, tenacity, sincerity, diligence and ingenuity pays.

Content created and supplied by: Leinadera (via Opera News )