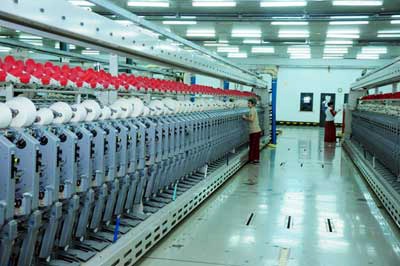 The Government of Uzbekistan pays great attention to the introduction of European standards in the textile production sector, a representative of Uzbekistan Textile and Garment Industry Association (Uztextileprom) told Trend in an interview.

ISO quality standards are introduced in almost all enterprises of the Association's member enterprises. A number of large enterprises have Business Social Compliance Initiative (BSCI) certificates, and established cooperation with international scientific institutes such as Hohenstein, KATRI, TUV and others. Asian shares were mostly lower Monday as investors cautiously eyed the summit of European leaders discussing the pandemic crisis and coronavirus cases continued to soar in the U.S.

European Union leaders were headed to a fourth day of talks without reaching an agreement on an unprecedented 1.85 trillion-euro ($2.1 trillion) EU budget and coronavirus recovery fund to tackle the crisis.

Japan reported trade data showing exports fell 26.2% in June from a year earlier. Japan’s trade-reliant economy has plunged into recession and its outbreaks of COVID-19 cases, while still fewer than the hardest hit nations, have been growing recently, especially in Tokyo.

“Asia markets are looking to a muted start to the week, caught between growing COVID-19 cases around the globe while looking to the series of earnings releases this week,” said Jingyi Pan, market strategist at IG in Singapore. The United Kingdom’s decision to ban Huawei from its 5G networks has dealt a painful blow to China. Until recently, China was still counting on the UK to stick to its earlier decision to allow the Chinese telecom giant to supply non-core equipment for the country’s 5G networks.

But two recent developments made such a decision untenable. The first was the United States’ escalation of its war on Huawei. The US instituted a new sanction in May banning suppliers that use American technology from providing semiconductors to Huawei. Because US technology is used to manufacture the advanced semiconductors that Huawei’s products, including 5G base stations, require, the company’s supply will be cut off, making production of its 5G equipment in the future nearly impossible.

The prospect that a key supplier of the UK’s 5G networks would no longer be able to build and maintain its system is a far more serious threat than potential Chinese snooping is. No responsible government can afford to take such a risk. So, Huawei’s days were numbered as soon as the US government pulled the trigger in May. The only question was when Prime Minister Boris Johnson would tell President Xi Jinping the bad news.

The second development, which made it politically easier for Johnson to embrace the Huawei ban, is China’s imposition of its new national security law on Hong Kong. This draconian legislation, which was proposed in late May and passed by China’s rubber-stamp parliament on 30 June, has for all practical purposes ended the autonomous status of the former British colony. From the UK’s perspective, China’s action is a blatant violation of the 1984 Sino-British Joint Declaration on Hong Kong, which includes China’s pledge to respect and protect the city’s legal system and civil liberties for 50 years after its reversion to Chinese rule in 1997. 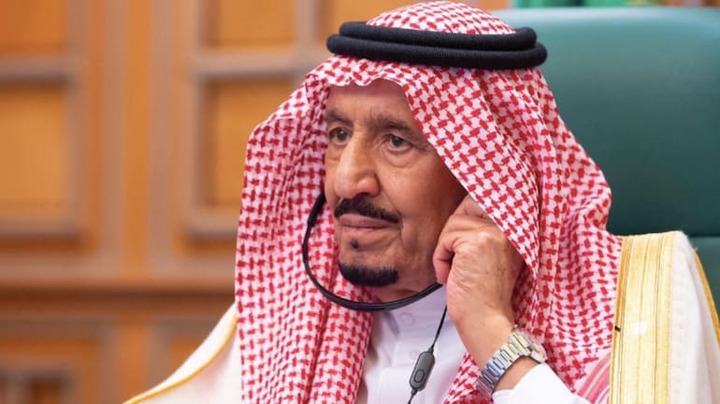 The king, who has ruled the world’s largest oil exporter and close US ally since 2015, was undergoing medical checks, the agency added, without giving details.

King Salman, the custodian of Islam’s holiest sites, spent more than 2-1/2 years as the Saudi crown prince and deputy premier from June 2012 before becoming king. He also served as governor of the Riyadh region for more than 50 years.

The defacto ruler and next in line to the throne is the crown prince, Mohammed bin Salman, widely known by his initials MBS, who has launched reforms to transform the kingdom’s economy and end its “addiction” to oil.

The 34-year-old prince, who is popular among young Saudis, has won praise at home for easing social restrictions in the conservative Muslim kingdom, giving more rights to women and pledging to diversify the economy.

To the king’s supporters, this boldness at home and abroad was a welcome change after decades of caution, stagnation and dithering.

But state control of the media and a crackdown on dissent in the kingdom make it difficult to gauge the extent of domestic enthusiasm.

Iran executed a man convicted of providing information to the United States and Israel about a prominent Revolutionary Guard general later killed by a U.S. drone strike, state TV reported.

The report said the death sentence was carried out against Mahmoud Mousavi Majd, without elaborating.

The country’s judiciary had said in June that Majd was “linked to the CIA and the Mossad,” the Israeli intelligence agency, and alleged that Majd shared security information on the Guard and its expeditionary unit, called the Quds, or Jerusalem Force, which Qassem Soleimani commanded.

Soleimani was killed in an American drone strike in Baghdad in January.

The strike also killed Abu Mahdi al-Muhandis, deputy commander of Iran-backed militias in Iraq known as the Popular Mobilization Forces, and five others.

Iran later retaliated for Soleimani’s killing with a ballistic missile strike targeting US forces in Iraq. That same night, the Guard accidentally shot down a Ukrainian jetliner in Tehran, killing 176 people.